Part of Hysteria: a Festival of Women, presented by Buddies in Bad Times Theatre 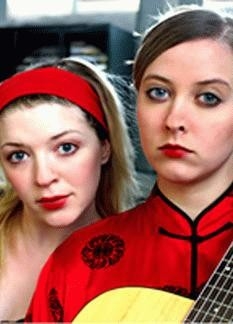 Please be advised that OCAD U hosted events may be documented through photographs and video. These images may be used by the University for promotional, advertising, and educational purposes. By participating in our events, both on campus and off-site, you consent to allowing OCAD University to document and use your image and likeness. However, if you do not want us to use a photo or video of you or your child, please don’t hesitate to let us know when you arrive at the event. You’re also welcome to get in touch with OCAD University’s Marketing & Communications office: communications@ocadu.ca.

Be mindful of those in our community who have scent sensitivities; please help OCAD U maintain a healthy, scent-free campus.