In conjunction with the exhibition Painted Identities at John B. Aird Gallery, artists in the exhibition will have a conversation about the role their identity has--or has not--played in the creation of their work. A discussion of the role of identity politics in painting, the art world and beyond. 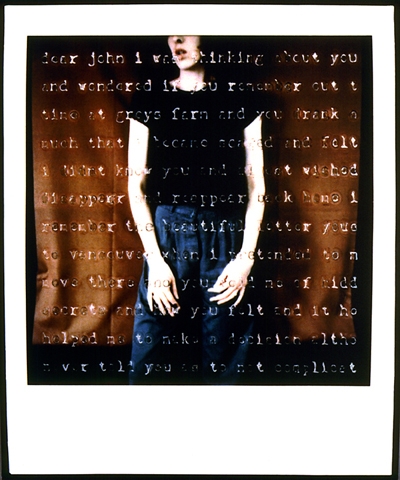 TORONTO — Toronto in the 1970s and 1980s was a city growing into its international status. Along with the city’s boom came the social and political upheavals of the era; the Spadina Expressway protests, bath house raids and fights over pay equity, multiculturalism and social housing dominated the headlines. In the midst of this, a new generation of Toronto artists emerged, pushing the boundaries of sculpture, painting and photography and exploring new ways of art making including video, installation and performance. This fall, the Art Gallery of Ontario (AGO), revisits that complicated era with a wide-ranging display of artists and artwork. Toronto: Tributes + Tributaries, 1971-1989 opens on Sept. 29, 2016 and runs until May 2017, filling the entire fourth floor of the AGO’s Contemporary Tower.

Initiated by Andrew Hunter, the AGO’s Frederik S. Eaton Curator of Canadian Art, Toronto: Tributes + Tributaries, 1971-1989 is curated by Wanda Nanibush, Assistant Curator of Canadian and Indigenous Art. The title of the exhibition—a reference to the city’s many buried waterways—serves as a visual metaphor for the diversity of the art scene and its similarly buried histories.

Drawing heavily from the AGO collection and featuring more than 100 works by 65 artists and collectives, the exhibition will be accompanied by a live performance series, a film and video festival, as well as satellite installations throughout the Gallery. Organized thematically, the exhibition is bookended by two significant works from the AGO’s collection, General Idea’s The Miss General Idea Pageant (1971) and Rebecca Belmore’s sculpture Rising to the Occasion (1987-1991).

“In the tension between these two works—one a critique of the art world’s star system, and the other a deeply personal, politicized performance—we see how substantially things changed in only two decades,” says Wanda Nanibush. “Throughout the 1970s and 1980s, issues of democracy, race, gender, sexuality, and colonialism made real headway in exploding the traditional art historical categories. In this period we see not only a plurality of voices emerging but the very definition of artistic practice expanding, encompassing publishing, theatre, performance and identity politics.”

Punctuated by references to Toronto and its cityscape, the exhibition highlights the era’s preoccupation with ideas of performance, the body, the image, self portraiture, storytelling, and representation. The artists featured came from a range of backgrounds and generations, drawing on personal anecdote, humour, critique as well as familiar images of people and places to inform their work.

Artists and collectives featured in the exhibition include Michael Snow, Joanne Tod, the Clichettes, Duke Redbird, Barbara Astman, Robin Collyer, Robert Houle, Carol Conde and Carl Beveridge, June Clarke, Ato Seitu, and Lillian Allen. This is the first time since the AGO’s reopening in 2008 that many of these seminal works have been on display. Exhibition panels will include texts in both English and Anishinaabemowin (Ojibway), acknowledging Toronto as the traditional territory of the Mississauga people.

Intended as an evolving display, many of the works in the exhibition are scheduled to be rotated in January 2017, inviting visitors to rediscover even more artists including Vera Frenkel, Jayce Salloum and FASTWÜRMS. Satellite exhibitions will be installed in the J.S. McLean Centre for Canadian Art and the Marvin Gelber Prints & Drawings Treasury. These evolving installations will draw connections between the exhibition on the fourth floor and other collections within the Gallery.

PROGRAMMING
To mark the opening of the exhibition, the AGO hosts a free public opening on Sept. 28, 2016 in Walker Court from 6 to 9 p.m. Partygoers will have a special sneak peek of the exhibition that evening following remarks at 7 p.m.

In tandem with the exhibition, the AGO presents a dynamic six week-long series of free live performances, entitled Toronto: Tributes + Tributaries in Performance. A mix of new commissions and revivals, the series features artists Rebecca Belmore, Jérôme Havre, Walter Scott, Lillian Allen, Louise Liliefeldt, Keith Cole, Johanna Householder, Ame Henderson and Evan Webber. Rebecca Belmore and Jérôme Havre will create installations for Nuit Blanche on Oct. 1, 2016 and Lillian Allen will guest-program AGO Friday Nights in October, culminating in a performance in Walker Court by Allen and her collaborators on October 28. All other performances will take place inside Signy Eaton Gallery. More details, including a schedule of performances, will be posted on www.ago.net in the weeks to come.

A film and video festival dedicated to Toronto’s pioneering video artists from 1970s and 1980s, coordinated in partnership with V-Tape and CFMDC, will run in Jackman Hall from March 9 to 12, 2017. More details, including a full schedule, will be announced in the coming months.

The exhibition is accompanied by the 128 page soft cover publication, Toronto: Tributes + Tributaries. Written by Nanibush, this richly illustrated essay is the second in the new AGO Toronto series, published by the AGO and dedicated to telling the story of Toronto and its artists. The book will be available exclusively in shopAGO as of Sept. 26, 2016 and is priced at $9.95.

ADMISSION
Toronto: Tributes + Tributaries, 1971-1989 is included with the price of general admission and is free to AGO members. More information on the benefits of AGO membership can be found at www.ago.net/general-membership.

Toronto: Tributes + Tributaries, 1971-1989 is organized by the Art Gallery of Ontario.