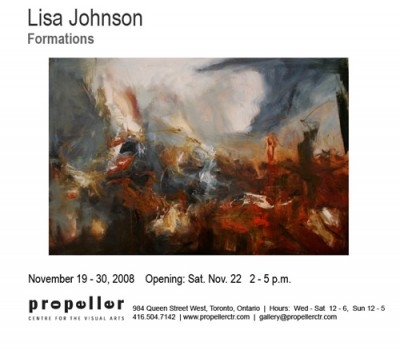 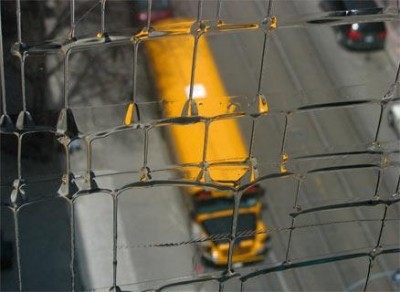 Bate will be creating a large scale wall and window drawing in honey of the roman coloseum, relating to the fragility of civilization. 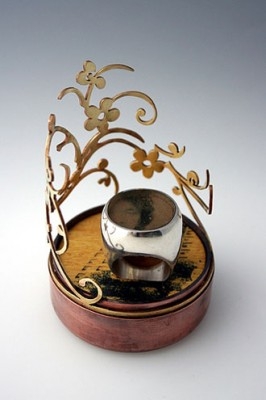 York Quay Centre in Toronto presents an exhibition of work by Harbourfront Centre's Jewellery Studio artists-in-residence: Marina Babic, Patrycja Zwierzynska and OCAD alumni Suzanne Carlsen, Annie Tung and Margaret Lim. The artist-in-residency programme celebrates and advocates diverse approaches to making. Conceptual concerns may differ but cohesion is achieved by virtue of these variances and the use of the body as site. Traditional and non-traditional materials are used, scale is challenged and ideas about a jeweller’s role in society are explored. 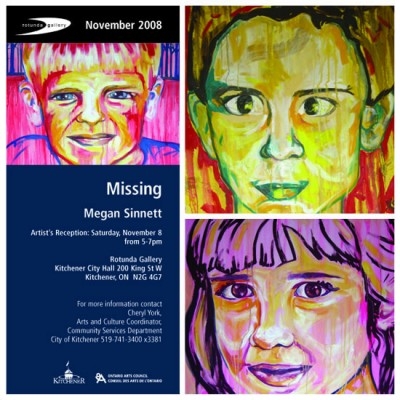 You’ve seen the photos – blurred images of smiling children caught in a moment by the camera’s flash. Their immediate happiness belies the fact that they have gone missing. Their faces become the subject for “Missing,” the November exhibit at the Rotunda Gallery at city hall, by artist Megan Sinnett.

The exhibit ponders what it means to be “missing.” How can any living being simply vanish, and why haven't these children been located or identified? If these children are still alive and well -- for instance, those who have been abducted by a restraining parent -- do they even know that they are considered “missing”?

These portraits are immediate and unspecific, much like the aged and blurred photographs that they are based on. They are immediate in terms of process and creation, but also timeless in the way these reference images intend to keep some essence of these children alive.

Through the application of expressive bruststrokes, these faces lack crispness and detail, and sometimes drip into the under-painted background, slipping away. This void, both painterly and symbolic, reflects the array of unanswered questions that revolve around each of these cases. Sinnett wishes not to bring these portraits to life, but rather to portray these children as they are in these latent photos, where identity is strangely absent.

An Exhibition Assistance Grant has graciously been provided by the Ontario Arts Council.

Megan Sinnett
As a recent BFA graduate from OCAD University, this marks the first solo exhibition by Megan Sinnett. Her work has been exhibited in artist-run, commercial, and public galleries across Ontario, including the OCAD Gallery, Spin Gallery, Gallery 1313, and Xpace. 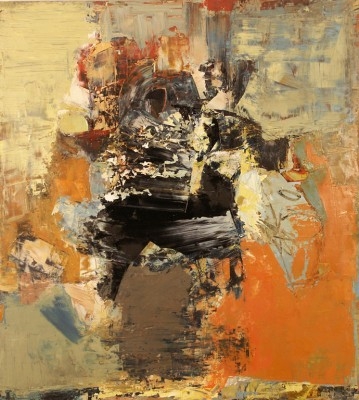 “Being able to take the paint right to the hard edge and then over is exciting,” says Puchala about her leap to a larger format, and from mylar to wood panel.

Independent curator and art writer EARL MILLER references this “definitive notion of edge” in Puchala’s work by recalling how Pollack and DeKooning “attempt to visualize in abstraction the sensation of standing on the edge of an abyss.”

Gripping these peripheries, Puchala paints the power surge that connects the abstract to the visceral. “By doing so,” writes Miller, “Puchala proposes that the act of painting bears equal significance to the finished project,” noting also that in Puchala’s exposure of the underpainting, she reveals her connection to the work’s unique history and process.

About Puchala’s work, GARY MICHAEL DAULT writes: “Every smear, sweep, swirl, pool, puddle, coagulation, hook or eye of it, every impress of one hue upon another, every juxtaposition of one hue to the next hue, speaks to the whole work, and, ultimately, to the viewer.”

SUMMER SMOKE & PAINT is Puchala’s sixth solo exhibition in 12 years. She has exhibited at Mittica Gallery, Mercer Union, John B. Aird, Gallery 1313, and the Art Galleries of Mississauga, Peel and Woodstock [London, Ontario.]

The exhibition continues through Saturday, November 15, 2008.

Special thanks to the Ontario Arts Council

Take a peek inside the collective imaginations of 8 talented artists, including OCAD alumni Sheila Jonah and Astrid Ho, whose work features original styles, techniques and media. Signed, numbered, hand made originals are rich in imagery, and project each artists’ unique voice.

Pay What You Can ($4 Donation Suggested)

About SpeakEasy
SpeakEasy is a monthly gathering of Toronto's creative community. It's an opportunity to network, share ideas, and keep in touch with the pulse of Toronto's creative professionals. Since 1996 it has grown from a get-together of a few friends to an event that now draws regular crowds of up to 300.

SpeakEasy takes place 8 times a year, on the first Thursday of the month, at The Gladstone Hotel.

The atmosphere at SpeakEasy is casual...conducive to innovation and inspiration. 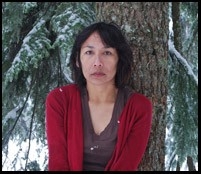 This new media commission by OCAD alumna Rebecca Belmore considers the moments when Demasduit, a young Beothuk woman, was captured by colonists at Red Indian Lake, and her husband Nonosabasut was killed trying to save her. Extending her investigations of contemporary and historical aboriginal identity, Belmore personalizes historical record, highlighting the inseparability of past experiences from the present. The acclaimed Canadian artist explores the interplay of myth, history, and fiction in the new video work that centers upon this key narrative in the history of the Beothuk and accounts of the extinction of the indigenous population in the province. The installation features selected collection holdings of The Rooms and the original miniature portrait of Demasduit on ivory by Lady Henrietta Hamilton (ca. 1780-1857), on loan to The Rooms Provincial Art Gallery by Library and Archives Canada.

Organized by The Rooms Provincial Art Gallery with the support of the Media Arts Commissioning Program of the Canada Council for the Arts.

OCAD alumni Liz Russ and Linda Kristin Blix invite you to the opening reception of their new exhibit, Levels 2/ Perspectives, at Gallery 888.

The exhibition continues - on weekends only - through October 26. 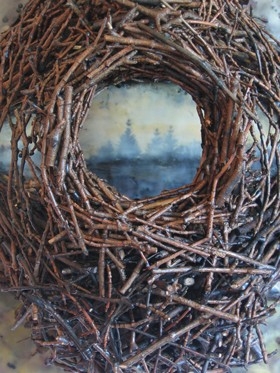 The Propeller Centre for the Visual Arts in Toronto presents a collaborative celebration of the circle using natural materials and encaustic, by OCAD alumni Daniel Beirne and Andrea Bird, who combine their mediums to push into new territory, both as individuals and together.

Artists will be present on October 19. 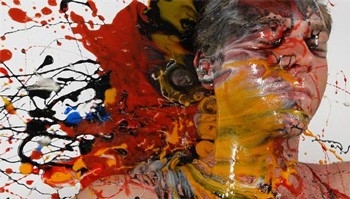