Artworks is an Exhibition of OCADU Alumni Art for sale organized by the Alumni Association for the purpose of showcasing alumni work and supporting Student Scholarships and Bursaries which allow current OCADU students to thrive and create.

EXHIBITION will be held at OCAD University in The Great Hall, 100 McCaul Street, Toronto, Ontario. 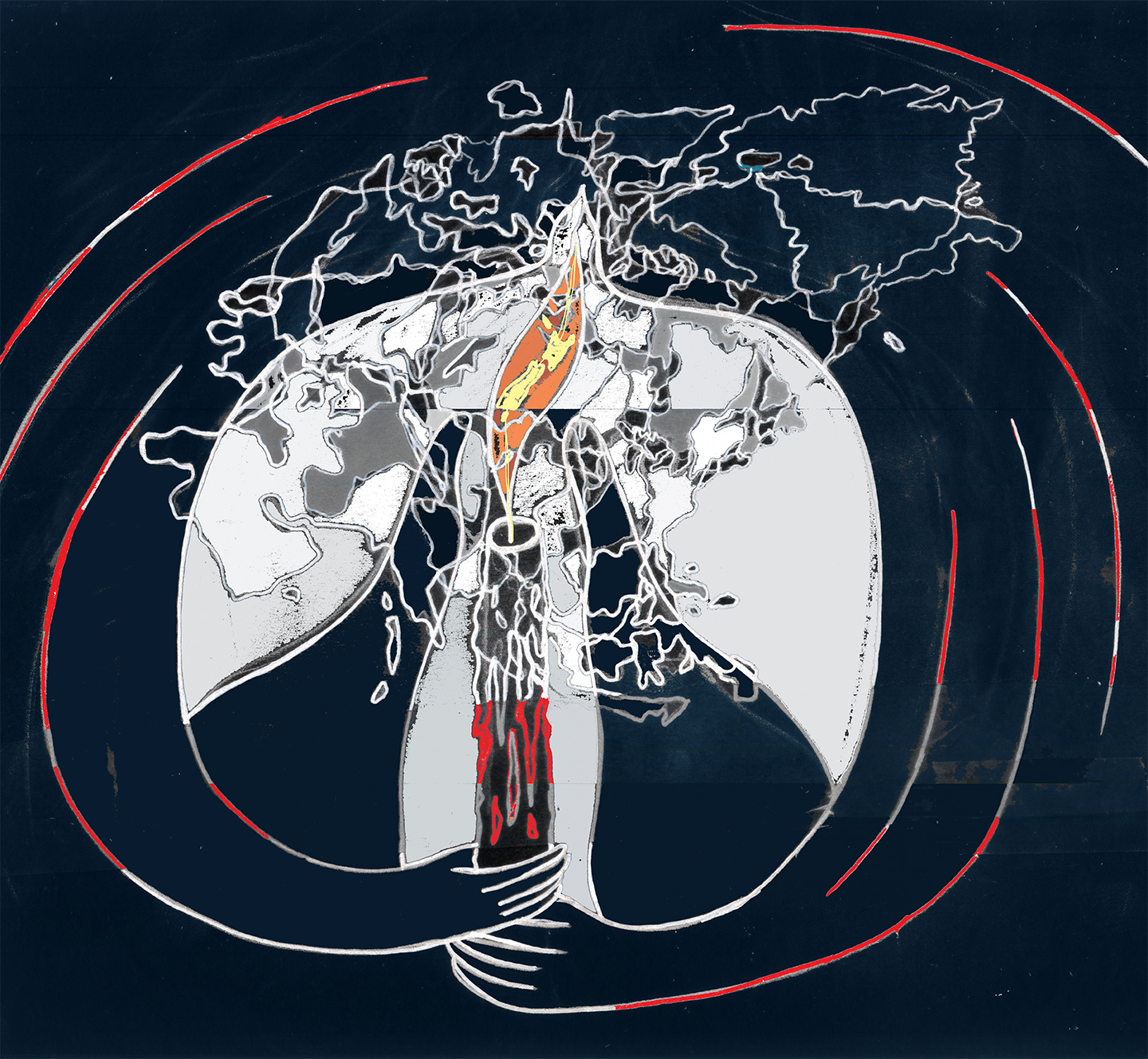 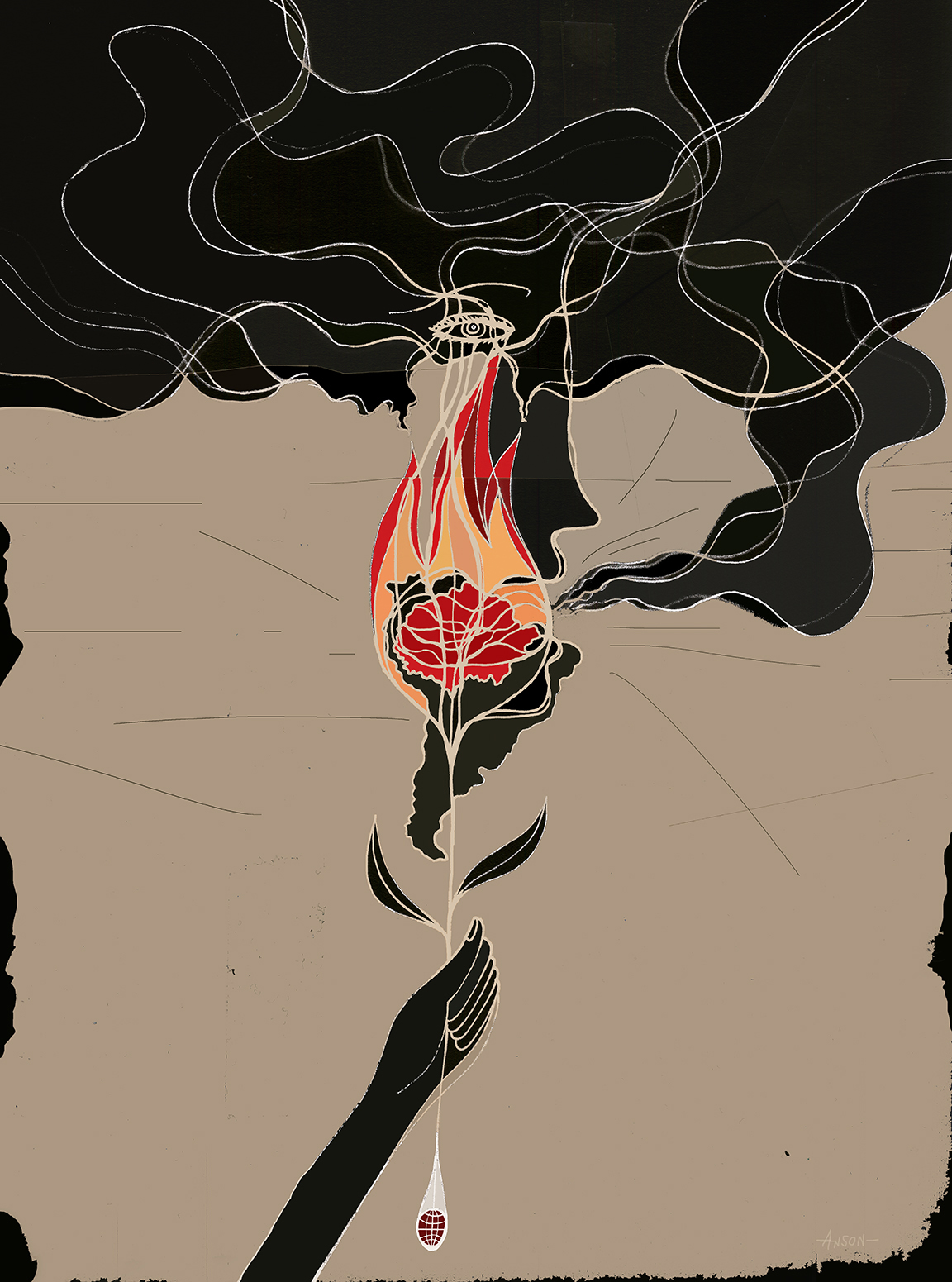 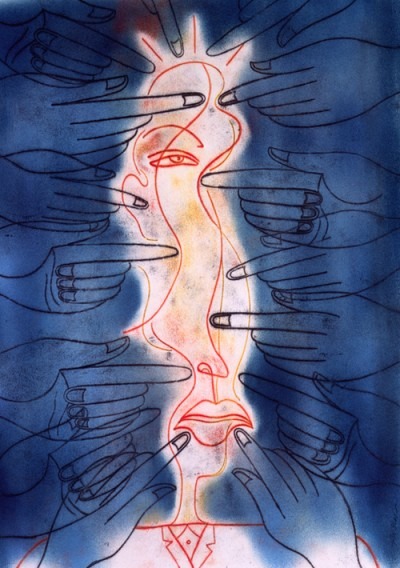 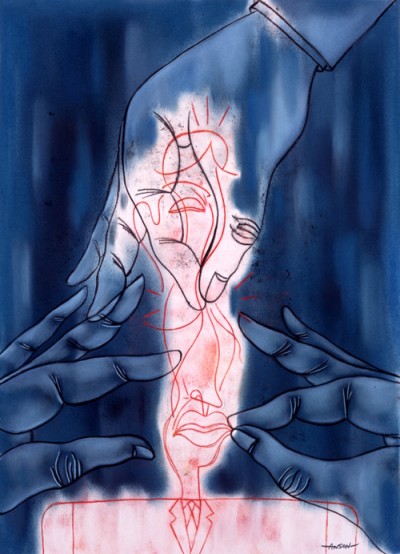 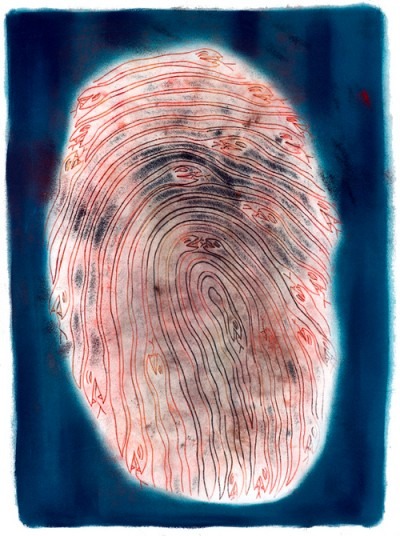 OCADU Instructor Anson Liaw has been named 1 of 50 winning artists selected by CIRCLE QUARTERLY ART REVIEW magazine.  His artwork will be featured for publication in print and online for the Fall 2019 issue of CIRCLE QUARTERLY ART REVIEW.  Three of his illustration images were selected as winning images and will be featured along with a short artist statement sharing his perspectives.  The Titles of  three illustration images (see below) are:

Please see the links below for more information.

Links for you to review some more information about the CIRCLE Foundation: 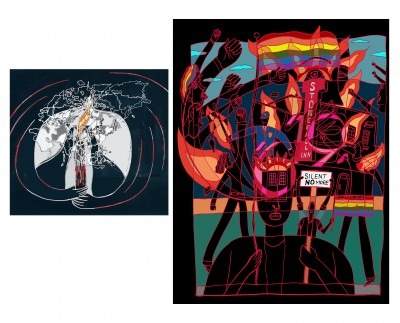 The first submitted illustration entry is a personal non-commissioned illustration I created in response to the two consecutive Christchurch mosque terrorist shooting attacks in Christchurch, New Zealand, during Friday Prayer on 15 March 2019.

The second submitted illustration entry is a non-commissioned illustration created to remember, honour and pay homage to the 50th Anniversary of the Stonewall Riots during June 28th to July 1st, 1969 which had the first brave freedom fighters stand up for their rights that widely considered to constitute the most important event leading to the gay liberation movement and the modern fight for LGBT rights in the United States.

The brave people at the Stonewall Riots changed the course of LGBTQ+ rights in America forever and started a world-changing movement.

This illustration is created to help celebrate the New York City 2019 WorldPride festivities for the month of June as well as Toronto, Canada's 2019 Pride Festival June 21st to 23rd Weekend with the theme being the idea of "Freedom" with the spotlight being on the first freedom fighters of the Stonewall Riots.

In 2019, NYC Pride welcomed WorldPride as they marked the 50th Anniversary of the Stonewall Uprising and a half-century of LGBTQIA+ liberation.

One of these illustration Images will be posted and showcased on the Creative Quarterly Online Gallery in winter 2020.

The Creative Quarterly: The Journal of Art and Design is an international journal focusing on promoting the best work in graphic design, illustration, photography and fine art. Their competitions are open to all artists, designers and photographers at all levels- professional, students, amateurs-in all countries.

Winners and Runner-ups are featured online with winners advancing to their 100 Best of Show.

Thank you very much to all the judges and Publisher and Design Director, Charles Hively of Creative Quarterly. 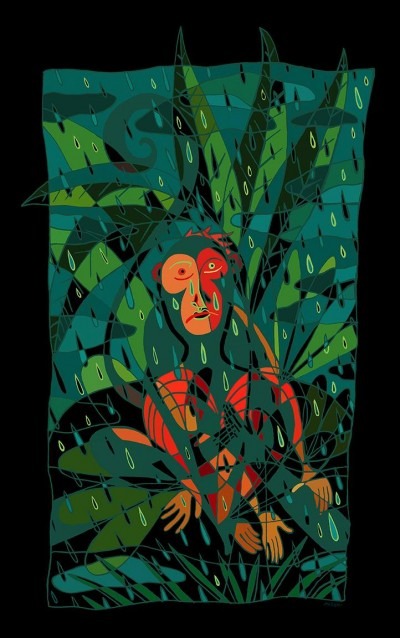 Hiii Illustration 2018 International Competition was open to all illustrators, creative professionals, publishers, agencies, representatives, students and teachers from all over the world.

Any illustration works, first created or published from 2015 through 2018 were eligible for this illustration competition.

Hiii Illustration 2018 International Competition received 1700 pieces of works from more than 50 countries and regions around the world. 239 winning images have been selected as winning images to enter the 3rd & final round of judging to finalize the winners lists for the Grand Prix, Jury Award, Best of the Best, Merit, Most Popular and Nominations awards.

My illustration entitled, Part of Us (version 3) was originally created in 2017 and donated to help raise money to help feed and house previously distressed and/or abused monkeys at the Story Book Primate Sanctuary located in Sunderland, Ontario, Canada.

This illustration and many, many others were collected by my friend and illustrator artist, Anita Kunz from various wonderful contributing artists that were auctioned off. All money was donated to help feed and house the monkeys at the Story Book Primate Sanctuary.

Thank you very much to all of the judges, the Hiii Illustration International Competition 2018 Organizing Committee and Anita Kunz!

Part of Us (version 3) illustration by Anson Liaw 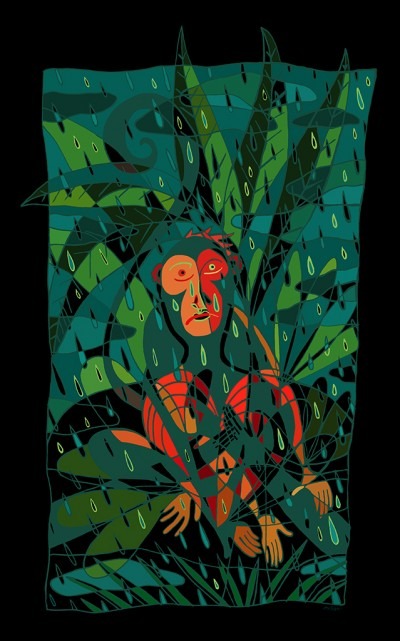 The finalized list of winning works for the following list of competition categories below will be announced some time during August 2019 after the 3rd & final round of judging is completed are:

Best of the Best (Commercial)

Best of the Best (Nocommerical)

Anson Liaw's illustration entitled, Part of Us (version 3) was originally created during the 2017 and was donated to help raise money to help feed and house previously distressed and/or abused monkeys at the Story Book Primate Sanctuary.

This illustration and many others were collected by illustrator artist, Anita Kunz from various wonderful contributing artists from around the world were auctioned off.

All money was donated to help feed and house the monkeys at the Story Book Primate Sanctuary.

and celebrating the two leaning towers: Tiger Hill Pagoda in Suzhou China, and the Leaning Tower of Pisa in the Province of Pisa is located in the beautiful region of Tuscany in Italy.

The Tiger Hill Pagoda is a dazzling gem of the traditional Chinese art, and the Leaning Tower of Pisa in Italy is a wonder of the world's cultural heritage. Both of them are unique representatives of the Eastern and Western cultures. In 2019, in coincidence with the 49th anniversary of the establishment of diplomatic relations between China and Italy, in order to ignite different coloured sparks between the Eastern and Western cultures, the Suzhou Tiger Hill Management Office is hosting the International Invitational Poster Exhibition: Two Leaning Towers as a joint contribution to creating an urban culture between China and Italy.

100 posters will be on exhibition for the Two Leaning Towers 2019 International's Poster Exhibition created by invited and selected 100 graphic designers and illustrators from around the world. 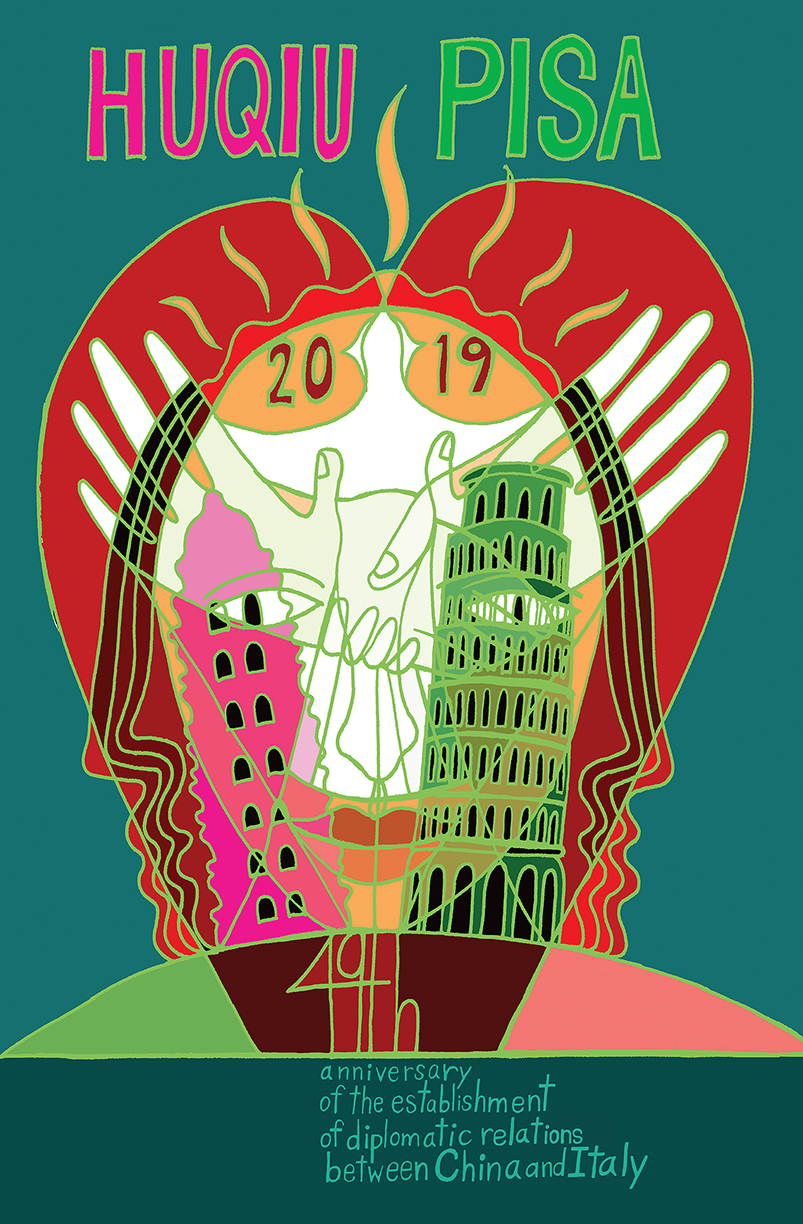 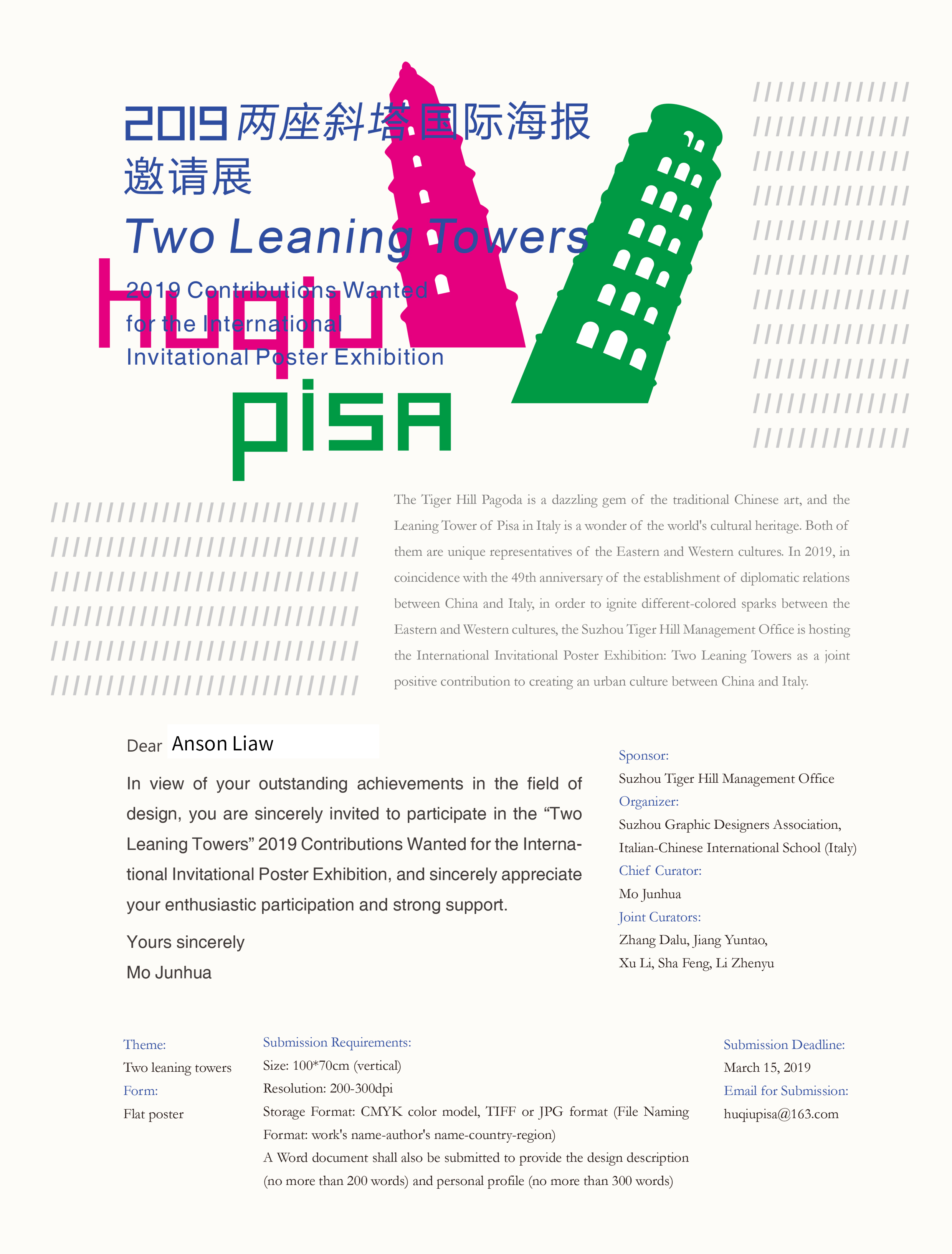 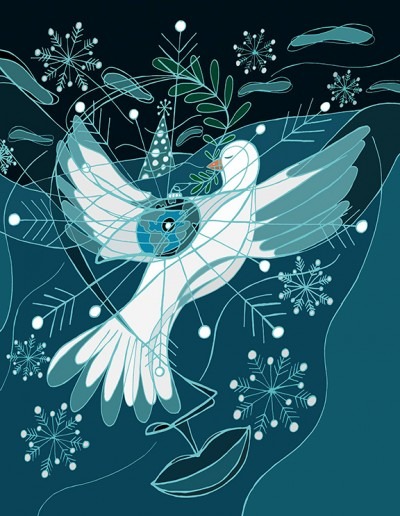 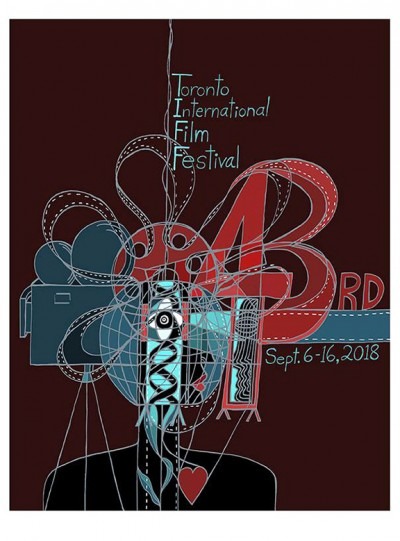 Illustrations to be featured and published in print and online for the 2019 Drawn Volume.3 | Leaders In Contemporary Illustration book from left to right are:

Capsules Books’ Drawn Volume.3 is an inspirational exploration into the work, lives and creative practices from established industry practitioners to some of the hottest emerging talents from today's illustration and design scene from around the globe. 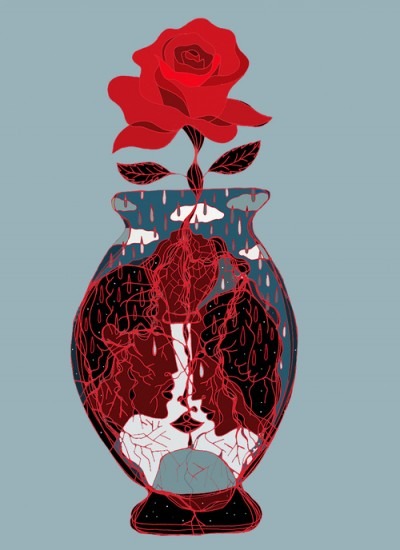 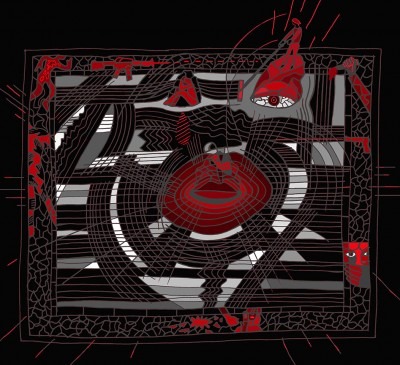 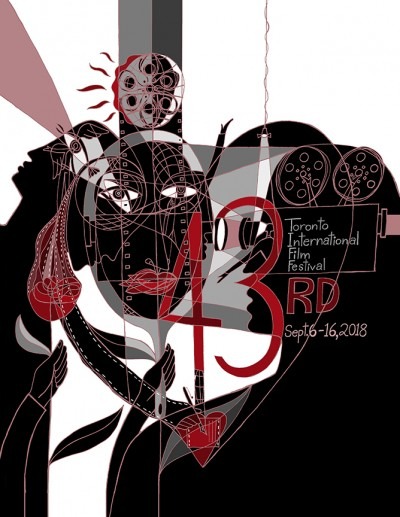 The COW International Design Festival ILLUSTRATION 2018 exhibition & event will be running from November 16 to 30, 2018 in Dnipro, Ukraine at the Dniprovska Central Library [Voskresenska str, 23, Dnipro, Ukraine].

Opening reception information and top 10 best of show winners to be announced soon.

Here's a link for you to review some information about the COW International Design Festival ILLUSTRATION 2018 competition and exhibition:

Attached are some of Anson Liaw's illustration images that were selected by the judges for the COW International Design Festival ILLUSTRATION 2018 competition and exhibition.