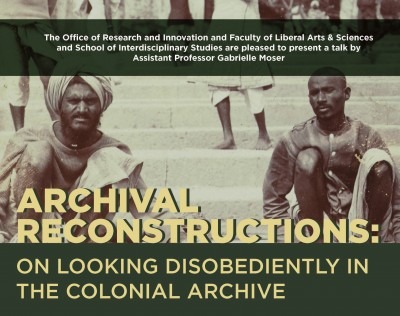 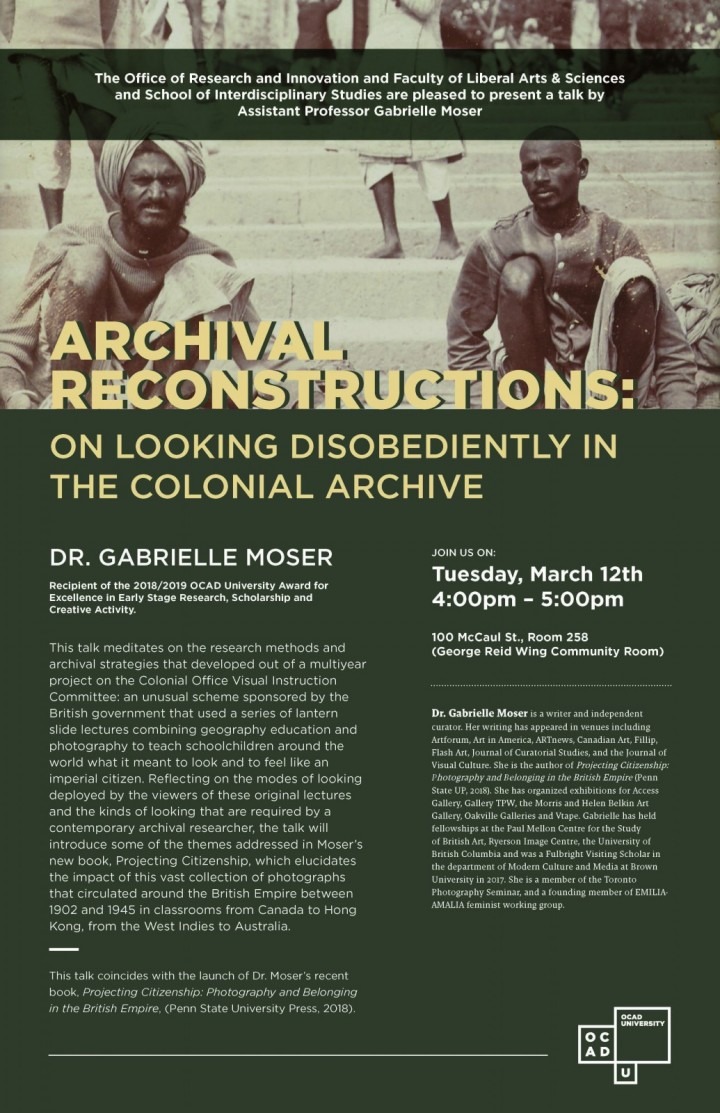 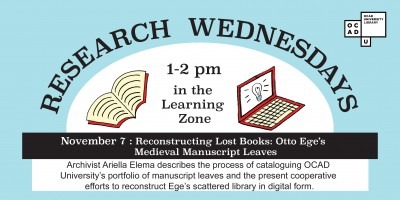 In 1950 Otto Ege, an instructor at the Cleveland Institute of Art, pulled apart fifty medieval European manuscripts and created a series of boxes containing portfolios of individual leaves. These boxes were sold to educational institutions across North America to be used as teaching materials. Archivist Ariella Elema describes the process of cataloguing OCAD University’s portfolio of manuscript leaves and the present cooperative efforts to reconstruct Ege’s scattered library in digital form.

Interested in presenting at Research Wednesdays? We are currently programming our winter schedule (Jan-April). Send an email to Daniel Payne (dpayne@ocadu.ca) and include: