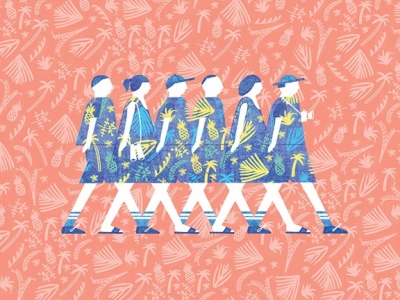 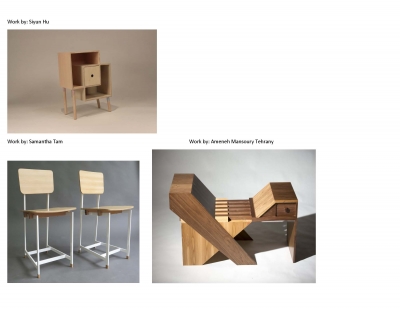 Furniture Design #1 taught by Gord Peteran asks the student to reconsider furniture's earliest psychological and physical origins. Then in collaboration with Ted Hunter's co-requisit wood lab they develop a contemporary human support mechanism. At all three levels of this minor the student is expected to complete a fully functional object.
Winner - Ameneh Mansoury Tehrany)

Furniture Design #2 taught by Kirsten White asks the student to design an accent piece of furniture that provides some form of storage and targets the aesthetic flavor of a specific commercial client chosen each term by the instructor.
Winner - Siyun (Sisley) Hu

Francesca and Meaghan are exhibiting their winning illustrations in New York’s Museum of American Illustration next month when scholarship winners will be announced.

The Society awards over $50,000 in scholarships ranging from $100 to $5,000! In addition, their work will be published in the Society’s annual, Illustrators 58.

Student leaders celebrated for giving back to the community 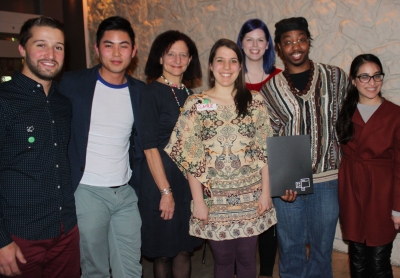 The Diversity & Equity Excellence Awards were handed out at a reception in March to acknowledge OCAD University’s exceptional student leaders and their tremendous contributions to advancing equity at the institution. This year, with generous support from Office of the Vice-President, Academic; Office of the President; and Office of Diversity, Equity & Sustainability Initiatives, the selection committee chose to give out three awards rather than one.

The contributions of this year’s winners ranged from advancing equity in OCAD U’s governance and policy through community initiatives in art and design creation and in the learning environment.

At the same event, the Peer Mentor Awards were given to students who made outstanding contributions to the Student Mentor Program, demonstrating enthusiasm and positivity while providing helpful advice and support to their student mentees.

This year’s recipients were:

Tracy Cai and Madison Leeson were recognized by Andre De Freitas, Manager, Financial Aid & Awards, for their excellence in Financial Literacy. They collaborated to produce CreativeFunds, a series of videos that teach students how to manage and budget their finances.

Student leadership and excellence is acknowledged and recognized at OCAD University annually since 2011/2012, with awards given to those whose outstanding contributions to student life, leadership, advocacy, equity and social justice, contribute to improving the campus community.

A celebratory dinner and awards ceremony are coordinated through the Campus Life office with generous financial support from First Generation Programs (Writing & Learning Centre); Financial Aid & Awards; Alumni Relations; Diversity, Equity & Sustainability Initiatives; Office of Vice-President, Academic; and the Office of the President. Awards being given out include:

Three- and four-year commitment pins are also given out to those Peer Mentors who have stayed involved in the Student Mentor Program for three or four or more years.

DIVERSITY & EQUITY EXCELLENCE AWARD FOR STUDENTS
Usually one award, but this year, stellar nominations have resulted in securing of additional funds so that three $1000 awards will be given out. Recipients are:
Rouzbeh Akhabari
Zvikomborero Mhakayakora
Amanda Robertson-Hebert

New this year, we will be acknowledging and recognizing students who have taken an active student leader role in OCAD U Senate, Board of Governors, Student Union and student-run groups. 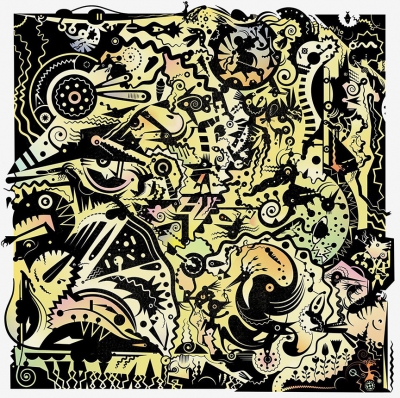 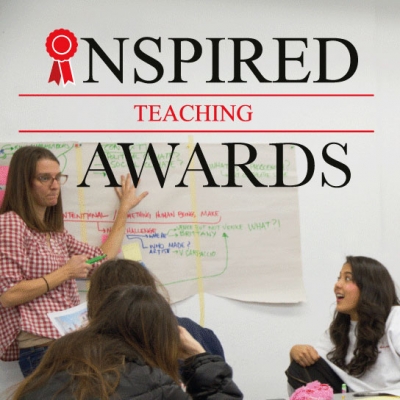 The Inspired Teaching Awards are presented to faculty members and TAs whose passion for art and design education has enhanced learning and influenced creative practice. All members of the University community, staff, faculty and students, can submit nominations online until February 29. 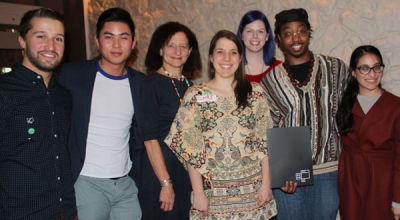 All Peer Mentors in the 2015/2016 OCAD U Student Mentor Program are eligible to be nominated for ONE of TWO awards (valued at $500.00 each). We are now accepting nominations from all members of the ‪#OCAD U‬ community who have experienced or are aware of a Peer Mentor’s outstanding contributions supporting new and first-year students and helping build community, while adhering to the mandate of the program.