The State of Blackness Database

The State of Blackness Database will create a centralized site to house scholarly information and works by and about black artists and cultural producers. The database will provide access to material created by black artists, curators, and critics who, because of racial difference, have historically been at the margins of Canadian art production. It will centralize and disseminate knowledge from a cross section of disciplines including fine arts, design, and curatorial practice. The database will be made available in multiple modalities (text, image, and audio).

The database will provide insights into transcultural and transnational knowledge production in the context of Black Canada, highlighting its relationship to art education, the politics of representation, and inclusivity.

Content of The State of Blackness Database will include:

Vtape supported Phase 1 of the State of Blackness Database project. Vtape is a distributor of historical and contemporary media arts work by local, national, and international artists. It houses a research centre that caters to curators, scholars, educators, and the public. Vtape is also a world leader in the preservation and archiving of video art. The organization is committed to education and provides technical and research training to undergraduate and graduate students, cultural workers, and community groups through their internship programs.

Guided by Andrea Fatona, and Vtape’s Artistic Director Lisa Steele, researcher Elisha Lim compiled data on Black Canadian video production and presentation activities that have taken place between the early 1980’s through 1999, cataloguing key visual and media arts curatorial projects, analytic essays, oral history interviews, research papers and colloquia presentations — produced by and about black Canadian artists, critics and curators from the late 1980s to the present. The research included an exploration of the programming archive at A Space Gallery and the Vtape holdings.

A community meeting was held in late October to discuss and vision ways in which end users of the information- black artists, cultural producers and community members -  can contribute to the processes by which new categories are developed to describe the materials. Preview access of the Vtape catalogue and a list of holdings by black artists were given to all attendees. 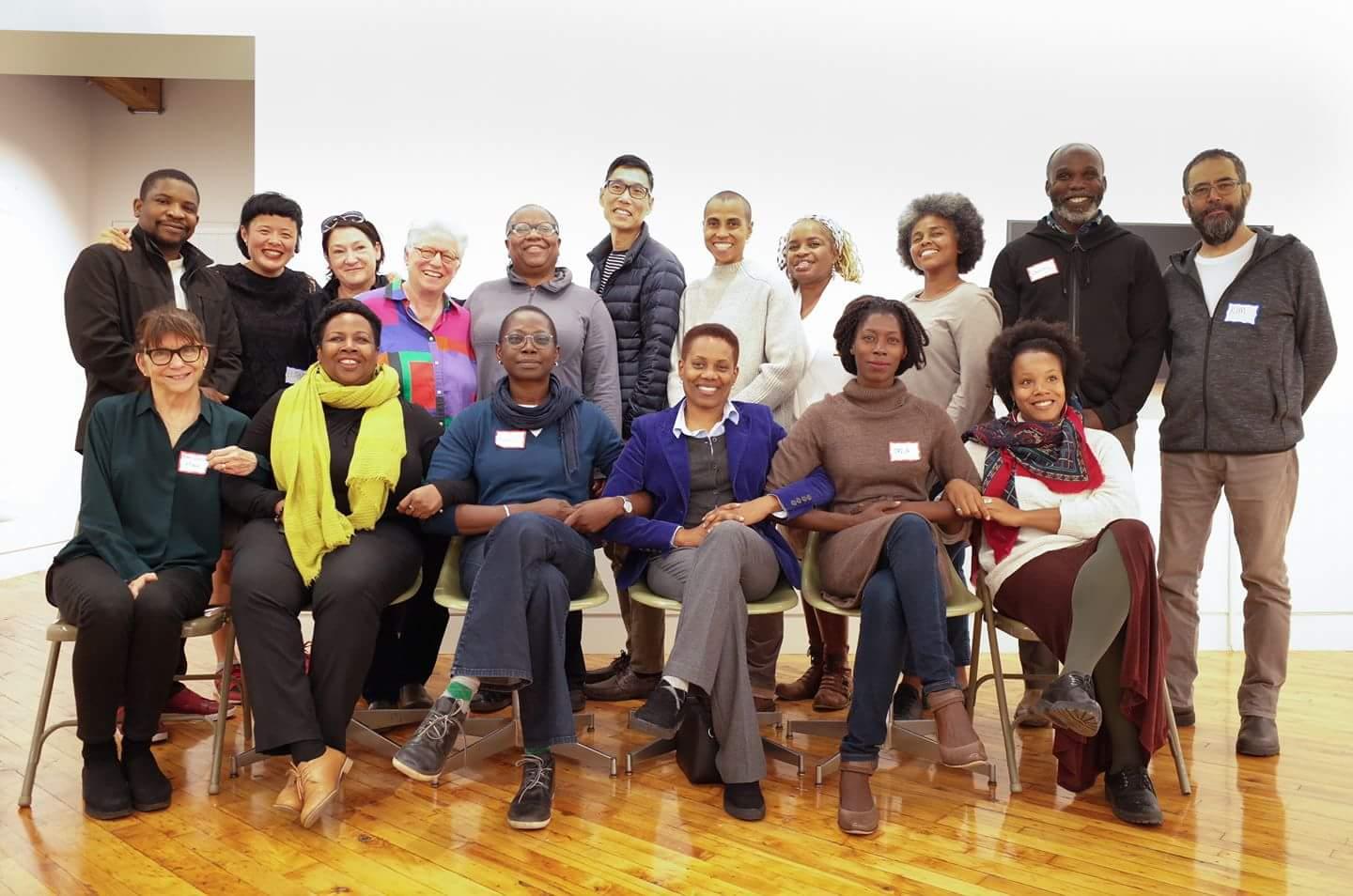 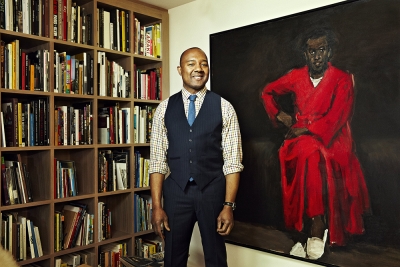 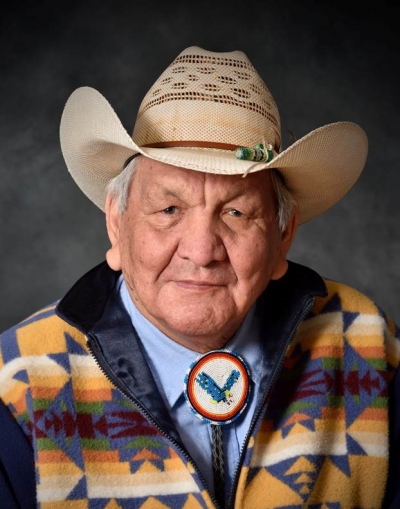 Janvier is widely known as a pioneer of modernist Indigenous art with his paintings rendered in bright colours and imbued with spirituality. A survivor of the residential school system, Janvier pursued formal art training at what is now the Alberta College of Art and Design, where he graduated with honours. Janvier’s prolific work has influenced generations of Native artists.

Montague is sometimes described as a “Renaissance man” whose passion for art and philanthropy match his renowned dentistry skills. In 1997, Montague founded the non-profit Wedge Curatorial Projects, which promotes themes of culture and identity in art – particularly within the diasporic African and Black communities – through exhibitions, lectures and discussions.

“It is so fitting for Alex Janvier to receive this degree from OCAD University, which he had hoped to attend as a young man. His amazing body of work, from monumental murals to dazzling watercolours, has made a lasting impact on Canada’s visual culture,” said Dr. Sara Diamond, OCAD University’s president and vice-chancellor. “Kenneth Montague’s curatorial projects explore important issues of identity in art and society, whether in his own home here in Toronto or at galleries as far flung as London’s Tate Modern.”

Alex Janvier, from Cold Lake First Nation in northern Alberta, is one of Canada’s most acclaimed contemporary painters. His 50-year career is distinctively informed by his Indigenous heritage and modernist abstract painting style. His Morning Star mural painted on the domed ceiling of the Canadian Museum of History’s Grand Hall is seen by hundreds of visitors every day.

Besides being an influential artist, Janvier is a major figure and significant contributor to Indigenous visual culture. He was an art instructor, a cultural adviser and a member of the ground-breaking Professional Native Indian Artists Inc., also known as the Indian Group of Seven.

Janvier received multiple honours, awards and honorary doctorates; among them, the Governor General’s Award in Visual and Media Arts, the National Aboriginal Lifetime Achievement Award and the Order of Canada. This fall, the National Gallery of Canada will present a major exhibition of his work.

In the 1950s, Janvier applied to study at the Ontario College of Art (as OCAD University was then known) and was accepted. Due to government policy, however, he was not granted permission to leave the reserve to attend. On June 10, OCAD University will proudly recognize Janvier’s extraordinary accomplishments and welcome him into the university community with an honorary doctorate.

Kenneth Montague is a Toronto-based art collector and the founder and director of Wedge Curatorial Projects, a non-profit arts organization. Since 1997, Montague has been promoting both emerging and established diasporic African and Black artists via exhibitions, lectures and workshops. His focus is on contemporary art that explores Black identity, and he showcases these works in his Wedge Collection.

Montague is also a practising dentist who graduated from the University of Toronto's Faculty of Dentistry. He has repeatedly been voted "Best Dentist" in NOW Magazine readers’ polls, and his innovative downtown Toronto clinic provides dental care for many artists, designers and musicians. Montague is a founding member of the Association for the Advancement of Blacks in Health Science, and its Summer Mentorship Program for high-school students from African and First Nations communities has become a city-wide success. He has also established the Dr. Kenneth Montague African Diaspora Scholarship at the University of Windsor, where he began his post-secondary education.

Montague has served on the Africa Acquisitions Committee at Tate Modern, London (2012–2015), as well as the Advisory Board of the Ryerson Image Centre (2011–2014) and the Photography Curatorial Committee of the Art Gallery of Ontario (2009–2012). He is currently an AGO trustee and chair of the gallery’s Education and Community Engagement Committee. 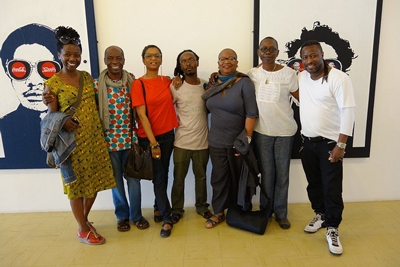 Criticism and Curatorial Practice professor Andrea Fatona joined other leading Black Canadian curators and critics on a unique four-day preview of the 56th Biennale di Venezia – one of the world’s most prestigious art shows.

Called Expanded Context, the expedition to Venice sought, Fatona explains, “to raise the profile of Black Canadians on the international art scene and to engage with global diasporic networks.” To that end, Fatona and her colleagues toured the Biennale and held meetings with partners from Nigeria’s Centre for Contemporary Art and the United Kingdom’s International Curators Forum.

What struck Fatona in Venice was the sheer number of Black artists included by the show’s artistic director, Okwui Enwezor. “Because of the event’s huge influence in the art world, it was thrilling to experience Enwezor’s inclusion of politics throughout, including discussions of labour, capital and the ongoing effects of colonialism.”

Supported by the Canada Council for the Arts and the Ontario Arts Council, Expanded Context arose from the ground-breaking State of Blackness conference Fatona convened in February 2014. “Travelling to the Biennale was a way to further our State of Blackness discussions,” Fatona says. Fatona is planning an international symposium in Toronto in fall 2015 to keep the momentum going, and she is looking towards another overseas research-and-networking group trip in 2017, when all the major European biennial art shows will occur in the same year.