Toye won her first Cannes Lions (actually, nine of them, three of each hue) and took home three Pencils from D&AD and a gold at the One Show. The One Club and the 3% Conference called her one of their Next Creative Leaders, and the 4A's named her one of its 100 People Who Make Advertising Great.

If you haven't heard of Toye, you likely know her work. While senior art director at JWT New York she helped create two standout campaigns that brought on the accolades: "Unsafety Check," a provocatively simple tool for Black Lives Matter that inverted Facebook's ubiquitous feature and allowed black Americans and their allies to speak out against police brutality; and "#SeeAllTheAngles," a campaign for the News Literacy Project featuring a nearly indecipherable typeface to help combat fake news by forcing readers to question their information sources.

In the months before President Trump's inauguration, when he doubled down on rhetoric vilifying immigrants, racial minorities and civil rights protesters, Toye and her colleagues—senior art director Mo Osunbor and senior copywriters Daniel Del Toro and Chris Phillips—dreamed up an unsolicited project for Black Lives Matter.

When the team reached out to Black Lives Matter through the brother of a friend, the organization liked the idea, but had another priority: a searchable database of black-owned businesses in the U.S. So Toye first helped create the Backing Black Business site.

It was important to her, she says, that her mentors happened to be people of color. Seeing Asian women in positions of power in the industry, like Leo Burnett's Judy John, is especially inspiring for her, she says.

Check out the full article:

BlackLivesMatter - Toronto is a platform upon which black communities across Toronto can actively dismantle all forms of anti-black racism, liberate blackness, support black healing, affirm black existence, and create freedom to love and self- determine.

LeRoi Newbold - a community organizer, parent, educator and art curator for BlackLivesMatter - Toronto (BLMTO). LeRoi is the director of BLMTO Freedom School teaching children about Black Pride and resistance through art based programming.

This event is free to the public.

Thanks to our series sponsor: UNIFOR Ontario Regional Council 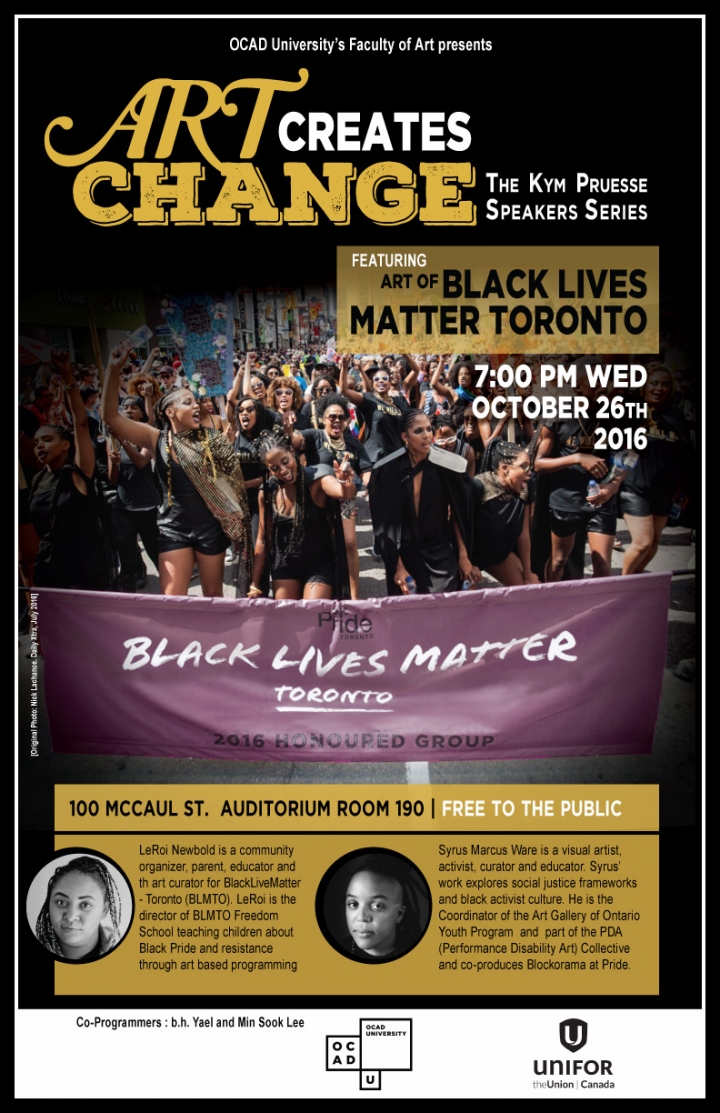