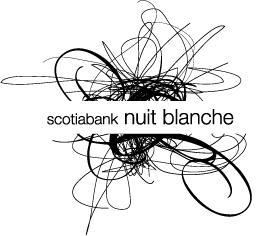 OCAD U embarks on education mission to Brazil

The partnerships include two-way faculty and student exchange opportunities, joint research collaborations and opportunities for jointly organized scientific events, conferences, workshops, and seminars. The announcement was made as part of the Association of Universities and Colleges of Canada (AUCC) Presidents' Mission to Brazil.

"We believe that growth and prosperity are hinged on our ability to be innovative and globally competitive," said OCAD University President, Dr. Sara Diamond, who, with Dr. Helmut Reichenbächer, OCAD U's Associate Vice-President, Research & Dean, Graduate Studies, is a member of the AUCC mission in Brazil. "These new partnerships pair OCAD U with leading institutions in the fields of information and communications technology research, data visualization, science, and art and design practice. These agreements create new pathways for students and faculty of both institutions to collaborate and represent a significant investment in Canada's knowledge economy. We have dedicated graduate scholarship funds to help to support Brazilian students who would choose to spend a semester at our university."

"We will continue to link Canadian companies to our research partners through the Mobile Experience Innovation Centre, the Rio Content Market and other partnered events and conferences," said Diamond, who currently serves on the Canada/Brazil ICT Working Group with private industry and the Government of Canada.

The AUCC mission is the largest-ever education mission undertaken by Canadian university presidents. Key events include the AUCC Canada-Brazil University Presidents' Roundtable, the Canada-Brazil Innovation Forum and visits to universities across Brazil in the cities of Rio de Janeiro, São Paulo, Campinas, and Brasilia. The mission is led by Canada's Governor General, His Excellency, the Right Honourable David Johnston, a former university president of two Canadian universities. President Diamond is moderator of the panel entitled, "How Canada-Brazil Academic-Private Sector Collaboration can drive Innovation for Commercialization" during the mission's upcoming Canada-Brazil Innovation Forum in São Paolo.

Pontifícia Universidade Católica do Rio de Janeiro (PUC-Rio) was established in 1914 as Brazil's first private, non-profit institution. The Brazilian Ministry of Education has consistently ranked PUC-Rio among the best universities in the country. Through its academic curriculum and research activities, PUC-Rio is committed to high-quality teaching, applied research and scientific development, in order to constantly contribute for the education of critical and conscious citizens. The Arts and Design department of PUC-Rio originated in the Department of Literature and was based on a group of theoretical disciplines such as art and artistic manifestations and history of art. In 1978, the Department of Arts was established as a result of the number of students who had graduated from the various arts-related disciplines. In later years, PUC-Rio launched a Masters in Design that drew on over 20 years of work in that field; in 2003, PUC-Rio added a PhD in Design to its offerings. Both programs are the first of their kind to be offered in Brazil and PUC-Rio is recognized as a leader in this field in South America.

The Universidade de Brasília (UnB) was founded in 1962 on the principle of providing high-quality education, research and outreach programs to the community-at-large. It is recognized as one of the largest and most prestigious public universities in Brazil. The University has four campuses spread throughout the Federal District of Brasilia. UnB is the ideal institution to combine the rigour of science with the boldness of art using its three-dimensional approach of teaching, research, and extension that is respectful of all forms of knowledge and committed to the public. UnB offers 61 undergraduate programs, 49 master's degrees and 27 doctoral programs. More than 260 formally constituted research-groups work in more than 400 different laboratories, investigating close to 890 different areas. As well, UnB runs 115 community outreach projects, offering a total of 438 courses and events that involve the direct participation of professors and students.

Universidade Anhenbi Morumbi (UAM) is a Brazilian private university located in São Paulo and owned by the Laureate Education Inc. It was established in 1970 with a Faculty of Social Communication and Tourism and in 1997, UAM was officially constituted as a university. In the years following its establishment, UAM quickly developed a number of degrees with the intent of providing students with innovative academic programs, leading-edge facilities and unique opportunities for academic advancement. UAM has four campuses in São Paulo which house state-of-the-art laboratories, training centers, and libraries for more than 32,000 students. It is currently ranked one of the top three private universities in São Paulo by the Guia do Estudante (Student's Guide).

In 2002, UAM created the Centre of Design and Fashion and subsequently offered Brazil's first bachelor's degree in Game Design. In 2005, UAM the University sealed an agreement with the International Network of Laureate Universities - a prestigious global network of universities which allows students to complete their studies through exclusive exchange programs at 55 higher education institutions in 28 countries. At UAM, students are encouraged to adopt the broad vision of becoming global citizens while exploring business opportunities and travelling the world to seek avant-garde research. Today, UAM continues to enjoy its reputation for pioneering as it promotes production and transmission of knowledge based on respect for human values and aimed at benefitting society.

The Universidade Federal do Rio Grande do Sul (UFGRS) is one of the largest federal universities in Brazil with four campuses in Port Alegre. UFRGS originated as a School of Pharmacy and Chemistry in 1895, expanded in 1896 with an engineering college and became the Universidade de Porto Alegre in 1934. In 1950, control of the university passed to the Federal Government at which time it was formally known as Universidade Federal do Rio Grande do Sul. As a public institution, UFRGS provides free education to students who pass its annual competitive exam.

UFRGS ranks among the best Brazilian universities. It has achieved national and international recognition for academic program quality, faculty excellence, the breadth of student assistance programs and constant investment in infrastructure. The university strongly supports the production of knowledge through high-quality research, community involvement and fostering diversity inspired in the ideals of freedom and solidarity. Since its inception, UFRGS has become a leader in terms of publications and scientific production.