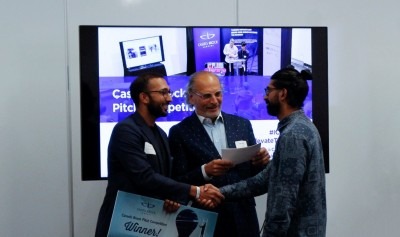 Fable is a startup that helps companies and development teams build accessible digital products by engaging people living with a disability in user testing. Fable is founded by two OCAD U Inclusive Design graduates Alwar Pillai and Abid Virani.

Imagination Catalyst is funded and supported by OCE’s Campus-Linked Accelerator program along with Relay Ventures, Gobalive Capital and Cassels Brock, among other public and private partners. 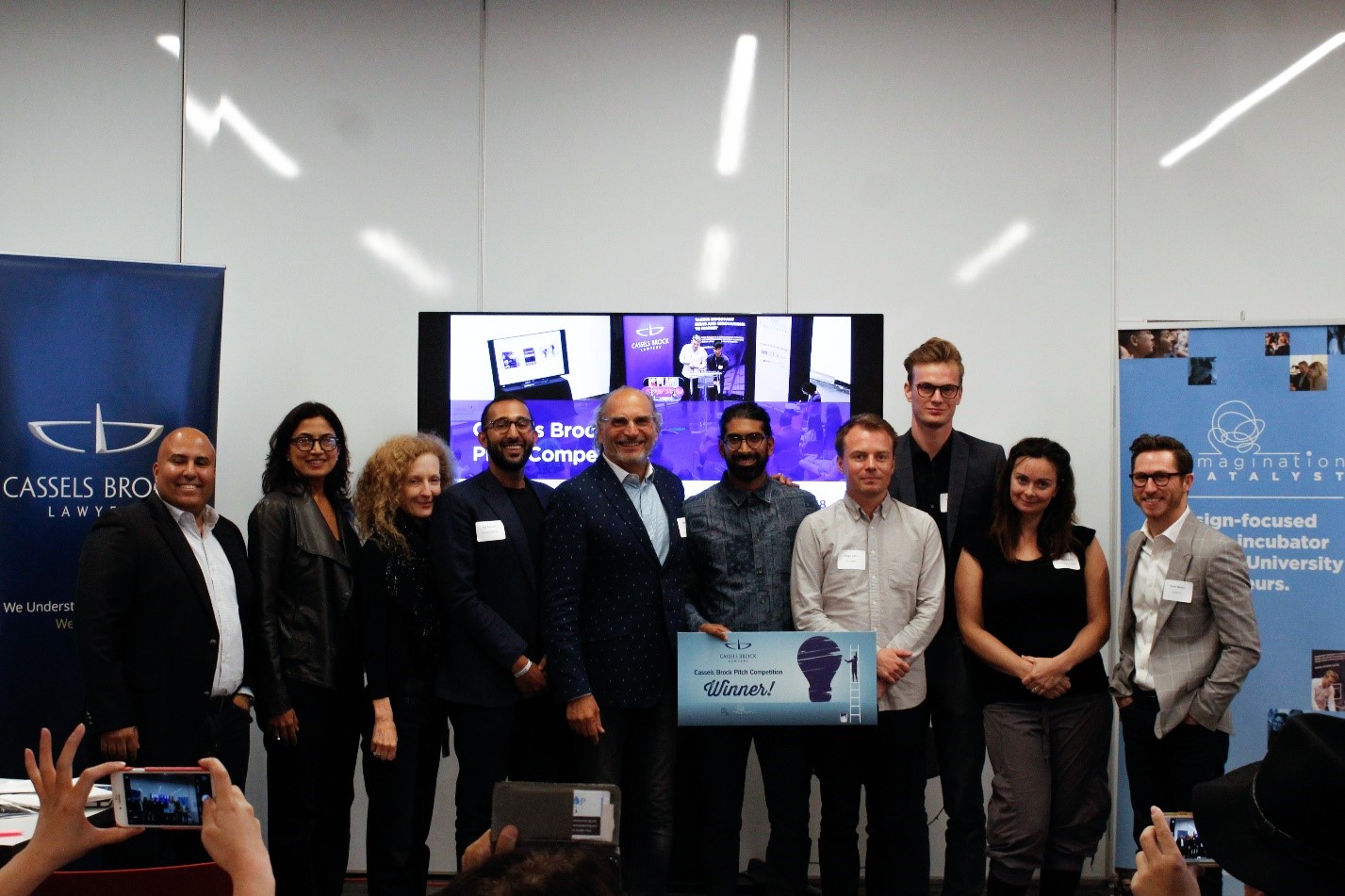 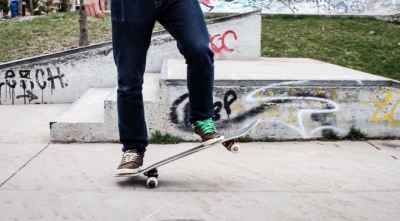 Once again an Imagination Catalyst company makes it to the finals of the James Dyson Award. Primo, the project of Richard Revie and partner Victor Lam, is the Canadian runner-up in the Lifestyle category of the award. Its goal is to help would-be skateboarders learn the skill faster and safer than previously possible.

One third of skate board injuries happen in the first week of use. Primo is a product that replaces the nut at the end of the truck (the part that attaches the wheels to the skateboard deck). Primo applies pressure to the wheel, slowing it down so the rider can focus on their mind/body control and learn tricks faster. As the rider progresses, the tension on the wheel is released, eventually allowing the wheel to be completely free. The shape of Primo stops the rider from landing on the board sideways when learning flip tricks.

By 2020, when skateboarders will compete at the Olympic Games for the first time, it is expected that interest in learning to skateboard will increase dramatically. The Primo team knows they can reduce injuries as the sport grows.

“Through the connection between the body and mind, skateboarding tests our capabilities against our will to push ourselves through constant re-evaluation to achieve our desires. To some, it’s just a toy but to others, it’s a way of expressing ourselves.” 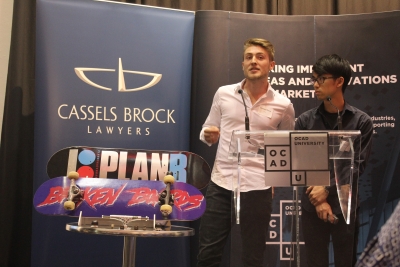 OCAD University’s newest entrepreneurs from the Imagination Catalyst squared off at the Cassels Brock Pitch Competition on June 15, competing for $5000 in start-up funding.  Richard Revie and Victor Lam, founders of Primo, took the top prize, out-pitching their colleagues from OCAD U’s business incubator.

Primo is a company that tailors to the initial fears behind skateboarding. The company has created a skateboard tool and a social platform to help people safely learn the sport.

Imagination Catalyst is a creative industries, design and social innovation ecosystem at OCAD University that supports design-driven entrepreneurs from all sectors with learning, business incubation and talent solutions. 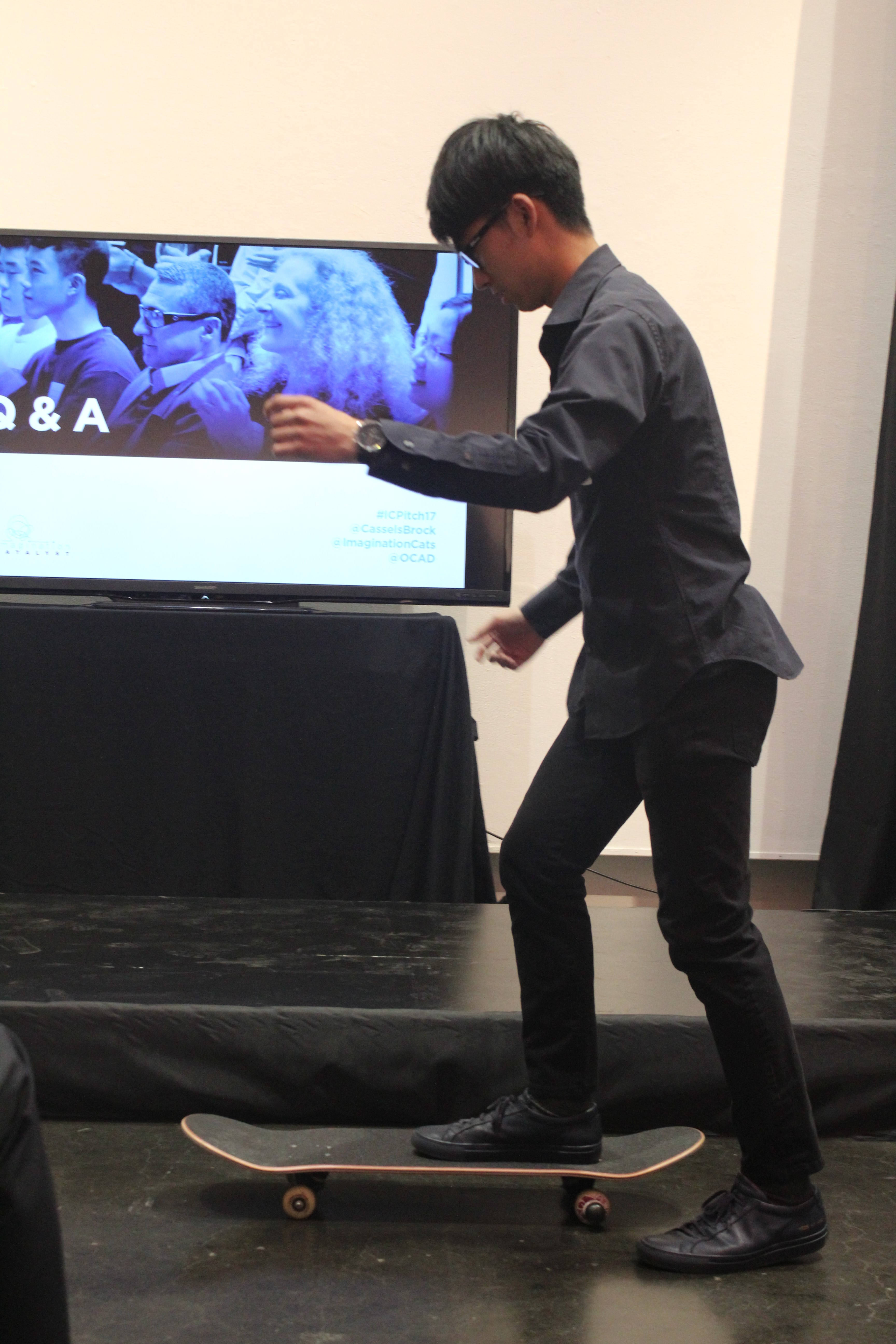