The exhibition serves as a focus for a series of connected conferences around the theme ‘Farewell to Post Colonialism’ at the Tate Modern (London), the Hong Kong Arts Centre (Hong Kong) and Peking University (Beijing).

Professor Sarah Nind’s sabbatical year focused around three main areas of work. Her own studio production resulted in a solo show in Montreal and Calgary. She was included in group shows in Montreal and Miami and is currently part of a touring show scheduled in eight museums across North America. Professor Nind was an OCADU Massey Visiting Scholar for the 2014-2015 academic year. She also continued to work in Beijing for Laurel Films, and worked on English subtitles and writing for three feature films. One of these films, The Continent, has become the 5th highest grossing film of all time in China.

Professor Nind was awarded two separate residencies with the Ville de Paris. She spent a total of four months of her sabbatical year working in a studio in Paris. 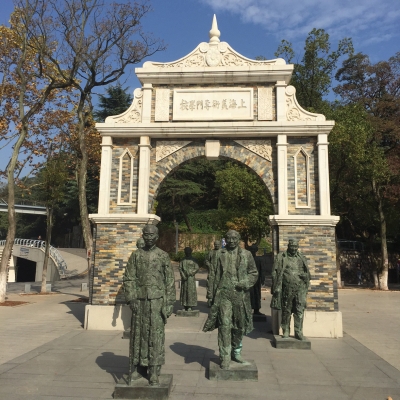 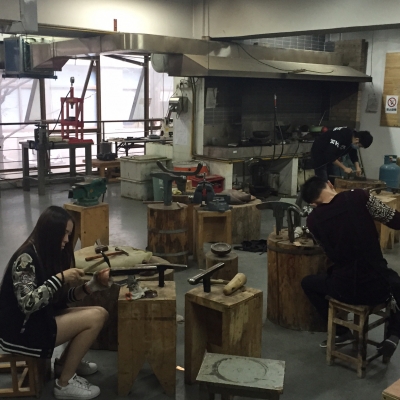 Deanne Fisher, OCAD University’s associate vice-president, students, has signed an agreement with China’s Nanjing University of the Arts that will open doors to exciting new opportunities for students and faculty at both institutions.

Fisher is in China as part of a mission to Jiangsu province led by the Council of Ontario Universities (COU). Today, the group met with a delegation led by Premier Kathleen Wynne in Jiangsu’s capital, Nanjing. The premier, along with Michael Chan, federal minister of citizenship, immigration and international trade, are celebrating the signing of multiple agreements with partners in Jiangsu.

OCAD U has participated for several years in the Ontario–Jiangsu Student Exchange Program, which facilitates the movement of undergraduate students between OCAD U and several Jiangsu universities that have art and design programs. This new agreement between OCAD U and Nanjing University of the Arts will expand cooperation between the two universities on research, conferences and other academic initiatives.

“Nanjing University of the Arts has long been a destination of choice for our students going on exchange and we are excited by the prospect of deepening our relationship with this renowned institution to areas of faculty mobility and collaborative projects,” said OCAD U president Dr. Sara Diamond.

Eleven Ontario universities are taking part in the weeklong mission, which is aimed at enhancing academic partnerships in Jiangsu, one of China’s most populous regions. They were invited by the Jiangsu Department of Education after several vice-presidents of research from Ontario universities were hosted there last year. The group also participated in the fourth annual Global R & D Summit in Nanjing.

The Ontario-Jiangsu Student Exchange Program offers undergraduate and graduate students in Ontario the opportunity to take part in exchanges at Chinese universities. A summer research program and short-term language and culture programs are also offered. Scholarships are available for eligible participants.

The Ontario-Jiangsu Student Exchange Program offers undergraduate and graduate students in Ontario the opportunity to take part in exchanges at universities in Jiangsu, China. A summer research program and short-term language and culture programs are also offered.

Scholarships are available for eligible participants!

The Ontario-Jiangsu Student Exchange Program offers undergraduate and graduate students in Ontario the opportunity to take part in exchanges at Chinese universities. A summer research program and language and culture programs are also available.

Accepted students are eligible for scholarships!