Digital governance is the central challenge facing governing institutions and societies in the coming decades where information knows no boundaries, power is dispersed and authority and accountability need to be reconceived. What is digital governance and why is 'digital' a governance issue?

Westminster parliamentary democracy is widely credited with a high capacity to adapt to societal evolution. Its ability to adapt to the realities of a digital society is putting this claim to the test. Westminster governments were never designed with the digital era in mind. Two forces – digital and governance – are meeting like tectonic plates, shifting the landscape and giving rise to new peaks and valleys around key governance questions that all Canadians need to be concerned about: Who has real power? How should decisions be made? How can all players make their voices heard and ensure that account is rendered?

Digital Governance, an sLab research project, explores unprecedented challenges and opportunities facing governing institutions and associated groups in the digital era. Through research and engagement activities the project develops a network equipped to understand these dynamics and to guide innovation. The initial partners are University of Victoria, Institute on Governance (IOG), OCAD University, Dalhousie University, and MIGHTY Purpose. Together with additional partners (to be identified) the Digital Governance team will build a digital governance research network.

Jeremy Bailey and Midi Onodera are two artists who are engaged with online networks as an intrinsic component of their work. They will present their work as part of the Mobile Experience Lab's  Art Intersection Meetup, a place for artists, moving image-makers, gamers and technologists who are experimenting with art-related digital content and how the moving image is presented in a connected world. Digital culture, social media and networks encourage new ways of storytelling, image making, idea sharing and collaboration. This Meetup celebrates artists and innovators who are embracing change leading the next wave of creativity.

Throughout his career, the Toronto born artist Jeremy Bailey has explored software in a performative context. As Rhizome author Morgan Quaintance has written "Since the early noughties Bailey has ploughed a compelling, and often hilarious, road through the various developments of digital communications technologies. Ostensibly a satire on, and parody of, the practices and language of "new media," the jocose surface of Bailey’s work hides an incisive exploration of the critical intersection between video, computing, performance, and the body."

Specifically, Bailey’s works consist of all manner of performances that exist as videos, software, websites, inventions, institutions and ephemera all created and presented by his alter ego, Famous New Media Artist Jeremy Bailey.

Bailey studied at the University of Toronto from 1998 to 2002 and completed his Masters in Fine Art from Syracuse University in 2006. He has participated in residencies at the Banff Centre in Alberta Canada, FACT in Liverpool UK, and Quartier 21 in Vienna Austria and has been the subject of numerous solo and group exhibitions internationally.

For more information about his work visit jeremybailey.net and parinadimigallery.com/jeremy-bailey

Midi Onodera is an award-winning Canadian filmmaker who has been directing, producing and writing films for over twenty years. She has over twenty-five independent short films to her credit as well as a theatrical feature film and several video shorts. Her recent works feature a collage of formats and mediums ranging from 16mm film to Hi8 video to digital video and “low end” digital toy formats such as a modified Nintendo Game Boy Camera, the Intel Mattel computer microscope, the Tyco and Trendmasters video cameras.

For more information about her work visit midionodera.com

A partnership between OCAD University and the Durham Art Gallery, COMMON PULSE created a forum for presentations and discussion during a three-day symposium. Twelve artists and curators were invited to present their experience creating work in the context of university research. These presentations sparked a dialogue among all of the participants which examined current developments in digital media production and consumption within contemporary art practice and how they predict, reflect or refute parallel media phenomena within North American culture in general. We looked at societal shifts in authorship brought about by file-sharing, sampling and the open source movement, as well as collaborative initiatives sparked by mobile media such as citizen journalism, wiki culture and flash mobs. In each model of research-informed, digital media art practice, the flow back and forth between analysis and production is strongest and most focused in the artist-led research labs of the symposium contributors 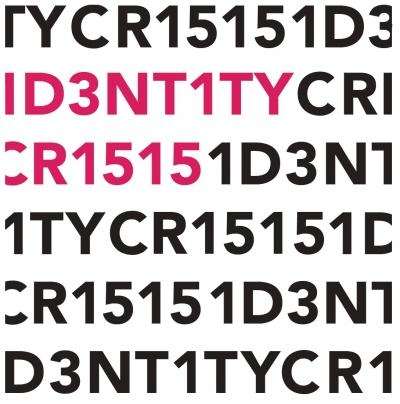 OCAD U has launched the first-ever student competition to raise awareness of digital security in an increasingly digital world. Students were challenged to create a campaign centered on any form of cybersecurity, ranging from hacking and malware prevention to data back-up and privacy.

Students’ submissions will be on display for two weeks beginning March 6 at 4 p.m., in the North end of the sixth floor hallway at 100 McCaul. OCAD U students will be given the opportunity to vote for the Students’ Choice Award by joining the 1D3NT1TY CR1515 Canvas course.  Students wishing to vote will need to submit their ballot by March 9 at 1:00 p.m.

Winners will be announced at 4 p.m. Monday, March 9 at 49 McCaul St. at an event hosted by Andrew McAllister, Manager, Academic Computing. Submissions will be displayed on digital screens. All are invited to attend, refreshments provided. This event is sponsored by OCAD U Copy & Print Services.