Go ahead and measure your truth in pixels.

Ask yourself, in this age of handycams, Photoshop, and reality TV, what counts as a document? Why do we bother documenting? This panel discussion redefines and examines documentary practices, our need to tell the whole truth and nothing but the truth, and how creatively we are doing it. Join experimental artists working in film, video installation and theatre for a discussion on the benefits of lying creatively. All we want are the facts, just the facts, ma’am. 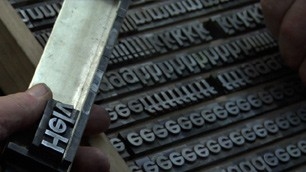 Helvetica is a feature-length independent film, Directed by Gary Hustwit, about typography, graphic design and global visual culture. It looks at the proliferation of one typeface (which celebrated its 50th birthday in 2007) as part of a larger conversation about the way type affects our lives. The film is an exploration of urban spaces in major cities and the type that inhabits them, and a fluid discussion with renowned designers about their work, the creative process, and the choices and aesthetics behind their use of type. Helvetica encompasses the worlds of design, advertising, psychology, and communication, and invites us to take a second look at the thousands of words we see every day.
This screening is open to OCAD students, staff and faculty. 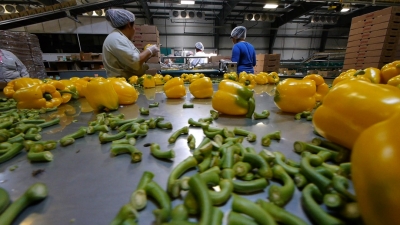 TVO presents the World Broadcast Premiere of Migrant Dreams on September 14 at 9 pm and midnight, and available for streaming on tvo.org the following day. The feature documentary from filmmaker Min Sook Lee (El Contrato) tells the story of migrant workers who came to work in Ontario greenhouses as part of Canada's Temporary Foreign Worker Program. They feel the Canadian broker they paid to get the greenhouse job is extorting them, and believe the greenhouse owners are complicit in the scam.

“TVO’s commissioned documentaries focus on contemporary social, political and cultural issues that are relevant to Canadian audiences and promote citizen engagement,” says John Ferri, TVO’s Vice President, Current Affairs and Documentaries. “Migrant Dreams forms a basis for an important conversation that is happening right now in this country about the rights of people who work to bring food to our tables.”

Migrant Dreams focuses on a group of women, mostly from Indonesia, who work packing vegetables inside greenhouse operations in Leamington, Ontario. The women have been recruited by agents who illegally charge upwards of seven thousand dollars in agency fees. Unable to afford the levy, migrants use their Canadian wages to pay back their debt and rent on company controlled housing, with little left over to send back home. The workers’ dreams are pinned to the hope that their two-year contracts will be renewed for another two years. Local activists try to help the women by informing them of their rights and finding alternative housing.

“I’m thrilled TVO is making the story of these women in Migrant Dreams available to a wide audience,” said Min Sook Lee. “There are over 100,000 low-wage migrant workers in Canada, many with legitimate complaints about their living and working conditions. I hope this film can be part of a critical examination of migrant labour in Canada.”

This is a short clip of the upcoming full length documentary film on Asylum Process in the US, entitled "Eyes That Don't See, Hearts That Don't Feel" by Producer/Director Paula Gardner 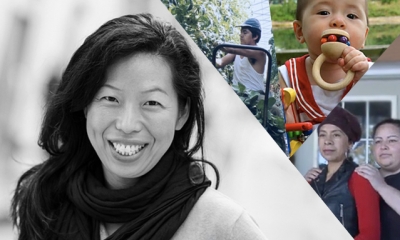 Join Cinema Politica for a special evening to honour and celebrate the documentary and activism work of tenure track Assistant Professor Min Sook Lee, whose new film MIGRANT DREAMS is set to launch this Spring.

Lee will give a presentation of her work, which spans several decades and includes television shows, theatrical documentary and online media. Throughout her career she has shown an stalwart dedication and commitment to both human rights and environmental protection.

In particular, Lee’s efforts to raise awareness and realize concrete changes concerning the lives of new immigrants and migrant workers in Canada resonates with Cinema Politica’s mandate to screen truth to power while showcasing alternative perspectives and strengthening communities engaged in struggle against oppressive systems.

Lee will screen segments from several of her films including TIGER SPIRIT, EL CONTRATO, HOGTOWN, BADGE OF PRIDE, and her newest, much-anticipated MIGRANT DREAMS.

(Toronto — September 27, 2010) The Faculty of Art at OCAD University (OCADU) launches Art Creates Change: The Kym Pruesse Speaker Series with a talk by filmmakers Ambarien Alqadar and Samina Mishra, in conversation with Richard Fung, on Wednesday, October 13 at 7 p.m.

Ambarien Alqadar and Samina Mishra’s presentation “Documentaries from Jamia Nagar” asks the question, “What are the dilemmas faced in making documentaries about one’s own neighbourhood when that community is a loaded site of refuge, stereotyping and police repression?”

Alqadar and Mishra both graduated from the prestigious AJK Mass Communication Research Centre (MCRC), which houses India’s only MA program in film and television. The MCRC and its host university Jamia Millia Islamia are located in the neighbourhood of Jamia Nagar, increasingly referred to as Delhi’s Muslim ghetto. As filmmakers with roots in Jamia Nagar, their complex and probing documentaries address both “insiders” and “outsiders” in raising difficult questions about gender, sexuality, class, religion and nation.

Alqadar will screen excerpts from Who Can Speak of Men, about women who cross dress, and Between Leaving and Arriving, which probes the infamous “Batla House encounter,” in which neighbourhood youth were killed by police. Mishra will screen from A House on Gulmohar Avenue, which uses her own story as the great granddaughter of Dr. Zakir Hussain, India’s first Muslim president and a founder of Jamia Millia Islamia university, to explore what it means to be a Muslim in India today, and Come, Walk Through Our Streets, produced with children from Jamia Nagar.

These screenings will be followed by a conversation on the ethics and politics of neighbourhood autoethnography with Richard Fung, Associate Professor in OCADU’s Integrated Media program, and Visiting Professor at the MCRC in 2009.

All are welcome and admission is free.

Art Creates Change: The Kym Pruesse Speaker Series will continue in 2011 with the following presentations:

Susan Buck-Morss
Thursday, February 3, 2011, 7 p.m.
Susan Buck-Morss is Professor of Political Philosophy and Social Theory in the Department of Government, and a member of the graduate fields of German Studies and History of Art at Cornell University. Her training is in Continental Theory, specifically, German Critical Philosophy and the Frankfurt School. She is currently researching and lecturing on politics and religion, theories of sovereignty, legitimacy and faith, and economies of political vision.

Wafaa Bilal
Thursday, February 10, 7 p.m.
The Chicago Tribune named Iraqi born Wafaa Bilal Artist of the Year in 2008 and called his dynamic installation, Domestic Tension, “one of the sharpest works of political art to be seen in a long time.” Through his varied art practices of installation, photography and performance, and utilizing the interactivity of the Internet, “re-skinned” video games, or body tattoos, Wafaa Bilal provokes and challenges audiences to consider the absences that result from war and contemporary violence. His works are incisive and chilling, conceptually driven, and at the same time playful and full of mourning. Wafaa Bilal is Assistant Professor of Art at New York University's Tisch School of the Arts.

All events are free and open to the public, and take place in OCADU’s Auditorium.

An artist, educator, writer and theorist, Kym Pruesse is celebrated as an expert in popular culture, art and design history, visual activism, art criticism and curatorial practice. A part of the OCADU community since 1994, Kym taught courses in media and cultural studies, contemporary theory, women in art, art criticism, popular culture and studio. She believed in a cross-disciplinary perspective and taught in both the Faculty of Art and the Faculty of Liberal Studies at OCADU. She passed away suddenly in June, 2009. The Art Creates Change series commemorates Kym’s work at OCADU, as well as her contribution to the Toronto art community.

The Kym Pruesse Memorial Scholarship is awarded to a student in excellent standing who shows a demonstrated interest in curatorial practice, art and design activism and/or popular culture. If you would like to make a donation in support of the scholarship, please contact Julie Frahar, Manager, Individual Giving & Alumni Relations, at 416.977.6000 Ext. 485.