The Nuit Rose Festival of Queer Art and Performance closes its 2017 edition with a public party for artists, curators, contributors and supporters. You all made this year's festival a truly stellar event! Please come to celebrate with us at OCAD University's new Ignite Gallery, 165 Augusta Avenue (Kensington Market).

The gallery is exhibiting work by Nuit Rose artists Shawn Postoff, Hillary Jane Licop, Lynn Strendin and Brad McDermott. We hope to see you all there. 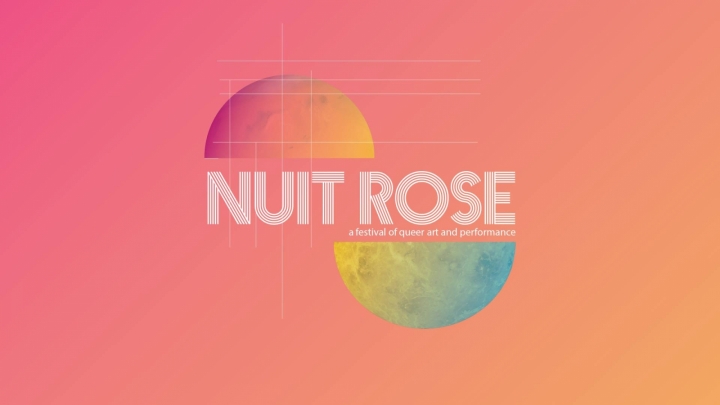 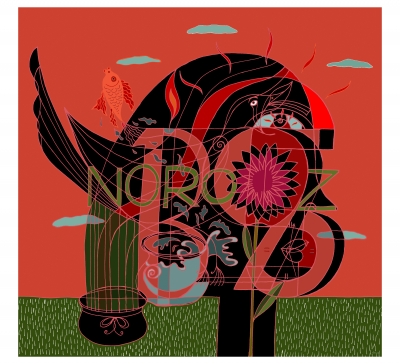 You can review the Top 10 best collections of illustration images selected by the judges here.

Crash Pad is a performance/installation about the artist’s "failing," disabled, or otherwise socially taboo body. Central to Crash Pad is a large sculptural object modeled after a single-pill blister pack. This pseudo-resting place will exaggerate the the unease of finding a comfortable resting position, and will make up the main element of this quiet performance.

This performance work reflects upon the 150 years of occupation of Indigenous lands by the Canadian Federation, a British colony, by creating a participatory durational piece called 150 Blows.

Stimson’s performances often examine identity construction, specifically the hybridization of the Indian, the cowboy, the shaman and the Two Spirit being. Buffalo Boy, The Shaman Exterminator, and The Lord of the Plains are three of his reoccurring personas. 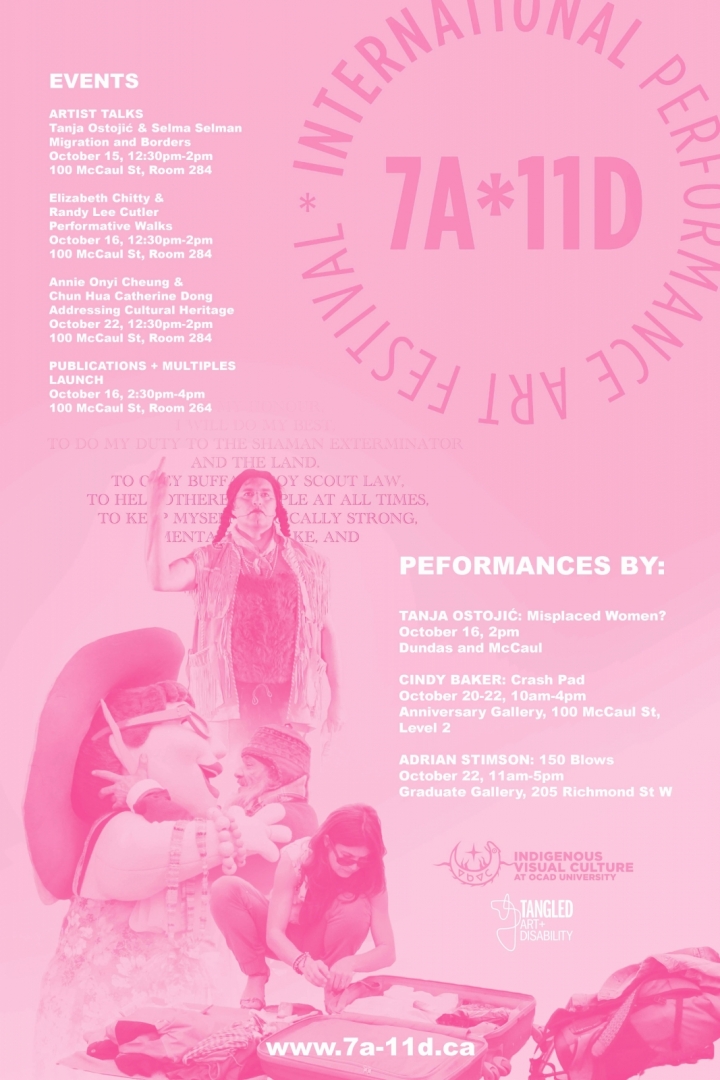 An Evening with Cheryl L’Hirondelle 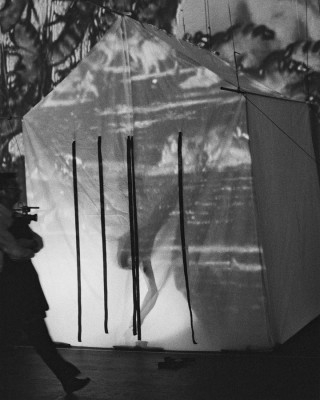 The Faculty of Art of the Ontario College of Art & Design (OCAD) is pleased to welcome performance artist Cheryl L’Hirondelle for a free public lecture on Wednesday, October 15 at 6:30 p.m.

L’Hirondelle’s lecture is presented in conjunction with her visit to Toronto to perform her latest work, êkâya-pâhkaci (“don’t freeze up”; see description below), at the Toronto Free Gallery on October 16 at 8 p.m. L’Hirondelle is presented by the Fado Performance Art Centre during the 2008 imagineNATIVE Film + Media Arts Festival.

Cheryl L’Hirondelle (a.k.a. Waynohtêw, Cheryl Koprek) is an Alberta-born artist and musician of Metis/Cree non-status/treaty, French, German, and Polish descent. Her creative practice is an investigation of the junction of a Cree worldview (nêhiyawin) in contemporary time and space. Since the early 1980s, L’Hirondelle has created, performed and presented work in a variety of artistic disciplines, including music, performance art, theatre, performance poetry, storytelling, installation and new media. In the early 1990s, she began a parallel career as an arts consultant and programmer, cultural strategist/activist, and director/producer of both independent works and projects within national artist-run networks.

L’Hirondelle’s performance work has been featured in various texts including Caught in the Act: An Anthology of Performance Art by Canadian Women, edited by Tanya Mars and OCAD Professor Johanna Householder, and Candice Hopkin’s Making a Noise: Aboriginal Perspectives on Art, Art History, Critical Writing and Community. In 2004, L’Hirondelle and Hopkins were the first Aboriginal artists from Canada to be invited to present work at Dak’Art Lab as part of the sixth biennale of contemporary African art in Dakar, Senegal. In both 2005 and 2006, L’Hirondelle was the recipient of imagineNATIVE’s Best New Media award for her online net.art projects: treatycard, 17:TELL and wêpinâsowina.

êkâya-pâhkaci [ee-guy-uh-puck-a-chee] (don’t freeze up) by Cheryl L’Hirondelle operates through an intersection of nomadic site-specificity, visual patterning, language, narrative, movement and rhythm. In this work, Cheryl stages a performance presented under an adaptable traveling tent from where she relates and offers information to the audience using her body, voice and graffiti/tagging. The audience, by proximity and in accepting her invitation to witness her activities ‘comes in from the cold’ and becomes part of her ‘camp’.

About Fado Performance Art Centre
Founded in 1993, Fado was established to provide a stable, knowledgeable and supportive forum for creating and presenting performance art works created by Canadian and international performance artists. Fado is the only artist-run centre in English Canada devoted specifically to this form. Fado’s activities include presenting performances, artist talks, festivals, residencies, exchanges and workshops, as well as publishing in a variety of formats, including video and for the web. For more information please visit www.performanceart.ca.

About the imagineNATIVE Film + Media Arts Festival, October 15 to 19, 2008
The imagineNATIVE Film + Media Arts Festival is an international festival that celebrates the latest works by Indigenous peoples on the forefront of innovation in film, video, radio, and new media. Each fall, the festival presents a selection of the most compelling and distinctive Indigenous works from around the globe. The festival’s screenings, parties, panel discussions, and cultural events attract and connect filmmakers, media artists, programmers, buyers, and industry professionals. The works accepted reflect the diversity of the world's Indigenous nations and illustrate the vitality and excellence of our art and culture in contemporary media. For more information please visit www.imaginenative.org. 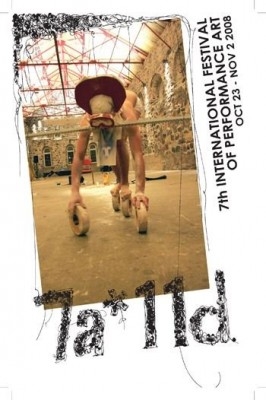 7a*11d is pleased to present the seventh International Festival of Performance Art from October 23 to November 2. Daily and evening performance art events take place at XPACE Cultural Centre and Toronto Free Gallery; with special events taking place at The Gladstone Hotel and the Fleishman Gallery at WonderWorks.

7a*11d is proud to announce our forthcoming 7th International Festival, a culmination of 11 years of working together as an artist-run collective. In order to celebrate this accomplishment, the 2008 7a*11d festival is nothing less than an international survey of global live art - progressive and provocative new performance works by over 30 local, national and international performance artists. The festival hosts residencies, performance art events, panel discussions, artists' talks, video/performance screenings, and workshops in 11 jam-packed days.

ciudadMULTIPLEcity: Art & The City: An Experiment in Context 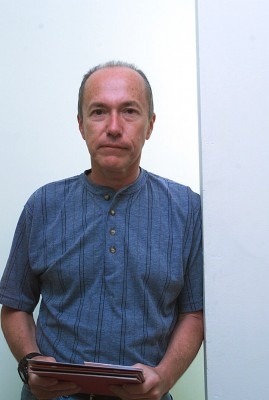 Presented by A Space Gallery, in partnership with Salvador Allende Arts Festival for Peace and the Ontario College of Art & Design.
Gerardo Mosquera is a freelance curator and critic based in Havana, Cuba. For his talk at OCAD, he will discuss his role as curator of ciudadMULTIPLEcity, a 2003 project that gathered international artists, including Francis Alÿs, Ghada Amer, Gustavo Artigas, Cildo Meireles and Gu Xiong, who responded to Panama City's fascinating complexities.

Other recent curatorial projects by Mosquera include the Liverpool Biennial International 2006 and the Panorama da Arte Brasileira Contemporanea (Sao Paulo, Rio de Janeiro, Recife, Vigo, 2003-2004). He was the founder of the Havana Biennale and is currently Adjunct Curator at the New Museum of Contemporary Art, New York and advisor at the Rijksakademie van Beeldenden Kunsten, Amsterdam. He is the author of numerous books and texts on contemporary art and art theory and has co-edited Over Here, International Perspectives on Art and Culture (Cambridge, 2004), and edited Beyond the Fantastic: Contemporary Art Criticism from Latin America (London,1995).

All are welcome; Admission is free.
Limited seating available. Guests are advised to arrive early. 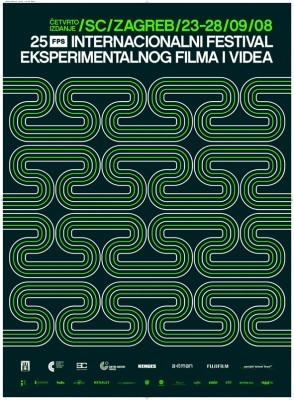 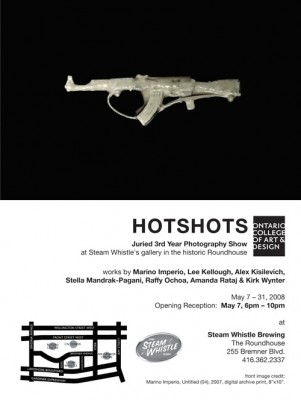 The show is comprised of 7 Third Year Photography students: Marino Imperio, Lee Kellough, Alex Kisilevich, Stella Mandrak-Pagani, Raffy Ochoa, Amanda Rataj & Kirk Wynter, whose work was selected through a juried committee. Grouped together based on artistic merit rather than overriding themes, these up-and-coming young artists offer unique insights into issues pertaining to the reinvention of the document, exploration of identity and historical vs. contemporary processes.

Call for Submissions: LuminaTO at OCAD

This year's LuminaTO festival (June 7, 2008) will focus on Queen West's artistic contribution from the mid 1970s to the mid 1980s... with a special focus on OCA (now OCAD), music, and performance arts. One of my tasks is to help organize the display of artifacts from the day: posters, photos, album covers, newspaper items, weird objects ... all the things that might contextualize the time.

We have the use of the "Great Hall" at OCAD for the day of June 7 for this exhibition of what production creator Martin calls "memorabilia". I am asking for contributions to this exhibition... anything that might evoke the period that you would be willing to share for a day.

If you are interested in submitting an artifact, please obtain a form for acknowledgment and return information from Kym Pruesse, Professor, Liberal Studies, OCAD at kpruesse@faculty.ocad.ca, and drop off your submission in an envelope clearly marked with the lenders’ name and contact information to the LuminaTO box in the Faculty of Liberal Studies office, Room 315, 100 McCaul Street, Toronto. The office is open Monday Friday, 9 am to 5 pm. All artifacts will be returned!

Also, any volunteer help in managing the installation and take down would be welcome. Alumni and student involvement would be very helpful.

Wayhome installation is in progress! 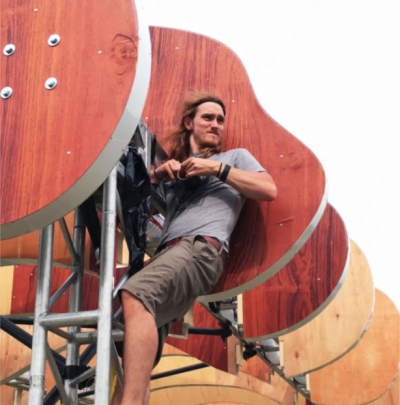 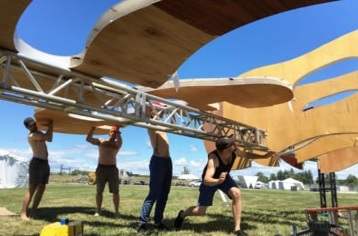 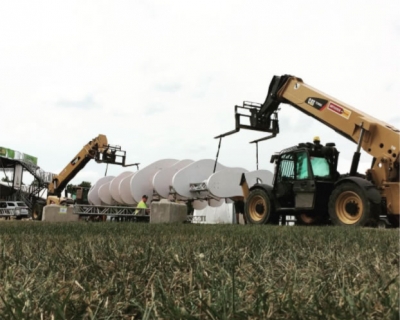 OCAD University Industrial Design students and alumni are hard at work assembling The Cloud, their installation for this weekend’s Wayhome Music and Arts festival.