Voices: Artists on art, an project conceived by Yvonne Lammerich and Ian Carr-Harris 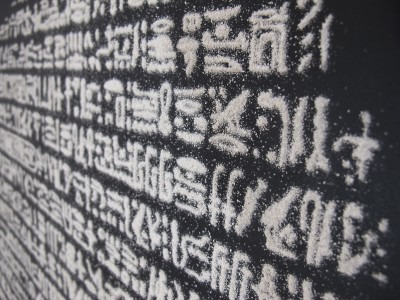 Voices: Artists on art, an artists’ project conceived by Yvonne Lammerich and Ian Carr-Harris. Part video project, part artists’ installations, the presentation brings together the narrative sketching out what the idea of contemporary can mean for artists and the public today. In photography, The Mobile Ruin documents the post-1989 movement of the Berlin Wall, both large and small fragments, from Berlin to North America. In Craft & Design, three exhibitions – Le Labo: New Perspectives in Jewellery in Quebec, Working It Out and The Deer of Nine Colours – showcase up-and-coming artists exploring inventive approaches to art jewellery, ceramics, glass and textiles.

Public Opening Reception
Thursday, September 28, 7–10pm, Free
Join us for the public opening party for our Fall exhibitions! Enjoy a cash bar and snacks while you mingle with artists and curators.

The present is hollow without a future aware of its past. Fifty years ago, in 1967, the National Gallery hosted 51 artists in Toronto’s Nathan Phillips Square in a groundbreaking look at what contemporary art could mean for a public looking to artists to help define a national historical narrative. That narrative continues to be defined today.

In a link to that exhibition, Voices: artists on art presents a series of deeply insightful interviews that open a door into 51 studios of artists currently working across Canada in 2017, while also reminding us how powerfully expressed were the thoughts of those 51 artists in 1967.

This project is comprised of two components: a rare opportunity to access the 51 video interviews and to present artists’ multi-media installations that bridge the historical with the contemporary.

Part of the project of Voices: artists on art, this collection of eight vitrines pays homage to two artists whom would have been interviewed for the project had that been possible before their untimely deaths. Artists Yam Lau and Paulette Phillips respectively agreed to represent the work of Gordon Lebredt and Laurel Woodcock in two of the eight cases. As well, the inclusion of works by six emerging Toronto-based artists whose work and practices provide a glimpse into the vitality of contemporary art in this city.

Vid Ingelevics and Blake Fitzpatrick present a new photo-based installment of their long-term Berlin Wall project Freedom Rocks. The project began with the goal of documenting the post-1989 movement of the Wall, both large full segments and small fragments, from Berlin to North America.

The Mobile Ruin is part of the project conceived by Yvonne Lammerich and Ian Carr-Harris entitled Voices: artists on art.

Le Labo is a project dedicated to creation, exploration, experimentation and reflection in contemporary art jewellery. Initiated in 2010 and organized over two years, the Le Labo workshop series aimed to develop processes of conceptual, aesthetic and visual research in order to open up new creative avenues. This project has led to encounters, reflection, and stimulating discussion about contemporary jewellery; it has allowed many young artists to identify the creative and expressive potential of the field. This exhibition features work produced during the Le Labo project.

The convergence of making and thinking is a constant in the Craft & Design Studio at Harbourfront Centre. For our artists and designers method and meaning are not disparate; connections are made with the past and present and with an eye to the future. They’re exploring ideas of technology, identity and history; engaging with time-honoured materials and process to respond to the world around and within them. This exhibition introduces a selection of new Artists-in-Residence at Harbourfront Centre.

Jing Huang’s ceramic explorations are guided by experiences that come from living in an unfamiliar landscape, meeting different people and experiencing new cultures. Her work records the feelings and changes in her life outside her county. 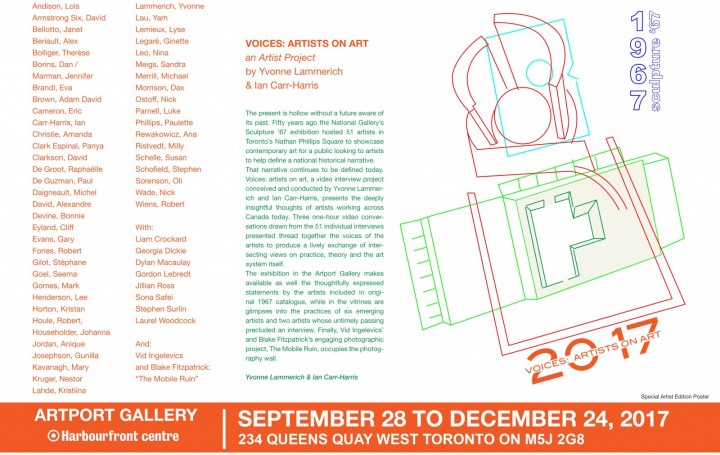 The echoes of children’s voices have long since faded from the halls and classrooms of 180 Shaw Street. This elegant school building has been repurposed, transforming its identity into the innovative Artscape Youngplace. As the passage of time and human interventions threaten to erase the past, collected and saved relics gain importance as portals to memory, nostalgic yearnings, and the teaching of history. Whether cracking open a box of old photographs, looking through a dusty filing cabinet of letters and documents, or double-clicking a Zip file of compressed digital information, the pleasures and provocations of encountering archival content is a catalytic moment of reorder and reappraisal.
Occupying three floors of spacious hallway, this exhibition features new works by artists who have been granted access to the rich Givins/Shaw School archival collection comprised of records and data, photographs of classes and teams, trophies and plaques, scrap books, press clippings, snapshots and more, unpacked from locked closets and an over-stuffed vitrine. This remarkable treasure trove has inspired and provoked creative responses in sculpture, installation, assemblage, text and photo based works. The exhibition also features historical and pedagogic displays, and works by students at Givins/Shaw Jr. Public School.