Anson Liaw is an illustrator based in Toronto, Canada. Upon graduating from the Ontario College of Art from the Communication & Design Department Design Advertising Program in 1989, his versatile illustrations have been an integral part of many projects ranging from magazines, book publications, corporate, packaging and advertising communications.

His illustrations take on critical views; both light and heavy about life in the world around us and that deals with social, political, cultural issues and lifestyle subject matter.

This illustration’s theme offers a dark take on one of the most commercialized of holidays: Valentine's Day. I adopted a literal interpretation of the idea of giving someone your heart, exploring the inherent vulnerability in the expression. Love can be both bitter and sweet, contrary to the happy portrayal of Valentine's Day, and I wanted to show a more twisted side, depicting a love not received or returned. 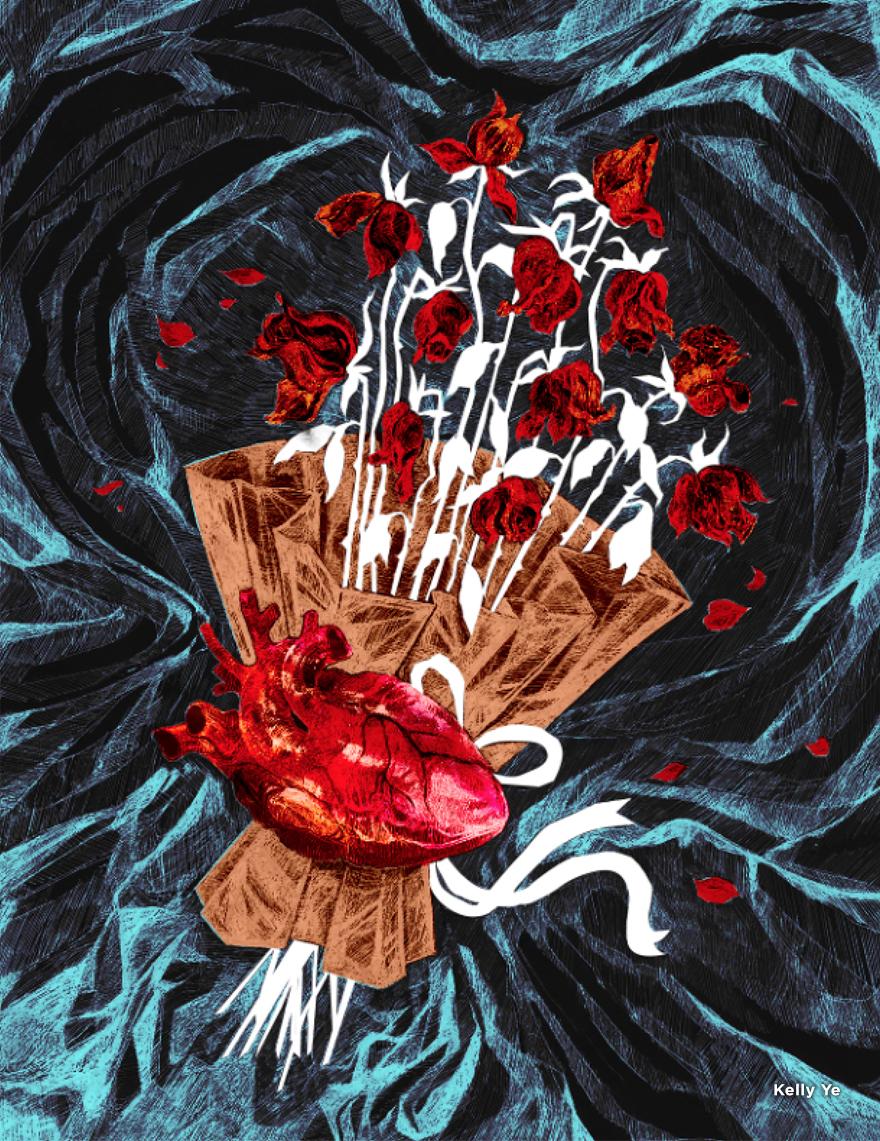 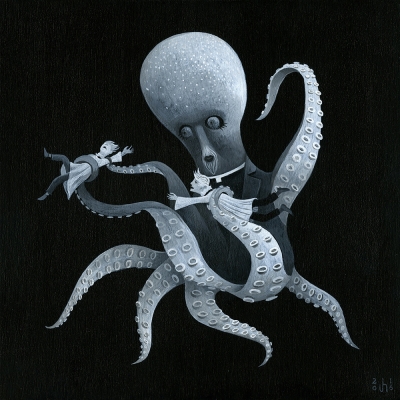 Illustration Assistant Professor Jody Hewgill's series “Night Parade of 100 Demons” has garnered an Award from The Society of Illustrators.

The 4 paintings are acrylic on birch panel, and are based on demons from Japanese folklore Hyakki Yagyo.

They were created for an exhibition at Northern Contemporary Gallery curated by Histoshi Murakami and Andrew Foerster in Toronto, October 2016. 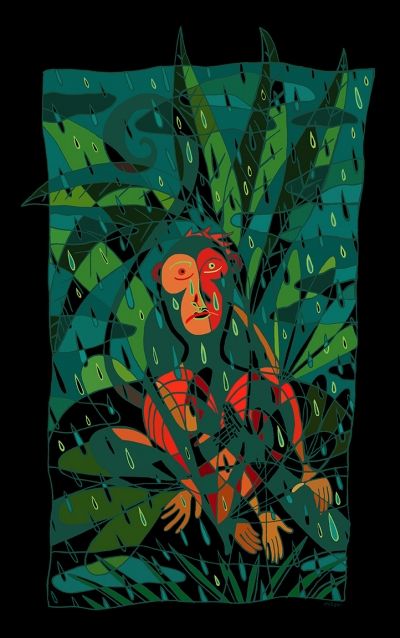 Illustrator artist and OCA Alumni, Anita Kunz is organizing this event in-conjunction with the Story Book Farm Primate Sanctuary and has received and collected over 70 plus pieces of artwork from various wonderful contributing illustrators and artists which will all be auctioned off.

All money will be donated to help feed and house the monkeys at the Story Book Farm Primate Sanctuary.

with Anita Kunz and friends

For more information and updates, please review the information on this link on the www.storybookmonkeys.org website and on Anita Kunz's latest Facebook profile update about this event:

Martin Wittfooth was born in Canada in 1981. He earned his MFA from the School of Visual Arts in New York City in 2008. Wittfooth's work has been exhibited in galleries and museums worldwide, with solo exhibitions in New York City, Los Angeles, Seattle, and Montreal.

His paintings have also appeared in numerous publications, including cover features in New American Paintings, Hi-Fructose, and American Artist, to name a few. He has lectured at various art institutions, including Maryland Institute College of Art in Baltimore, Ontario College of art and Design in Toronto, and The Museum of American Illustration in New York City. 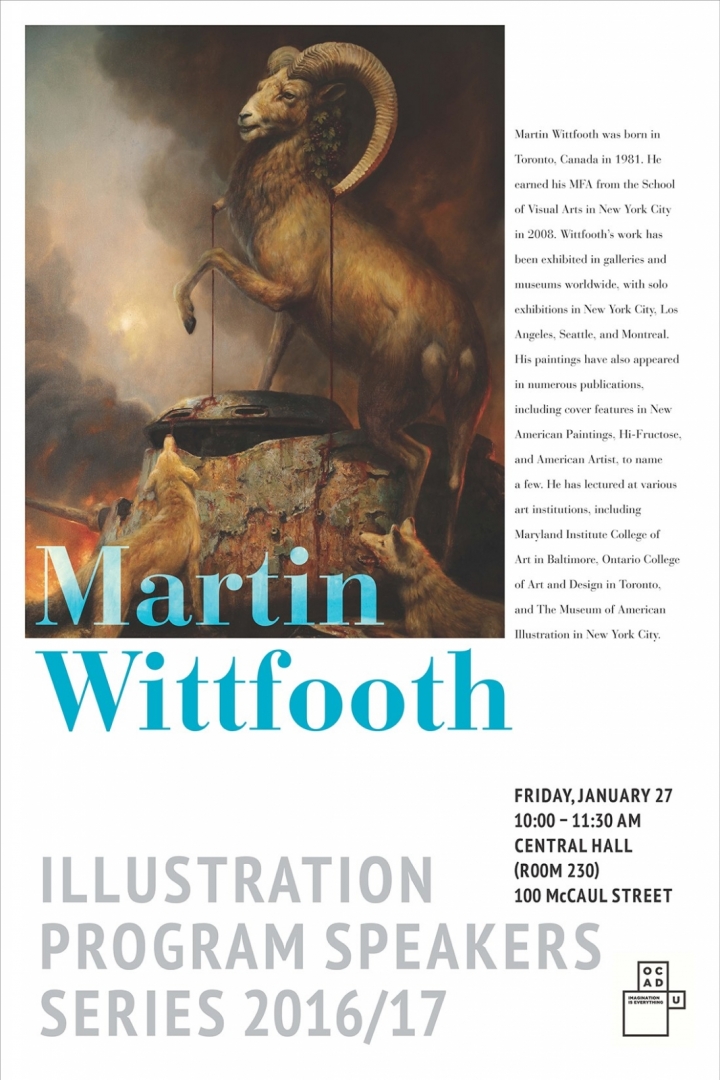 Barry Blitt on illustrating the story of the year 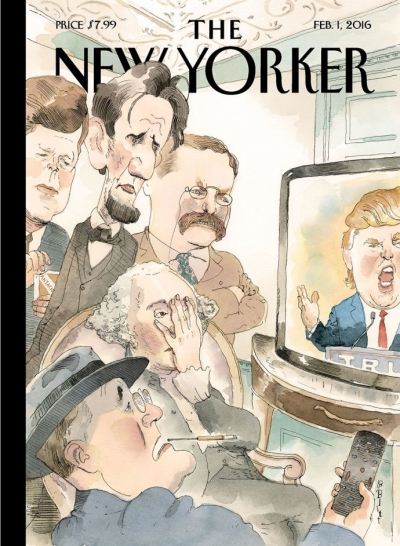 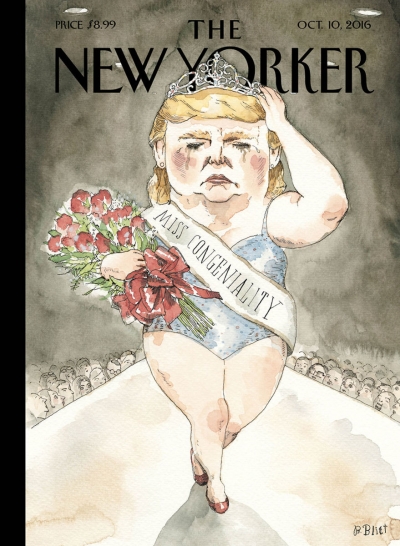 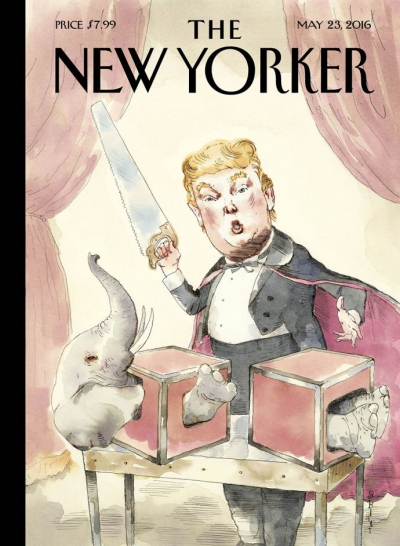 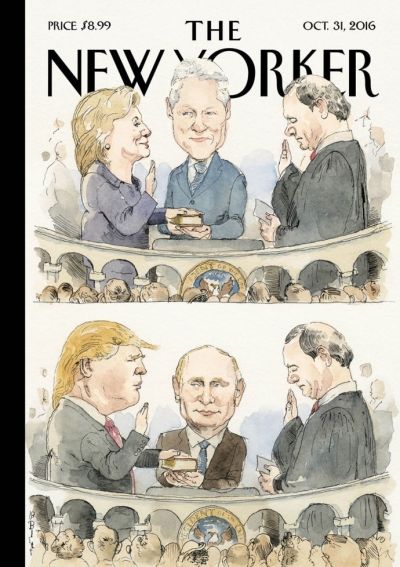 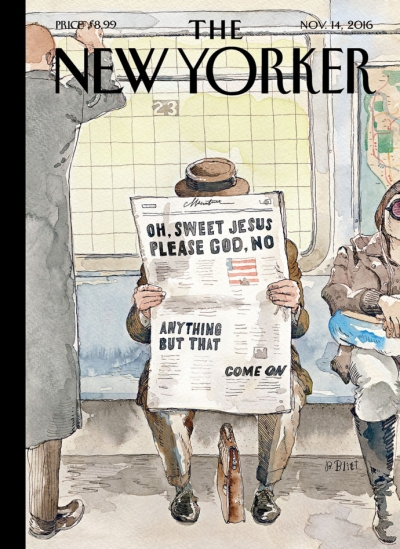 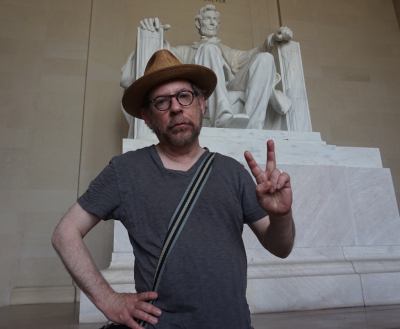 One of America’s foremost illustrators (and OCAD University alum), Barry Blitt is perhaps best known for his political New Yorker magazine covers. He’s illustrated over 80 covers along with doing work for The New York Times, Vanity Fair and Rolling Stone. Barry has also illustrated a series of children’s books.

We caught up with Barry to ask him about illustrating Time’s person of the year, Donald Trump. 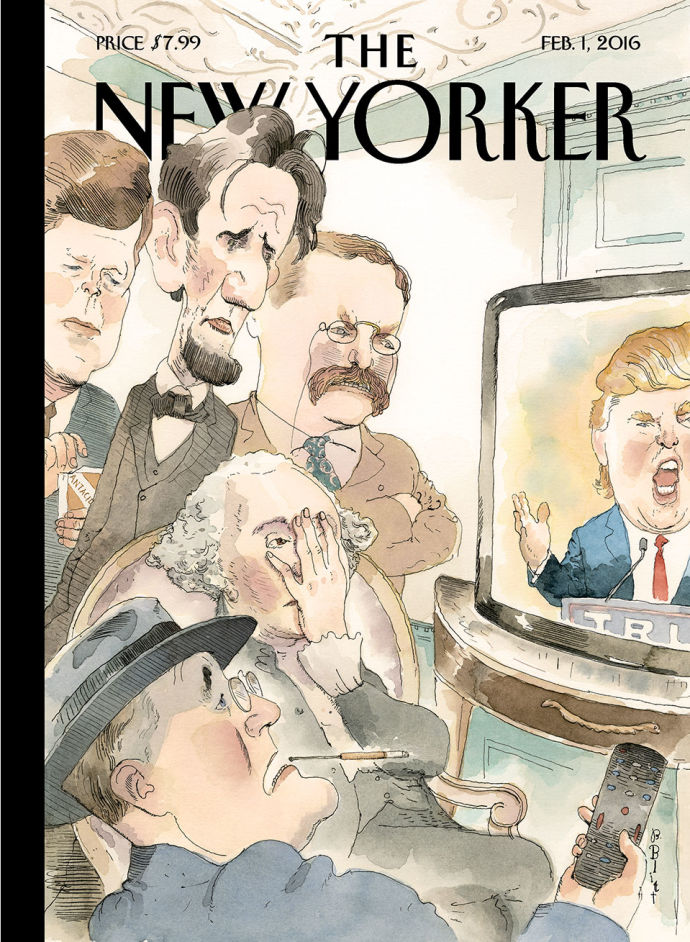 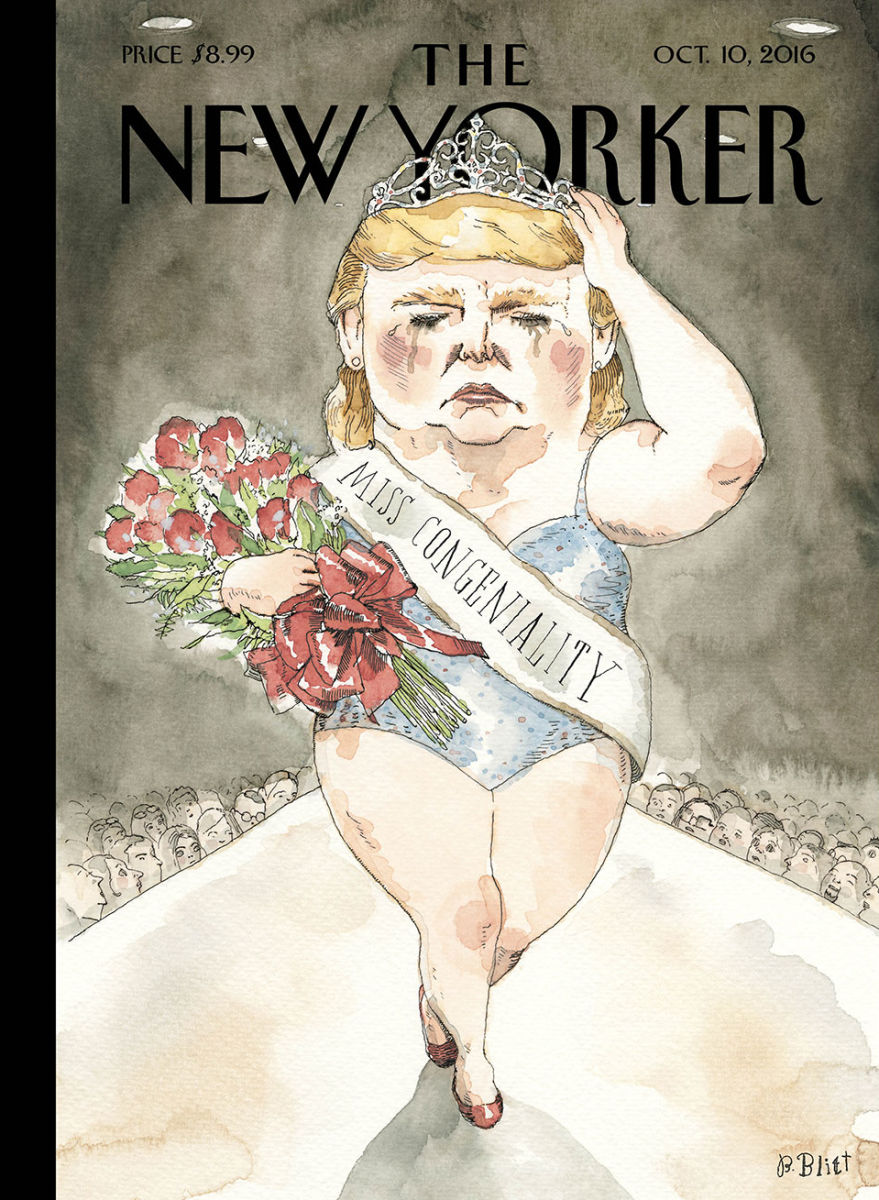 As someone who’s been living the US presidential election campaign pretty closely for the past year and a half, how do you feel now that it’s over?

You'd think I'd be happy it's finally over, but the result was so disappointing to me. It was sort of giddy fun during the early months, but as it wore on - in those last few weeks of the campaign -  it became harder and harder to filter out the ugliness of the whole thing. 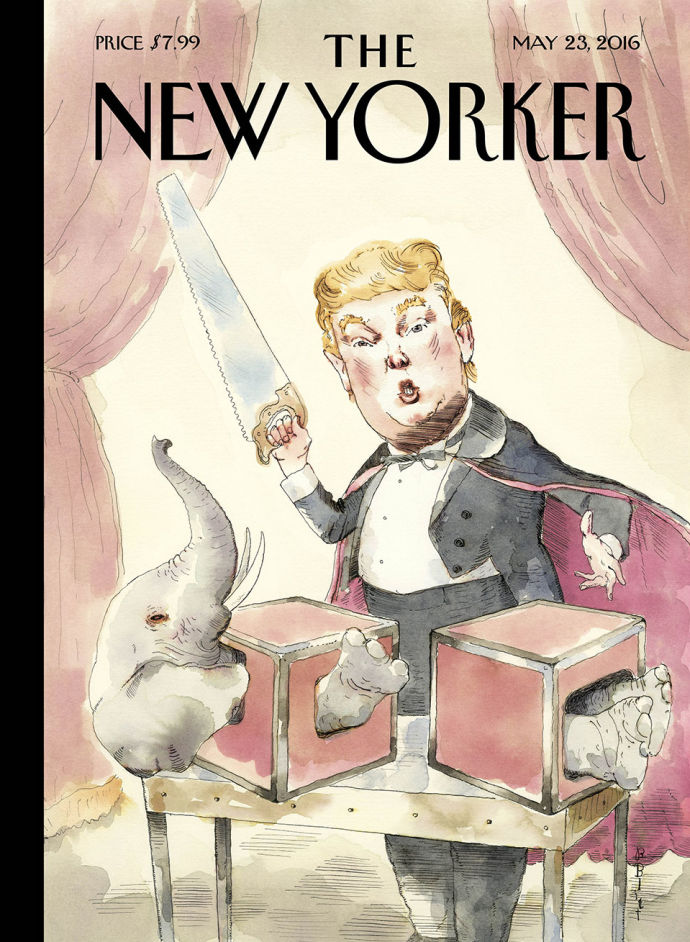 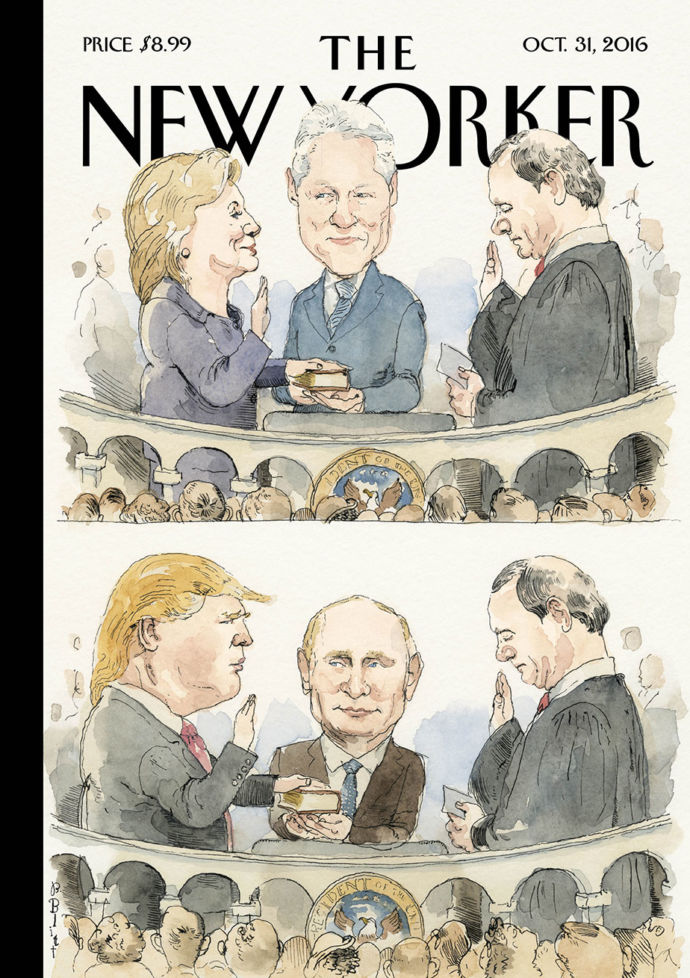 Will you draw Donald Trump differently now that he’s been elected president?

I don't know - I haven't been able to bring myself to draw him since. Though I expect it's inevitable, unless I go into another line of work. Orthodonture or ditch-digging are suddenly looking tempting in comparison. 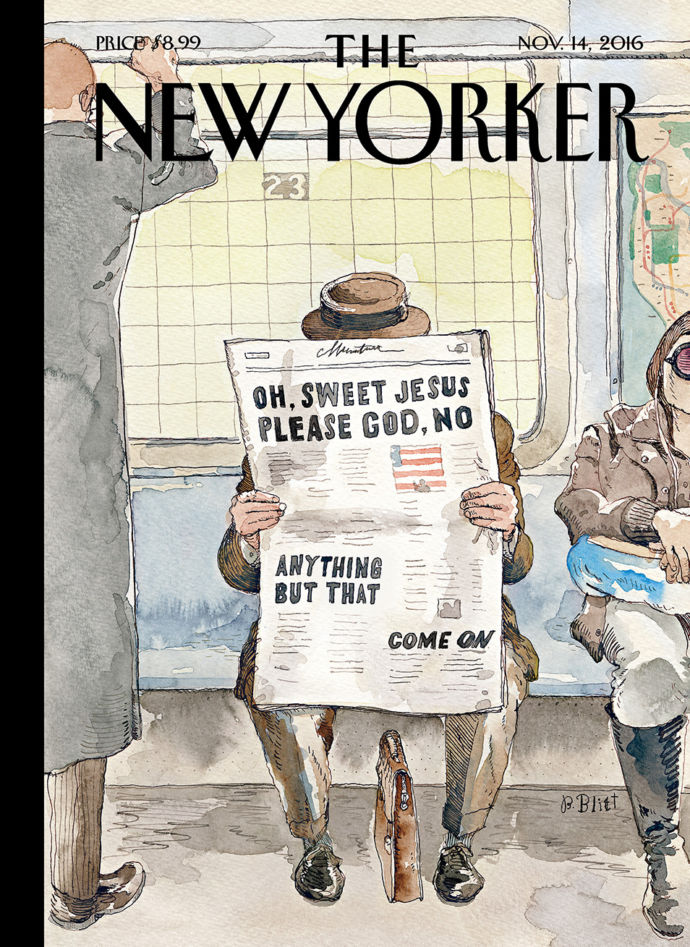 What’s your creative process? How do you come up with your New Yorker cover ideas?

I try and keep a sketchbook around all the time and scribble wry thoughts as they occur, with as little self-editing as possible. Then, I redraw the least objectionable ideas as quick sketches, and submit them to the magazine. If something gets chosen I begin the process of sucking all joy and life out of the drawing for the final art. 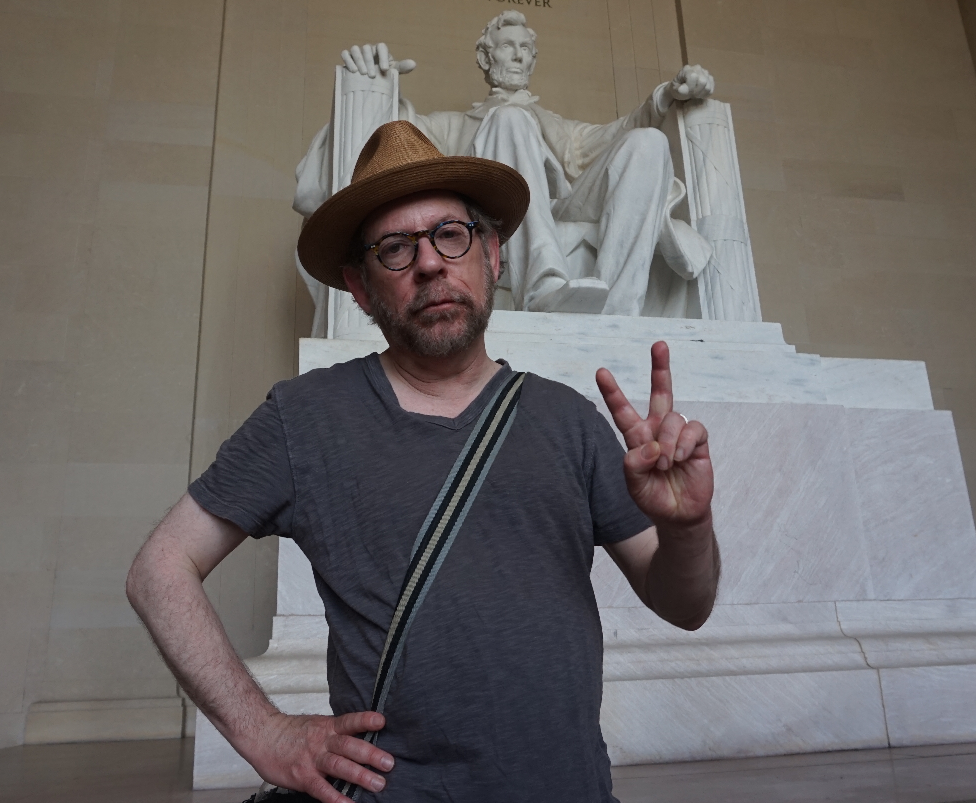 2016 OCAD U Illustration grad Kaitlinn Martin has expressed it better than we ever could. Please enjoy yourselves this festive season, and view more of Kaitlinn's work online. 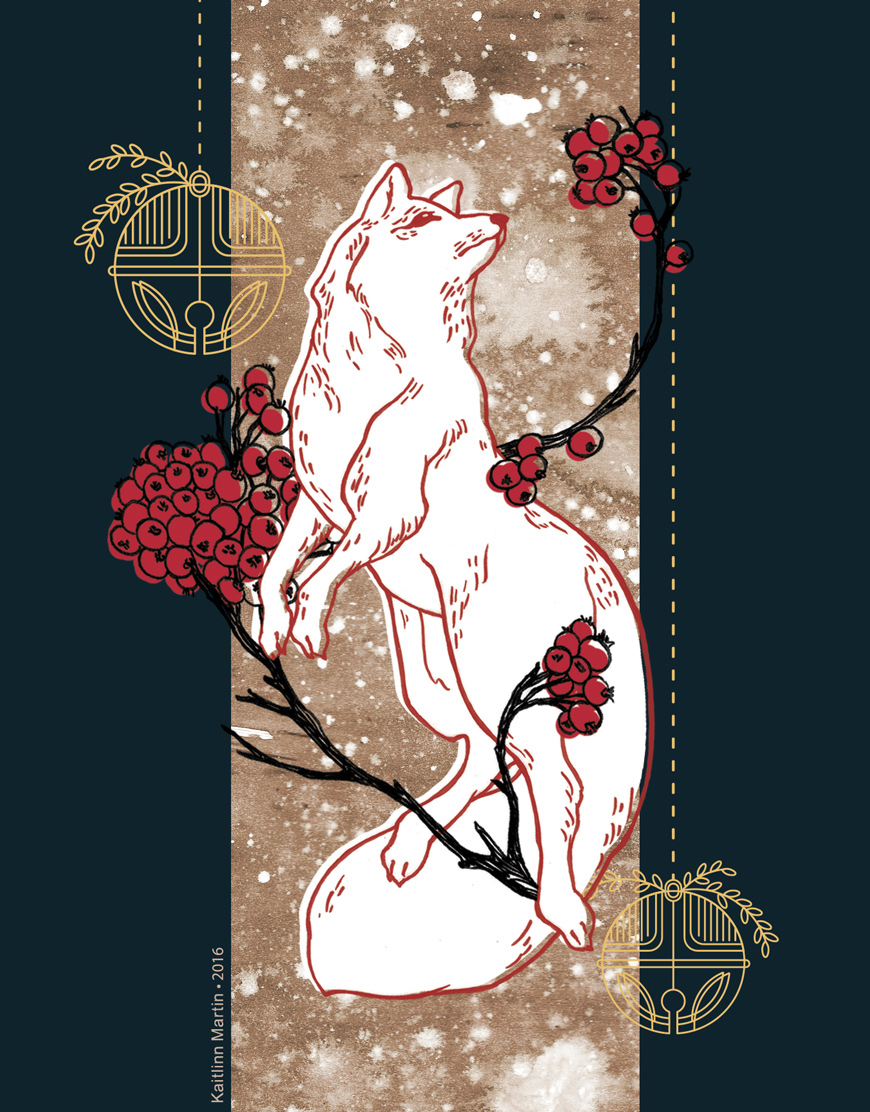 Toko Hosoya is a Japanese-born Canadian illustrator whose youth belies her talent to put on paper her imagined worlds in a technically stunning and rigorously detailed manner. Not to mention her capacity for humor. Toko’s fantastic worlds are as inviting as the things we are told to stay away from as children are alluring. They are curious expanses of wilderness and fun but not without the possibility of hurt, of real danger. Be it the encroachment of a seemingly benevolent mushroom on a human face, or an angry moth man chasing moth children, Toko’s illustrations, some of them as small as 15” x 7”, are like distillations of a well-thumbed childhood favorite. As with such picture books visited years later, Toko’s illustrations make what must have been once obvious obscure and the frightening playful.

Toko works in a variety of different mediums, ranging from sculpture to illustration, using materials such as felt, ink, and truth. Often in her work, a powerful tool of manipulation becomes a site of honesty, where she communicates her innermost thoughts and feelings. A ceramic deity, or a fantastical story become ways through which she can explore truth, and challenge its many perceptions. By fantasizing the mundane, and fusing the past and present with fantastical narratives, the images invite the viewer to consider the extent to which the unreal is woven into their reality. In doing this, Toko hopes to better understand her place in the world and to encourage others to take a look at the absolutes in their lives - with a grain of salt.

Through Salt Cure, I am continuing my examination of the idea that truth and reality are things we choose. It seems to me that facts don’t have much power in the way of beliefs, and the intangible plays a powerful role in the world as we know it. The namesake of the exhibition refers to two things. Consuming salt triggers the release of dopamine in the brain and the addictive, primal satisfaction it brings can be seen as a salt “cure”. On the other hand, curing salts are used in preservation to prevent or slow decomposition by bacteria or fungus. During my period of salt addiction, I was essentially salting and suspending myself in a state of stagnation. Choosing the easier narrative to simply put my mind at rest ultimately resulted in something more like poison than a cure.

Humans are seemingly inclined to see narratives where there are none. Oftentimes, a way for me to feel that I have control over the world is by fitting things into a narrative that’s easier to accept. Humans have been telling the same stories for millennia, perhaps because stories allow people to find patterns where there is chaos. I feel that this dependency on narratives is more pronounced in children. They have the benefit of not knowing what is not possible, so they can live in a more fluid world where the impossible happens. Even in adulthood, this mindset can still manifest in many of the things that we do. While the illustrative scenes seem to be out of a fairytale, a darker undercurrents imply that what was playful in youth can turn much more deadly in adulthood.

via Mark Christopher Gallery
poster via 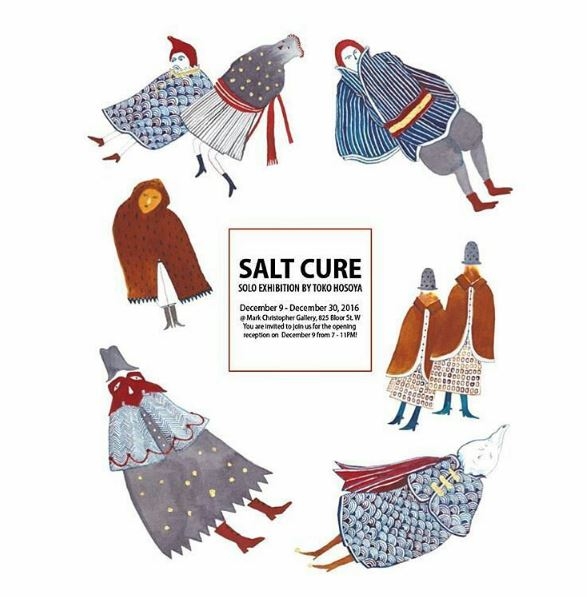 An illustrator explores the Internet of Things 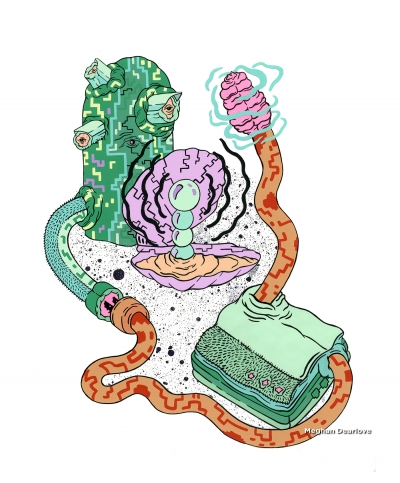 INSTUDIO asked 2016 Illustration grad Meg Dearlove for her take on the Internet of Things. View more of Meg’s work online.