Free event as part of Onsite Gallery's public event program for ᐊᕙᑖᓂᑦ ᑕᒪᐃᓐᓂᑦ ᓄᓇᑐᐃᓐᓇᓂᑦ / Among All These Tundras.

Nancy and Joshua are Inuit but raised in southern Canada. All their lives they struggled with aspects of their identities and now begin to redefine what is means to be a young urban Inuk growing up under the shadow of the Sixties Scoop and the residential school system. Join us for a film screening of The Fifth Region, followed by a conversation with filmmaker Aeyliya Husain and lead participants Nancy Saunders and Joshua Stribbell.

Aeyliya Husain is an award-winning documentary filmmaker whose work focuses on issues of representation, images of war and their interpretation, women, and photography. She has exhibited at festivals both nationally and internationally including, Tribeca Film Festival, where her film ‘Shooting War’ was nominated for best short documentary, Her other films, ‘The World at Ten’ and ‘Daughters of the Revolution’ have also been screened at San Francisco Docfest; Glasgow Short Film Festival and São Paulo Film Festival and have been broadcast on CBC, BBC, RSI (Swiss Public TV) and France 4. Her most recent film ‘The Fifth Region’ premiered at ImagineNATIVE Film Festival in October 2018 and has premiered on The Documentary Channel in November 2019.

Among All These Tundras, a title taken from the poem ‘My Home Is in My Heart’ by famed Sámi writer Nils-Aslak Valkeapää, features contemporary art by Indigenous artists from around the circumpolar world. Together, their works politically and poetically express current Arctic concerns towards land, language, sovereignty and resurgence. Click here to read more.

Onsite Gallery is the flagship professional gallery of OCAD U and an experimental curatorial platform for art, design and new media. Visit our website for upcoming public events. The gallery is located at 199 Richmond St. W, Toronto, ON, M5V 0H4. Telephone: 416-977-6000, ext. 265. Opening hours are: Wednesdays to Fridays from noon to 7 p.m.; Saturdays from noon to 5 p.m. Free admission.

Onsite Gallery acknowledges that the new gallery construction project is funded in part by the Government of Canada's Canada Cultural Spaces Fund at Canadian Heritage, the City of Toronto through a Section 37 agreement and Aspen Ridge Homes; with gallery furniture by Nienkämper. Onsite Gallery logo by Dean Martin Design.

Rescheduled: In Conversation with Tanya Tagaq 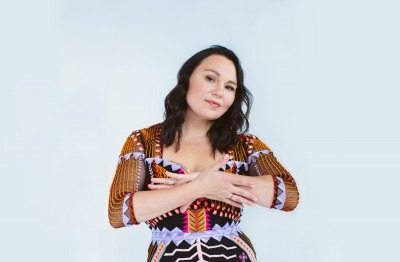 Please arrive early as space is limited to 250 seats.

Tanya Tagaq is an improvisational singer, avant-garde composer and bestselling novelist. A Member of the Order of Canada, Polaris Music Prize and JUNO Award winner, Giller Prize Long Listed author and recipient of multiple honourary doctorates, Tagaq is one of the country’s most original and celebrated artists.

This event is produced with the support of the Faculty of Liberal Arts & Sciences and School of Interdisciplinary Studies, the Indigenous Visual Culture Program, the Creative Writing Program, and the Delaney Family Foundation.