I saw the land and it was unformed and void; and to the skies and they had no light. I saw the mountains and they were quaking and all the hills shook. I saw and there was not a man and all the birds of the sky fled. I saw, and the grove was a desert. And all its cities were demolished in the face of the Lord, in the face of his anger. For so says the Lord: All the land shall be desolate but I will not make an end.

Four gilt Hebrew letters on four blackened airplane doors spell out the word “ha’aretz” meaning “the land.” The word and the installation relate to the artist’s ongoing interest in a particular passage from the biblical book Jeremiah in which the doomsayer prophet echoes language from the book of creation: Breishit. In Genesis there is light, but Jeremiah sees darkness. Instead of vegetation and fruit trees, Jeremiah sees a desert. Where Genesis describes the creation of people, living creatures and birds flying over the land, Jeremiah sees a barren landscape on the brink of destruction.

Throughout his portfolio on this biblical text, Simon Glass considers the way in which Jeremiah’s mirroring of Breishit is refracted in contemporary reality. Degradation of the land, extinction of animals and needless loss of life are caused by comparable manmade devastation that fuels the prophet’s preaching. Yet in transcribing “ha’aretz” onto the salvaged scrap yard doors of a civilian aircraft, Glass suggests taking a bird’s-eye view of the scarred land. Seeing ha-aretz from above, defects become distant and borders blur, offering the potential for healing that Jeremiah longed for.

Simon Glass is an artist and educator based in Toronto. In his artistic practice, archival and original photographic imagery is combined with mystical, biblical and liturgical Hebrew. Recently, his work has gravitated toward installation and examines prophecy in the context of the possibilities and impossibilities of translation, the philosophy of language and the conflation of future and past. Glass graduated from the Ontario College of Art in 1983 where he trained as a photographer and visual artist. He completed an M.A. in Media and Communication at the European Graduate School in 2005. Glass’ work has been exhibited widely in group and solo exhibitions throughout Canada and internationally. He is the recipient of numerous awards from the Toronto Arts Council, the Ontario Arts Council and the Canada Council for the Arts. Glass is an Associate Professor at OCAD University where he teaches photography and cross-disciplinary art. His project “The Ten Commandments/Prohibited Weapons” will be on view at the McMaster Museum of Art in Hamilton from August 17 to December 2 with an opening reception on September 14. 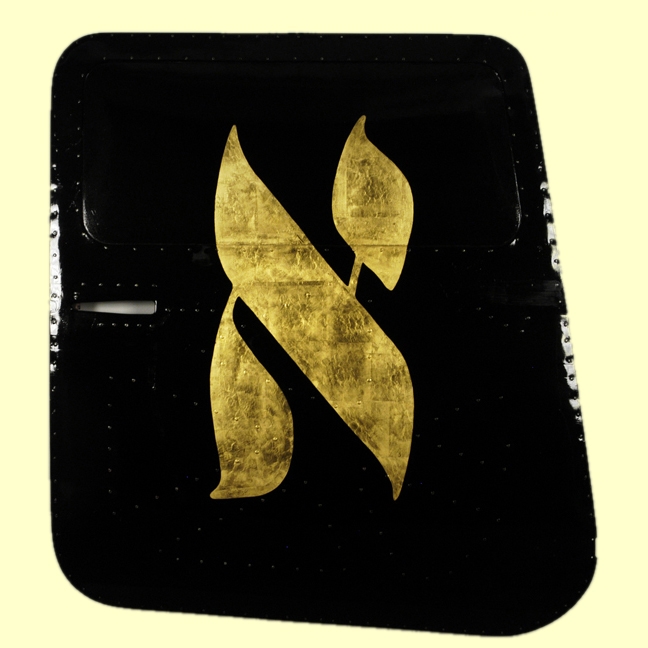 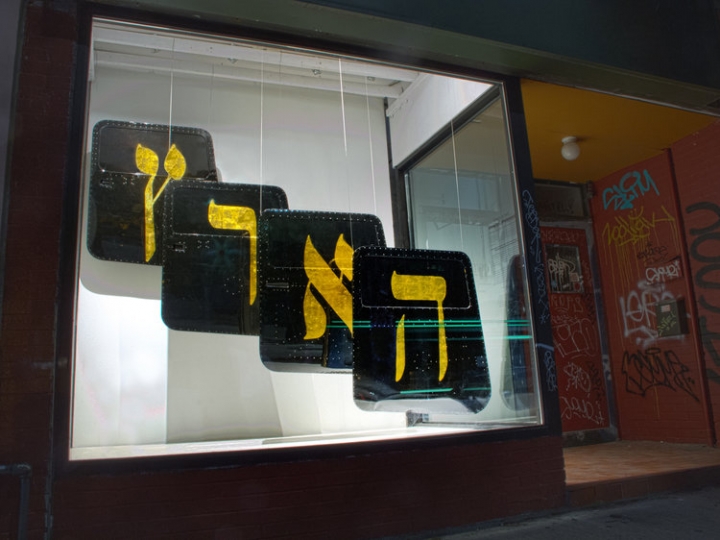