Our campuses are expanding physically and virtually and technology change is facilitating that growth. Student and faculty populations are larger, more diverse and geographically dispersed. At the same time, this population is becoming more open to and dependent on technology to facilitate their learning and busy lifestyles: listening to lectures on iPods, video-conferencing, emailing and accessing course notes. Expectations on IT departments are increasing to support new initiatives, including expanded support for new and existing backend systems, networks, servers, labs, laptops, printers, personal peripherals and mobile devices. How can we expand our campus in a sustainable and efficient way, with fewer resources, and provide an anytime, anywhere, high-quality experience for students, faculty and staff?

A book launch with a difference! You're invited to an "Idea Tasting": an afternoon of learning and celebration. "Think Better" author Tim Hurson will give a keynote about Productive Thinking, why it's important, how it works, and how to use it at work, at home, and at play.
Funds benefit Facilitators Without Borders
Register/RSVP: events@mindcamp.org
After Tim's keynote, we will move into four concurrent workshops, each featuring an opportunity to explore an aspect of Productive Thinking (Mindmapping, Rapid Product Invention, Galeforce Thinking, and more).

At the Frontiers of Systemic Design

Join us in accelerating the convergence of design, social, and technology fields toward co-creating humanized systems. We invite participants, presenters and students from across practices, disciplines and design fields to register for the RSD4  Symposium, Banff, Canada, September 1-3, 2015.

The RSD series has advanced an agenda for a strong integration between systems thinking and design to take on the most important challenges facing our planet today. The theme of this year’s symposium is At the Frontiers of Systemic Design.

Hosted for the first time in North America, with sponsorship from the Government of Alberta, we are reaching out to new audiences while maintaining the ethos of a small and intimate lightweight symposium.

To celebrate the interplay between theory and practice, each day of the symposium iterates between peer-reviewed talks and collaborative workshops that build skills and take on real world challenges enabled by systemic design approaches.

We have confirmed 5 extraordinary keynote speakers over the three day event:

Registration for the 3 day event costs CAD $240, which includes breakfast, lunch and snacks. There is an optional symposium dinner for an additional CAD $60. The Banff Centre provides for a limited number of reserved accommodations onsite. Other hotel options and travel details are provided on our Venue – Traveler Tips page. We encourage early registration as both onsite accommodation and symposium tickets will sell out fast!

We look forward to being with you in September.

Alex, Birger, Peter, Jodi, and our growing team of support 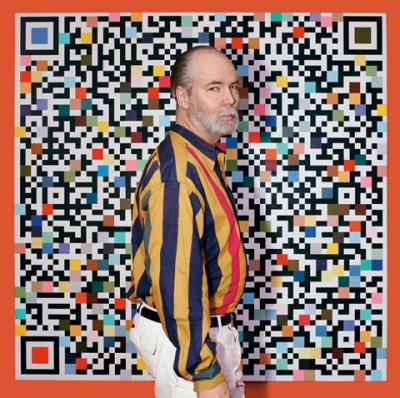 Celebrated Canadian novelist, visual artist and designer Douglas Coupland is delivering the keynote address, “Anything is Everything” at the annual conference presented by the graduate program in Contemporary Art, Design and New Media Histories (CADN) at OCAD U on March 6.

Coupland is the author of 13 published novels, a short story collection, seven non-fiction books and various screenplays for film and TV. His first novel was Generation X: Tales for an Accelerated Culture, published in 1991. His most recent novel, Worst. Person. Ever. was published in Canada and the UK in October, 2013 and launches in the U.S. in April.

The themes he explores in his visual work are similar to his ideas in print: the synthesis of high and low culture, religion and changes in human existence caused by modern technologies.

The first major survey of Coupland’s visual work, “Douglas Coupland: everywhere is anywhere is anything is everything” will be exhibited at the Vancouver Art Gallery from May 31 to September 1 of this year. The exhibition examines Coupland’s engagement with place, cultural identity and his recognition of a growing ubiquity as access to information, images and technology become more readily available.

The theme for this year’s CADN conference is “Recombinant Creativity: Temporal Intersections, (de) Historicizing Strategies and Contemporary Cultural Products.” The conference will ask about the role of appropriation and interdisciplinarity in critical engagement. Other speakers include theatre artist and communications scholar Lowell Gasoi and senior curator at the Smithsonian American Art Museum, Nicholas R. Bell.

Find out more about the conference

Douglas Coupland: Museum of the Rapture from inkblot media on Vimeo. 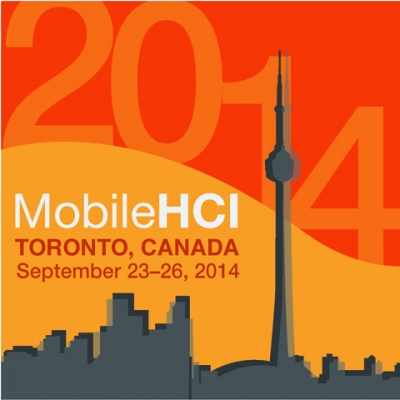 Mobile HCI logo
This fall OCAD U is hosting Mobile HCI, an international conference on designing the future of mobile. It’s the first time the conference will be held in Canada (and only the second time in North America), and its distinguished team of organizers includes Dr. Sara Diamond, OCAD U’s president. Registration for the event, which will take place at Toronto’s Hyatt Regency Hotel, September 23 to 26, is now open.

Mobile HCI, which stands for human-computer interaction with mobile devices and services, is a high profile forum for innovations in mobile, portable and personal devices, and the services to which they enable access. Now in its 16th year, the conference will bring together academics, hardware and software developers, designers and practitioners from around the world.

The conference includes a wide array of keynote talks, workshops, tutorials and a doctoral consortium. There will also be a papers program, demonstrations, a design competition and industrial case studies presentations.

Workshop on Designing the Future of Mobile Healthcare Support

Dr. Christiane Paul is the Director of the Media Studies Graduate Programs and Associate Professor of Media Studies at The New School, NY, and Adjunct Curator of New Media Arts at the Whitney Museum of American Art. She has written extensively on new media arts and lectured internationally on art and technology. An expanded new edition of her book Digital Art (Thames & Hudson, UK, 2003) was published in spring 2008, and her edited anthology New Media in the White Cube and Beyond - Curatorial Models for Digital Art was published by UC Press in December 2008.

At the Whitney Museum, she curated the shows Profiling (2007) and Data Dynamics (2001); the net art selection for the 2002 Whitney Biennial; the online exhibition CODeDOC (2002) for artport, the Whitney Museum’s online portal to Internet art for which she is responsible; as well as Follow Through by Scott Paterson and Jennifer Crowe (2005).

In her talk “Media Art Politics,” Dr. Paul will explore the contemporary media landscape with examples from recent exhibitions, among them Feedforward - The Angel of History, co-curated with Steve Dietz. Her talk will address artworks that deal with political and social conditions and therefore comment on their own status: the medium they use and its relationship to power structures. Themes include the aesthetics and strategies of the media of our time; the effects of simulated realities; relationships between media and consumerism, and the rise of social and participatory media.

All are welcome to attend, and admission is free.

The President’s Speaker Series continues on November 24 with Jorge Frascara, Professor Emeritus (University of Alberta), Fellow of the Society of Graphic Designers of Canada and of the Society for the Science of Design of Japan, and Advisor to the Doctoral Program at the University IUAV of Venice.

Dr. Paul has previously taught in the MFA computer arts department at the School of Visual Arts in New York (1999-2008); the Digital+Media Department of the Rhode Island School of Design (2005-08); the San Francisco Art Institute and the Center of New Media at the University of California at Berkeley (2008).