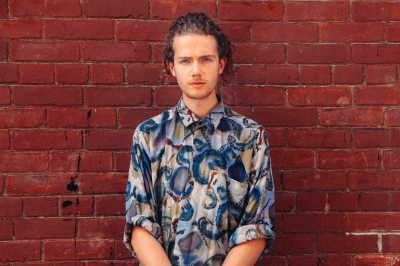 Congratulations to Photography student Benjamin Hunter for being chosen as one of two runners-up in the 2015 Canadian Art Foundation Writing Prize. Rarely won by undergraduates, this prestigious award comes with a $1,000 prize and recognition in Canadian Art. The text Hunter submitted to the competition was originally written as an essay for the course Photographic Practices: Theory and Criticism.

Lesley Johnstone, a curator at the Musée d’art contemporain de Montréal and a juror for the competition, says that Hunter “has developed a distinct voice and his approach to art writing manifests a desire to tackle important ethical and moral issues while not losing site of the aesthetic and experiential qualities of art production.”

Hunter was raised in Scotland and has spent time working in Uganda as an educator and filmmaker. Prior to enrolling at OCAD University, Hunter completed a BA in photography at Edinburgh Napier University. His current scholarly interest is in lens-based art and its capacity to generate social change.