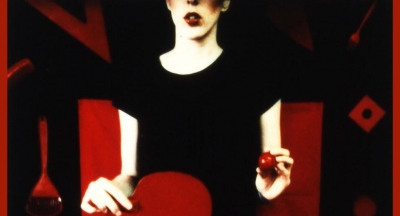 Eleven nominees were recently announced for the 2017 Scotiabank Photography Award. The award winner will receive a $50,000 prize, a major solo exhibition at the Ryerson Image Centre in Toronto and have a book of their work published and distributed by Steidl of Germany.

This year’s nominees are:

Artists from across Canada were nominated for the SPA by a range of art professionals: Daina Augaitis, chief curator and associate director of the Vancouver Art Gallery; Mireille Eagan, curator of contemporary art at the Rooms in St. John’s; Heather Igloliorte, associate professor and Concordia University Research Chair in Indigenous Art History and Community Engagement; Ken Lum, professor and chair of the department of fine art at the University of Pennsylvania; Patrick Mahon, artist and professor of visual art at Western University; Wanda Nanibush, assistant curator of Canadian and Indigenous art at the Art Gallery of Ontario; Jenifer Papararo, executive director of the Plug In ICA in Winnipeg; Brenda Francis Pelkey, professor in the School of Creative Arts at the University of Windsor; Jonathan Shaughnessy, associate curator of contemporary art at the National Gallery of Canada in Ottawa; Liz Wylie, curator of the Kelowna Art Gallery; and John Zeppetelli, director and chief curator of the Musée d’art contemporain de Montréal.

Barbara Astman is a Professor in the Photography Department at OCAD University, her areas of expertise include  Contemporary Photography, Digital Imaging, Installation-Based Art.