David McIntosh is Professor in the Digital Futures Program in the Faculty of Liberal Arts & Sciences/School of Interdisciplinary Studies at OCADU. He is also a digital media artist, film producer, script writer, and curator in film, video and digital media. McIntosh communicates his expertise in local media constructions and innovations to an international audience, regularly lecturing at leading universities in Argentina, Bolivia, Peru, and Mexico. He has lived and worked extensively in Canada, Cuba, Mexico, Argentina, and Peru. 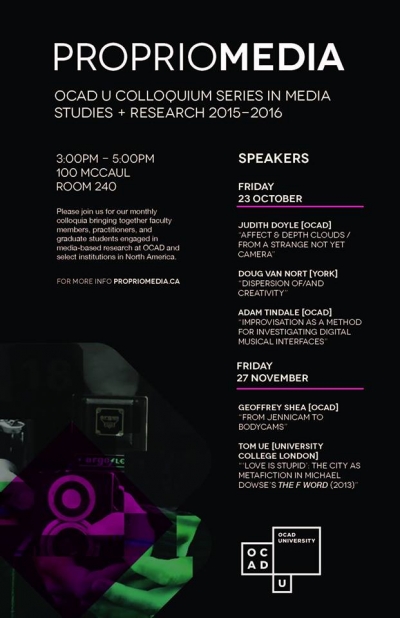 Geoffrey Shea [OCAD] - "From JenniCam to Bodycams"
Tom Ue [University College London] - "'I would go to Toronto': The Roads to the City"

In the second colloquium of the 2015-2016 season of ProprioMedia, Geoffrey Shea will talk about contemporary functions and forms of video usage, from live video art performance, YouTube channels, telepresence and bodycams to microcinema; and Tom Ue will highlight the ways in which Toronto has played a prominent role and been featured in 21st century cinema and television.
ProprioMedia Colloquium Series, co-chaired by Selmin Kara and David McIntosh, provide a venue for OCAD faculty, select grad students, and guest speakers to showcase their current theoretical and practice-based research. The colloquia take place monthly and feature 2-3 speakers, delivering 25-30 minute presentations, followed by a Q&A. The talks are free and open to the public.

In the first colloquium of the 2015-2016 season of ProprioMedia, Judith Doyle will talk about observing everyday gesture and its syntax with sketching, audio, text and cameras; Doug van Nort will present the conceptual underpinnings of the DIStributed PERformance and Sensorial immersION Lab, which is new to York University and dedicated to research-creation projects that examine questions surrounding instrumental and gestural expression, embodied perception, time consciousness and performative agency; and Adam Tindale will delve into improvisation as a method for investigating digital musical interfaces.

ProprioMedia Colloquium Series, co-chaired by Selmin Kara and David McIntosh, provide a venue for OCAD University faculty, select grad students, and guest speakers to showcase their current theoretical and practice-based research. The colloquia take place monthly and feature 2-3 speakers, delivering 25-30 minute presentations, followed by a Q&A. The talks are free and open to the public. 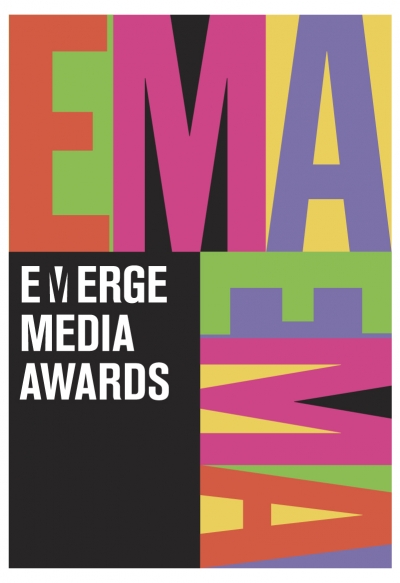 The Emerge Media Awards celebrates and showcases the achievements of journalism, media studies and communications students across Canada. Our first awards gala is Monday, April 20, 2015 at the Humber Room, Humber College, Toronto.
In addition to a keynote speech by Sean Beckingham, Founder of Branding and Buzzing, guests will have a chance to mingle with leading media-industry professionals and, of course, cheer as six participants claim their prizes.
Learn more about Sean Beckingham and his social marketing agency visit at http://brandingandbuzzing.com/

Karin Von Ompteda will share her recent work conducted at the Royal College of Art (UK) entitled Data Provocation, focused on communicating the inherent subjectivity and uncertainty of data.

This event is hosted by the OCAD University Student Press

Come join us and please feel free to share the event with colleagues, students and friends.

Karin Von Ompteda will share her recent work conducted at the Royal College of Art (UK) entitled Data Provocation, focused on communicating the inherent subjectivity and uncertainty of data.

Come join us and please feel free to share the event with colleagues, students and friends. The ProprioMedia talks are free and open to the public!

In the last colloquium of the 2014-2015 season of ProprioMedia, ELDRITCH PRIEST will talk about the habits of discontinuity through the lens of one of 2013's most innovative films (especially in terms of its sound design) Upstream Colour, and KARIN VON OMPTEDA will share her recent work conducted at the Royal College of Art (UK) entitled Data Provocation, focused on communicating the inherent subjectivity and uncertainty of data.

ProprioMedia Colloquium Series, co-chaired by Selmin Kara and David McIntosh, provide a venue for OCAD faculty, select grad students, and guest speakers to showcase their current theoretical and practice-based research. The colloquia take place monthly and feature 2-3 speakers, delivering 25-30 minute presentations, followed by a Q&A. The talks are free and open to the public. 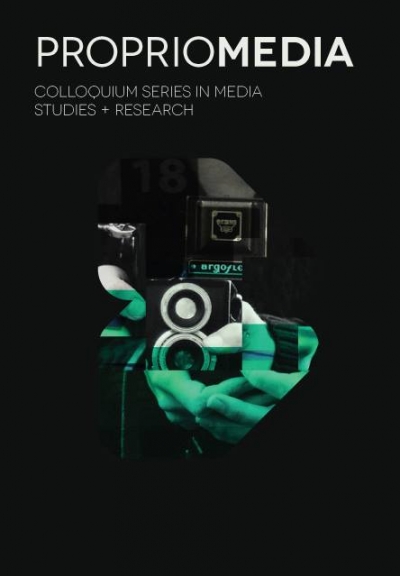 Abstract: Deleuze's taxonomy of cinema comprises two main types of audiovisual image: the movement-image and the time-image. Although Deleuze denies that these types are fundamentally historical ones, he does associate the movement-image with classical cinema, and the time-image with practices of cinematic modernism after World War II (Italian Neorealism of the late 1940s, the French New Wave of the 1950s and 1960s, the New Hollywood of the 1970s). But in the years since Deleuze published his two Cinema volumes (1983 and 1985), much has changed both in the world socio-economic situation, and in the realm of audiovisual media specifically. We now find ourselves fully in the regime of what Deleuze called the control society, and what many others have called neoliberalism. And digital technologies have revolutionized all the aspects of film production, distribution, and exhibition. Not just economically and politically, but also ontologically and aesthetically, we have arguably entered into a new, third regime of audiovisual images. In this talk, I will outline several recent attempts to define such a third regime: Patricia Pisters' neuro-image, Nick Davis' desiring-image, and Sergi Sánchez's no-time-image. I will then offer my own, somewhat different, attempt to define a third image. Deleuze's Cinema volumes offer us one of the most prodigious examples of the "creation of concepts" that Deleuze defines as the central task of philosophy; in order to take up and continue his cinema project, we need to create new concepts that are adequate to, and as radical as, the new forms of audiovisual production that are taking place today.

Bio: Steven Shaviro is the DeRoy Professor of English at Wayne State University. He is the author of Connected, Or, What It Means To Live in the Network Society (2003), Without Criteria: Kant, Whitehead, Deleuze, and Aesthetics (2009), Post-Cinematic Affect (2010), Melancholia, or the Romantic Anti-Sublime (2012), and The Universe of Things: On Speculative Realism (2014).

Note: We thank Andrea Fatona and the CADN program for their generous support in hosting Professor Shaviro during his visit in Toronto.

Abstract: Philippe Blanchard discusses his use of additive colour theory to produce animated installation works combining lighting design and screen-printed colour pigments. His talk will expand on his interests in animation history, namely its early connections to magical spectacle, optical illusion and theatre, and how it has guided his recent artistic research. His discussion will also cover process (including colour research, technologies used, inspirations) and case studies of recent works, including 'Structured Light' at Glendon Gallery, York University and 'New Troglodytes 2' at the National Museum of Printmaking in Mexico City. 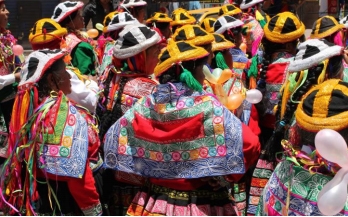 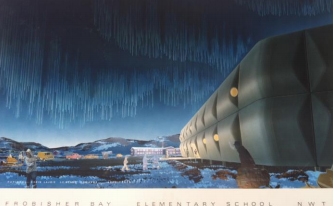 Join the Faculty of Liberal Arts and Sciences & School of Interdisciplinary Studies (LAS/SIS) to learn about two of our faculty members' research experiences during their sabbaticals:

DAVID MCINTOSH
Quipucamayoc: A Cusco/Buenos Aires Performative Communications Network
Dr. David McIntosh is Associate Professor of Media Studies. His primary research fields are globalization and the political-economies of audiovisual spaces; network theories and practices; new media narrativity; mobile locative media; game theory; digital documents; Latin American media studies; and queer media. In 2008, McIntosh was the recipient of the first OCAD University Award for a Career of Distinguished Research and Creation. In 2012 he was
awarded a SSHRC Insight Research and Creation grant to undertake Quipucamayoc. This Sabbatical Talk will address a range of research and creation activities in relation to Quipucamayoc, as of year 2 in its 4 year process, including: adaptation of historical sources for contemporary digital interactive constructions; trans-local collaboration; charette as creative process; interaction and narrative building across art disciplines of analogue and digital movement, sound and wearable creation; interactive digital network construction and contextual application of platforms including Kinect Point Cloud, Skeletal Kinect and a variety of body sensors.

MARIE-JOSÉE THERRIEN
Towards an Inuit School
Dr. Marie-Josée Therrien is Associate Professor of Design and Architectural History. In addition to her academic career, Therrien has worked for museums, television and new media as well as for government research agencies. A heritage activist, she has successfully led two campaigns to protect the integrity of the Toronto Dominion Centre in Toronto. Her research explores design and the built environment in the context of the North American car culture, and she has also published on Canadian embassies and shopping malls. This Sabbatical Talk will address her recent work on the architecture of the post-residential schools in the Arctic. Starting in the late fifties, the oldest schools of the Eastern Arctic established by the different religious were replaced by modern facilities planned by the federal and subsequently by the territorial government. Since then, schools have been built at a fast pace, responding to the process of sedentarization, and reflecting the government’s intentions to standardize the education system. This presentation examines the design of a few schools that testify as much to the evolution of pedagogical orientations as to the sociopolitical and environmental changes since the late fifties.

A venue for OCAD U faculty, grad students, and guest speakers to showcase their theoretical and practice-based research

In the colloquium, Robert Diaz will talk about transnational mediascapes that circulate narratives about Filipino/a gender and sexuality—from television soap operas, to news sites, to Youtube, and to social networking sites - and call for shifting the attention to new forms of participatory cultures enriches both the subjects and methodologies of queer Filipino critique.

Following Diaz, Aubrey Anable will investigate the technologies and performances of gestural gaming interfaces, and how they complicate the de-centring of subjectivity in the theoretical frameworks of game studies, new materialism, and affect theory. The presentation will pose the question: How do gestural gaming interfaces move us—move us in the literal sense by compelling us to move our bodies in certain ways, but also move us in the figural sense of affecting our emotional engagement with a game?