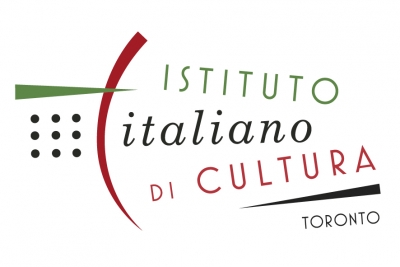 Andrea Cancellato, Director-General of Triennale di Milano will be in Toronto to announce the opening of Triennale’s “XXI International Exhibition 21st Century. Design After Design”, on display from April 2nd 2016 through September 12th, 2016.

The Triennale di Milano is an international cultural institution for architecture, art, design, fashion and audio-visual productions, which organizes exhibitions and conferences and, once every three years, according to its Statute, its great International Exhibition.

In fact, since 1933, La Triennale di Milano is the only institution taking part - not as a Country - to the BIE, Bureau International des Expositions, an intergovernmental organization in charge of overseeing the calendar, the bidding, the selection, and the organization of World and International Expos all over the world.

20 years since the last Triennale, for five months, the Triennale di Milano will become the epicenter of the multidisciplinary events of the XXI International Exhibition in 2016, that will involve spaces both public and private from Milan to Monza.

The subject of the Exhibition focuses on a very topical issue: “21st Century. Design after design”. Pioneer in the promotion of the arts and of projectual research, La Triennale has chosen a theme that involves the meaning and the role of design itself in a world that keeps on changing at an increasingly rapid pace. So, the purposes of the XXI International Exhibition are to investigate the spread of planning and design skills worldwide (from Europe to America, Asia and Africa) and the development of a global market, but also the multidisciplinarity of design, the evanescence of the boundaries between design, architecture, communication, visual arts and the new links and connections between different fields and domains. 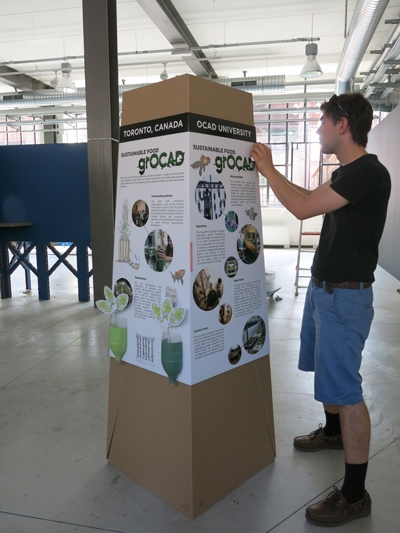 OCAD University is the only Canadian post-secondary institution exhibiting at this month’s international Design to Feed the World show at Cumulus Milan 2015. The university is represented by five design-focused projects:

OCAD U’s exhibition materials – pop-up pylons made of recyclable cardboard – were installed on site by Industrial Design student Tom Doughty. A member of grOCAD and a research assistant with the Digital Media, Research + Innovation Institute, Doughty was impressed by the range of the other exhibits inside Milan’s Fabbrica del Vapore. “It was great to see such high-calibre international work – from New York to Pretoria, and from across Europe. I was especially impressed by the theoretical sophistication of the European contributions, as well as the integration of urban and rural in many historic European cities, which bridges the divide between farm and city that’s often present in Canada.”

Design to Feed the World brings together projects by students and research teams from academic institutions that belong to Cumulus (the International Association of Universities and Colleges of Art, Design and Media). The exhibition was inspired by Expo Milano 2015’s theme “Feeding the Planet – Energy for Life,” and sought to highlight the place of design in the broad world of nutrition. Because Canada did not have a presence at Expo Milano, OCAD U’s participation in Cumulus was a rare opportunity to feature Canadian innovations.