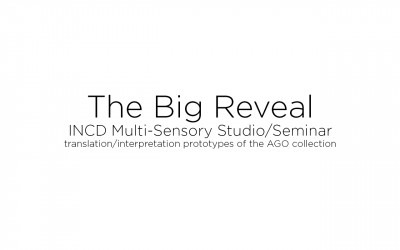 Please feel free to drop by the AGO for our  "Big Reveal": These are the student projects this semester from our new Fall 2017 Inclusive Design course: INCD Multi-sensory Studio/Seminar (taught this semester by Dr. Peter Coppin in collaboration with co-instructor Bev Dywan from Industrial Design with major contributions from our colleagues at the AGO). For this event, student work will be co-located in the museum with the art pieces that they correspond to. Please see the attached map from our AGO colleagues.

This semester we focused on developing prototype multisensory translations/interpretations of art pieces and related cultural objects at the AGO. Students formed into groups and used co-creation technique to develop prototypes that engaged aural, tactile, and olfactory perception, using a range of high and low tech approaches.  A number of these will become part of the AGO’s tactile tour. We were able to involve a range of stakeholders in the co-creation process, from the museum, the CNIB, and beyond. Students participated in this course from both local and remote locations, thus involving a diversity of student perspectives that would not have been possible otherwise.

Note that this is scheduled strategically on the evening that is open free of charge to the general public and so there will be a lot going on simultaneously. Hopefully, the attached map can help you find us. If you can't make it, I can update you on our result later! 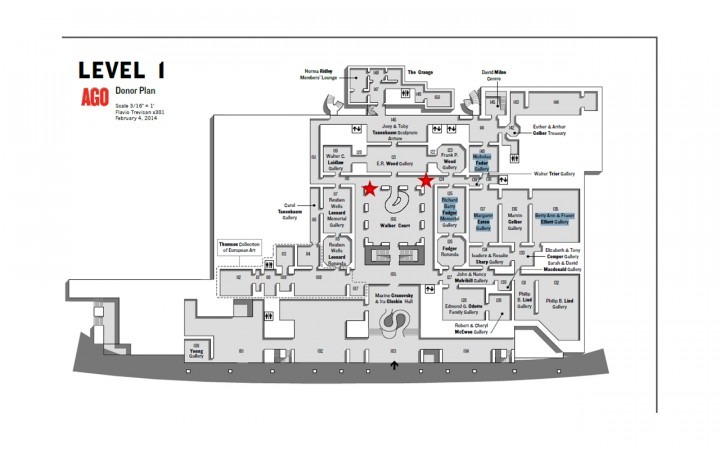 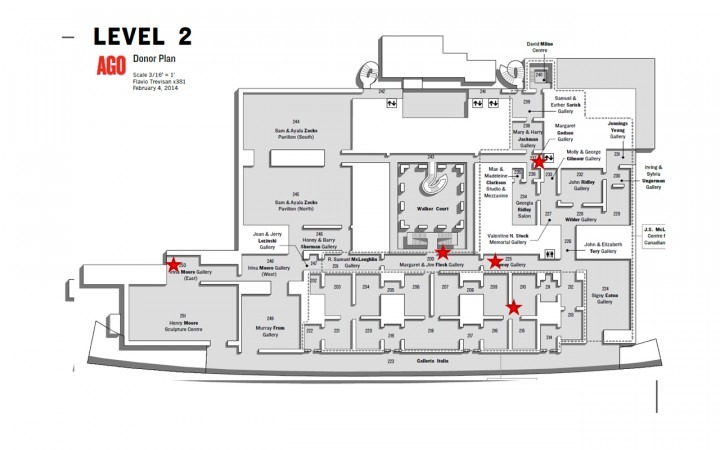 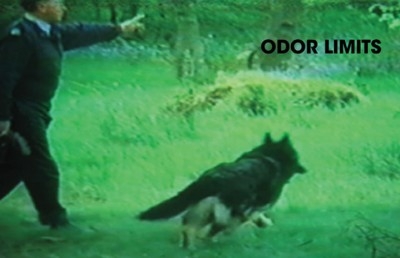 Odor Limits is an exhibition that explores the potential of smell in aesthetic experience. While the sense of smell often serves as the negative example that justifies the conventional dominance of the visual, an increasing number of artists have been drawn to the distinctive qualities of scent – its evocativeness, variability and directness. The works in Odor Limits employ scent to innovatively rethink the traditional artistic genres of portraiture, landscape, reverie and abstraction. The visceral nature of scent also provides a sensorially immediate way to address pressing issues that are faced by today’s society. Because of the sense of smell’s inherent subjectivity and intimacy, these olfactory artworks generate thought-provoking insights into cultural difference, spirituality, and the philosophy of the body. The four artists included in this exhibition have each demonstrated a long-term commitment to investigating the nature of scent and have pioneered its use in installation, performance, video and relational artworks.

Oswaldo Maciá’s first work imagines the scents that would have been encountered by the character Phileas Fogg during his circumnavigation of the globe in Jules Verne’s classic novel Around the World in Eighty Days. His second installation engages viewers to lift the tops of a series of garbage cans to inhale and guess the distinctive odors of the residents in an apartment complex in northwest London. Jenny Marketou offers a site-specific, interactive wall installation which invites visitors to walk around the neighborhood to record their olfactory experiences on a giant smell map. Back in the gallery, viewers can watch her video of speakers confiding their most intimate and vivid thoughts about smell’s relationship to memory, identity, death and eroticism. Chrysanne Stathacos’ Wish Machine offers gallerygoers an artist’s multiple that stimulates the sense of smell, inspires reflection on basic human desires such as love and health, and seemingly offers the possibility of transformation. Clara Ursitti’s video documentation portrays an inter-species performance in which the artist has herself tracked down by a specially-trained police bloodhound. Another video is based on her idea of olfactory portraits. Here Dr. George Dodd, a renowned scientist, sniffs her body and details the unexpected connections between human odors and those found in animals, plants, perfumes and gourmet foods.

About the artists:
Oswaldo Maciá (London) utilizes smells, sounds and synaesthetic experiences in his installations, which have been shown at institutions worldwide, including the Whitechapel Gallery, the Museum of Modern Art in Dublin, and biennials in Havana, Liverpool, Moscow, Shanghai, Tirana and Venice.

Jenny Marketou (Athens/New York) has worked in photography, video, public interventions, and networking technologies. Her works feature social processes that invite participation and have been exhibited at the Anita Beckers Gallery (Frankfurt), the Centre Pompidou, ZKM, the New Museum, Manifesta and the São Paulo Biennial.

Clara Ursitti (Glasgow) has created pungent installations for over a decade. Exhibiting throughout Europe and in Australia, New Zealand, Canada and the U.S., her work has appeared at the ICA in London and biennials in Venice and Gothenburg. She recently received a Helen Chadwick Fellowship and an IASPIS residency.

About the curators:
DisplayCult is a collaborative framework for interdisciplinary studies in the visual arts founded by OCAD Professor Jim Drobnick and Jennifer Fisher. Its exhibitions include CounterPoses (1998), Vital Signs (2000), Museopathy (2001), reminiSCENT (2003), Linda Montano (2003), Aural Cultures (2005), Do Me! (2006) and Listening Awry (2007), among others. Jim Drobnick is a critic, curator and Associate Professor at the Ontario College of Art and Design. He has published over a dozen articles on the artistic use of smell, as well as on such topics as audio art, performance and post-media practices. His books include the anthologies Aural Cultures (2004) and The Smell Culture Reader (2006). Jennifer Fisher is a critic, curator and Assistant Professor at York University. Her research focuses on exhibition practices, performance, and the aesthetics of the non-visual senses, especially the sense of touch and intuition. She recently edited Technologies of Intuition (2006).