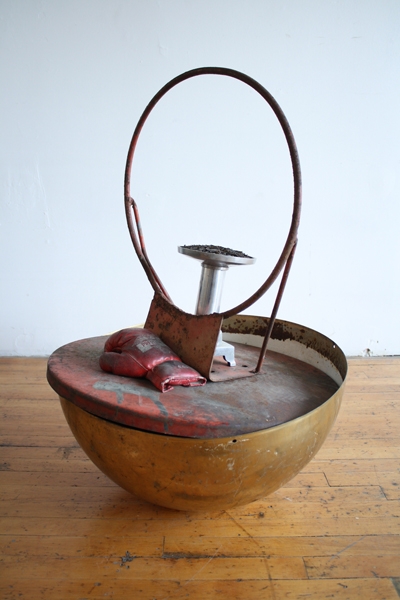 Hailed in the New York Times as a “mine of grass-roots creativity” and a “go-to destination for art world insiders and collectors looking to take the pulse of the next generation of artists,” the fifth NADA show in New York City brought together 103 exhibitors from around the globe. “NADA is great,” Dickie says, “because it’s young and it actually feels like people want to be there. I’ve developed relationships at NADA with some really great artists from New York and elsewhere over the past few years.”

Dickie, who was a 2011 OCAD University medal winner, has a deep interest in found materials and their inherent limitations. She explains that her work, including the pieces she included at NADA, “addresses the complexities of contemporary object-based practice.” At NADA, Dickie was part of the exhibit curated by Toronto’s Cooper Cole Gallery. Earlier this year, she was the Canada Council for the Arts artist-in-residence at Acme Studios in London, England.