side effects may include: PART OF THE SCIN 2019 THESIS EXHIBITIONS 'FOR EXTERNAL USE ONLY' 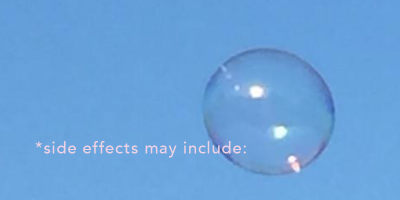 *side effects may include

In *side effects may include four artists negotiate selfhood through sound, performance, photography, textiles and video. 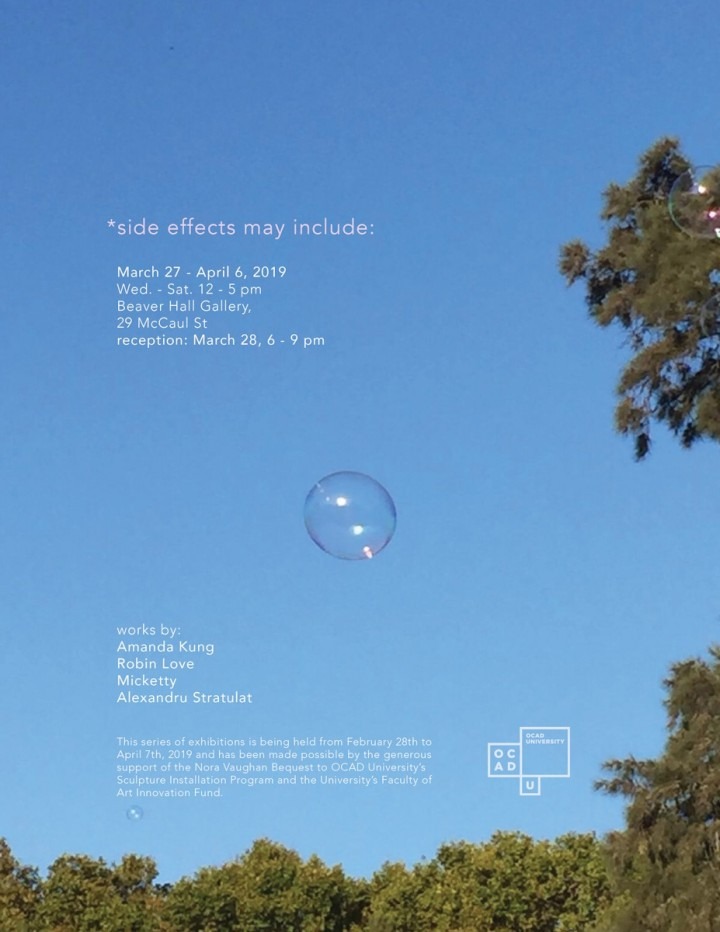 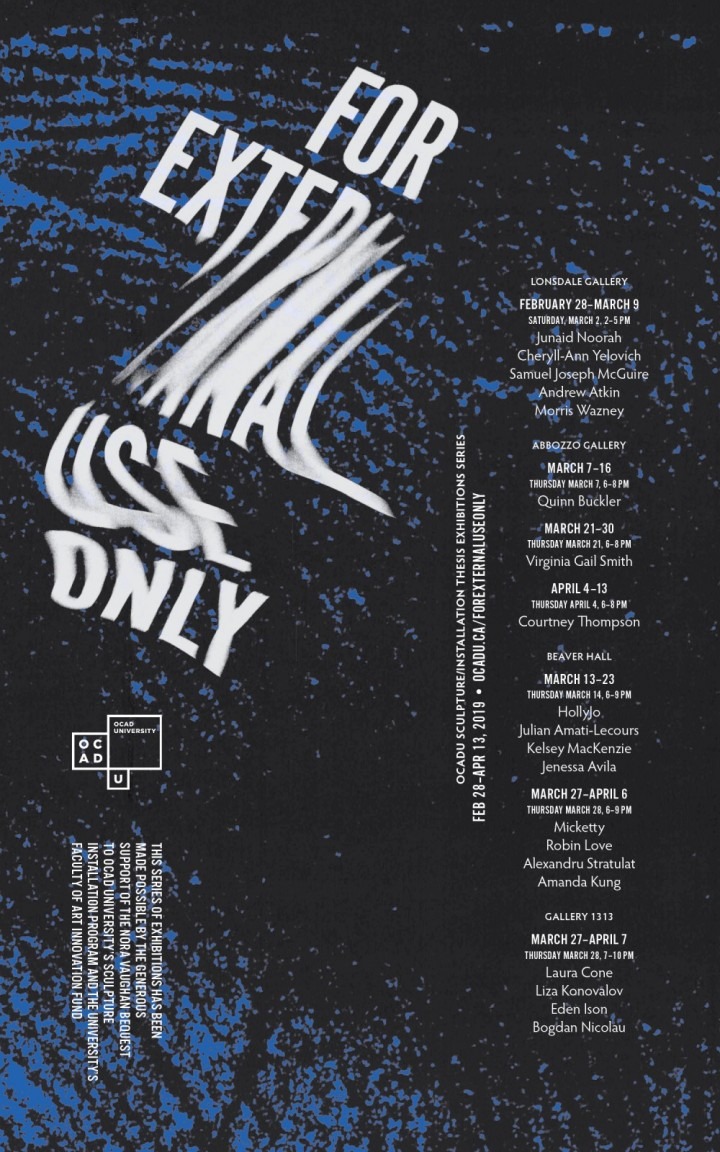 Keywords:
side effects may include four artists negotiate selfhood through sound
Performance
photography
textiles and video. SCIN thesis exhibitions
For External Use Only 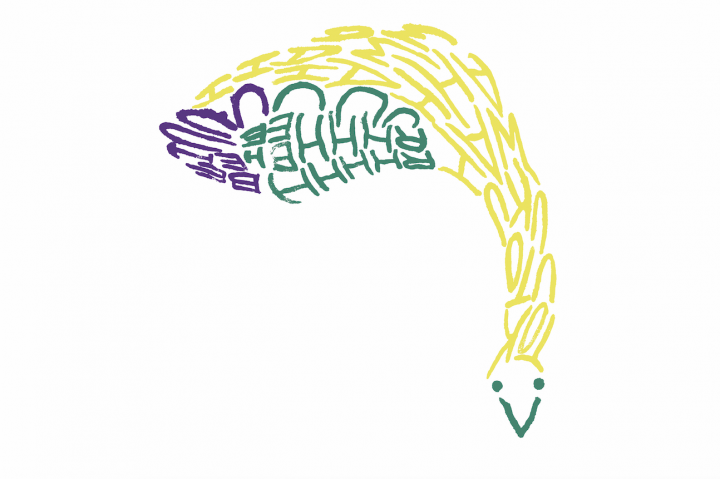 In this ongoing research, we aim to enhance training of surgical residents and support ongoing performance development of surgical teams through the development of practical training tools using a serious games approach. This work will complement the Surgical Performance team at St Michael’s hospital, Toronto and OR BlackBox. We will refine translations of theoretical models of resiliency to develop high fidelity serious games.  Enhancing and testing a three level serious game for developing resiliency behaviors among surgical teams.  We will continue to refine existing prototypes for offline physical games and integrate these with existing OR BlackBox and SST software tools for surgical performance. 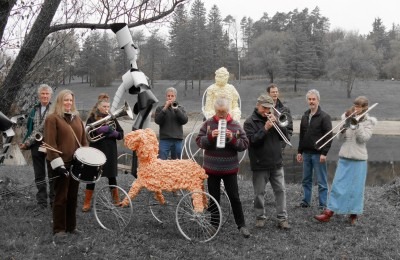 The Interference Ensemble Sauntering Band will be performing in the Holstein Christmas Parade and live-streaming to Facebook and the Durham Art Gallery in a cyber-folk mashup. If you're not in Holstein, come to the Gallery and hear singer Heather Saumer perform a libretto over the live event!

Each musician is pulling a float in the non-motorized parade, carrying a sculpted passenger. Original music composed by Doug Tielli.

The livestream will be at:

Generous support has been provided by the Ontario Arts Council, Akimbo Art Promotion and the Durham Art Gallery.

Quipucamayoc is an interactive art and technology project that merges a range of contemporary art forms – including 3D gaming, electroacoustical music, dance, experimental theatre, and wearable design – to construct a prototype communication network. This network is not based in text or language but is instead embodied, performative, and sensorial.

The network joins two Andean communities: one in Cusco, Peru, the former capital of the Incan empire, and another in Buenos Aires, Argentina, which has a large expatriate community of Peruvian Andean migrant workers. The network is activated through wearable technology inspired by quipucamayoc, the data keepers of the Incan court who recorded information about life in the empire using a complex string and knot notation system which they wore around their bodies. Body sensor arrays, which serve simultaneously as game controllers and musical instruments, are worn by movement artists to co-create live interactive generative narratives, imagery and music. The result is a public performance which reconnects two communities through interactive gameplay based in their common histories.

This project was inspired by the Huarochiri Manuscript, a 16th century written compilation of pre-colombian Andean religious rites, which offers a complex and fragmented narrative structure as well as rich visual and sound passages. Quipucamayoc was developed and presented by a collective of over 35 artists, historians, cultural theorists and technical experts in Peru, Argentina and Canada.

The audiovisual materials listed below are the result of a series of workshops held in Cusco and Buenos Aires between 2012 and 2016, and the final performance which was streamed live online in December 2016. The Quipucamayoc documentary can be viewed here.

Quipucamayoc also produced a series of 2D digital prints on canvas, adapted from 3D virtual environments. These prints were exhibited in a group show of the Faculty of Art Summer Institute from September 18 to 22nd, 2017 in the Ada Slaight Galleries at 100 McCaul. 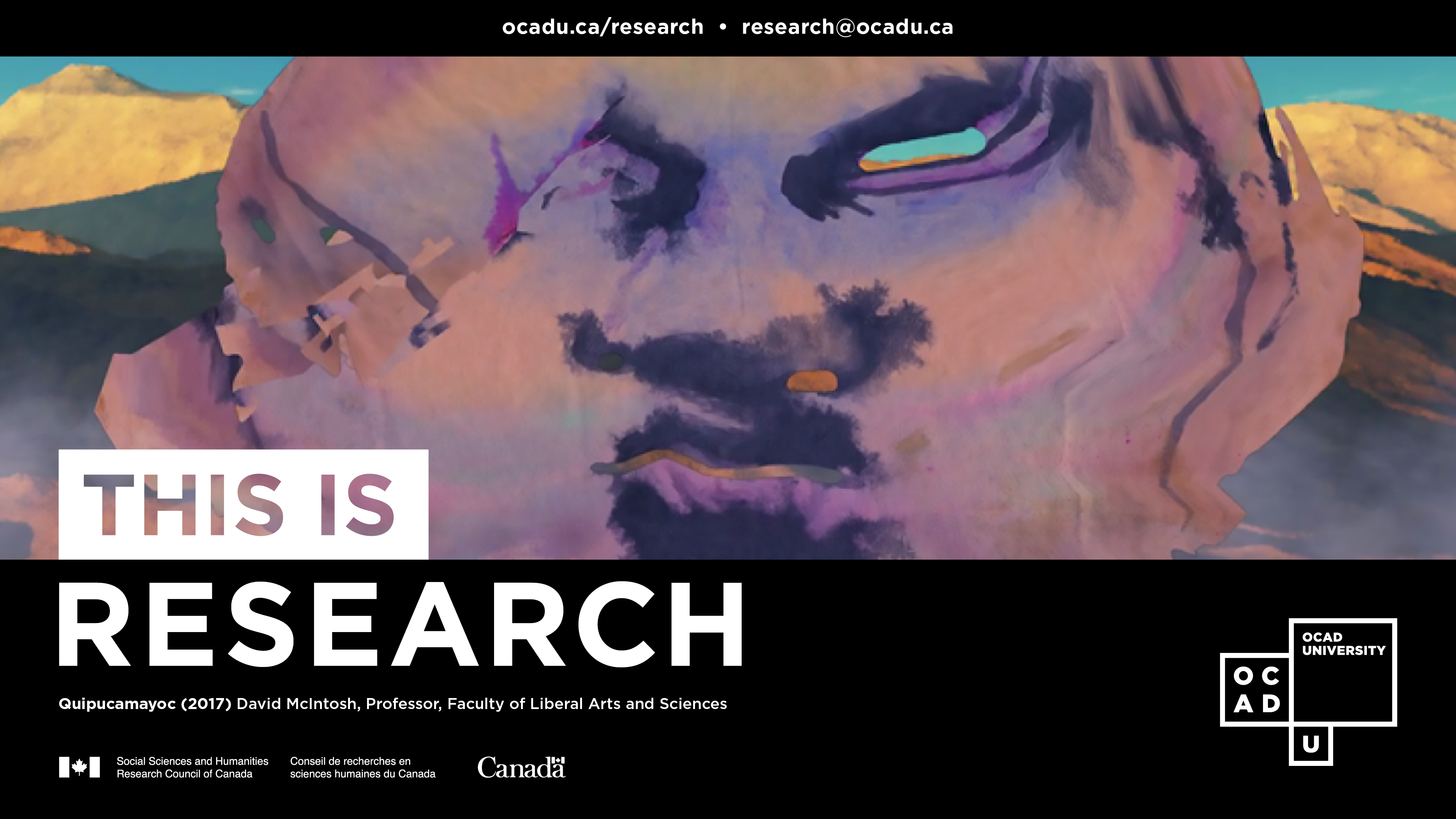 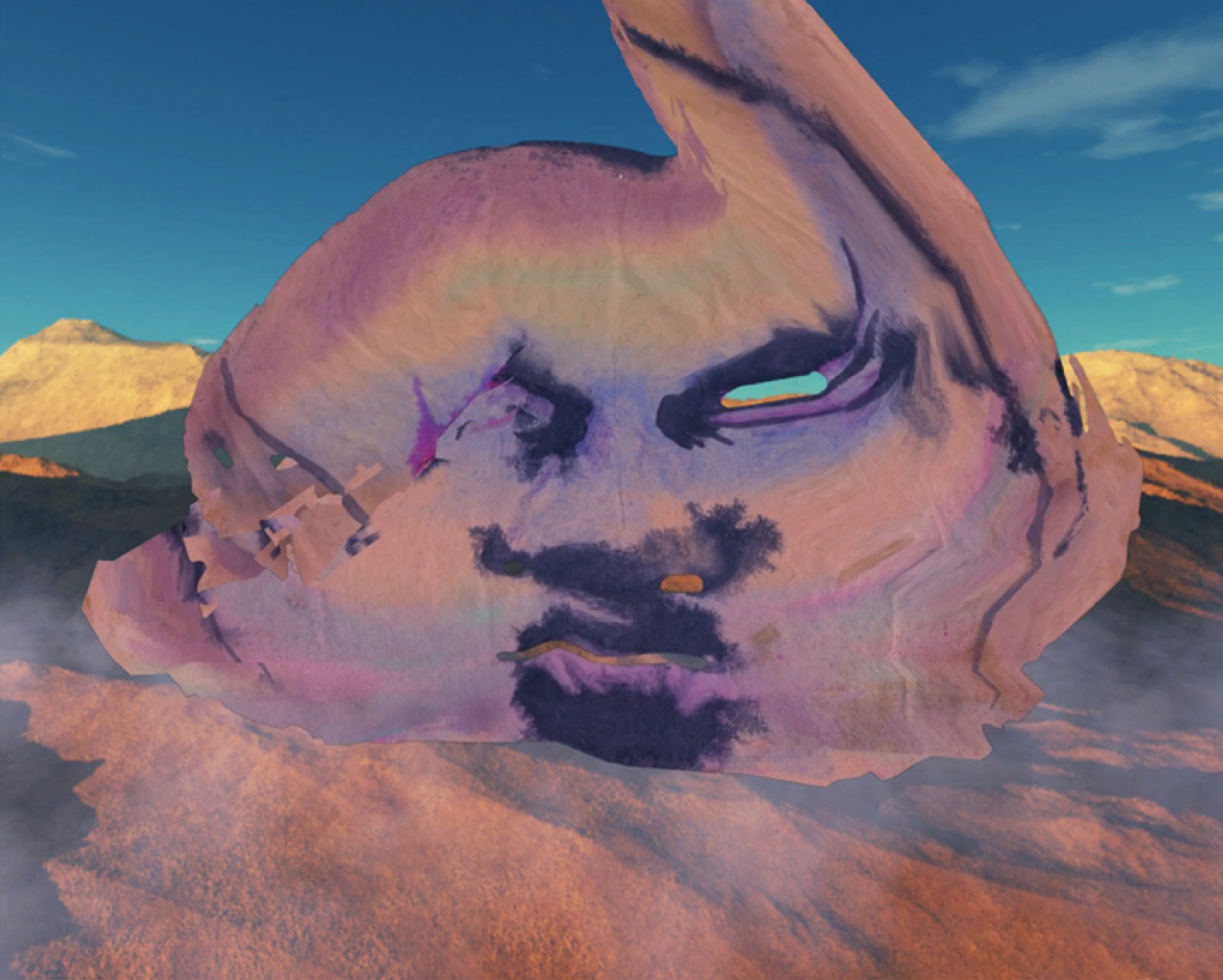 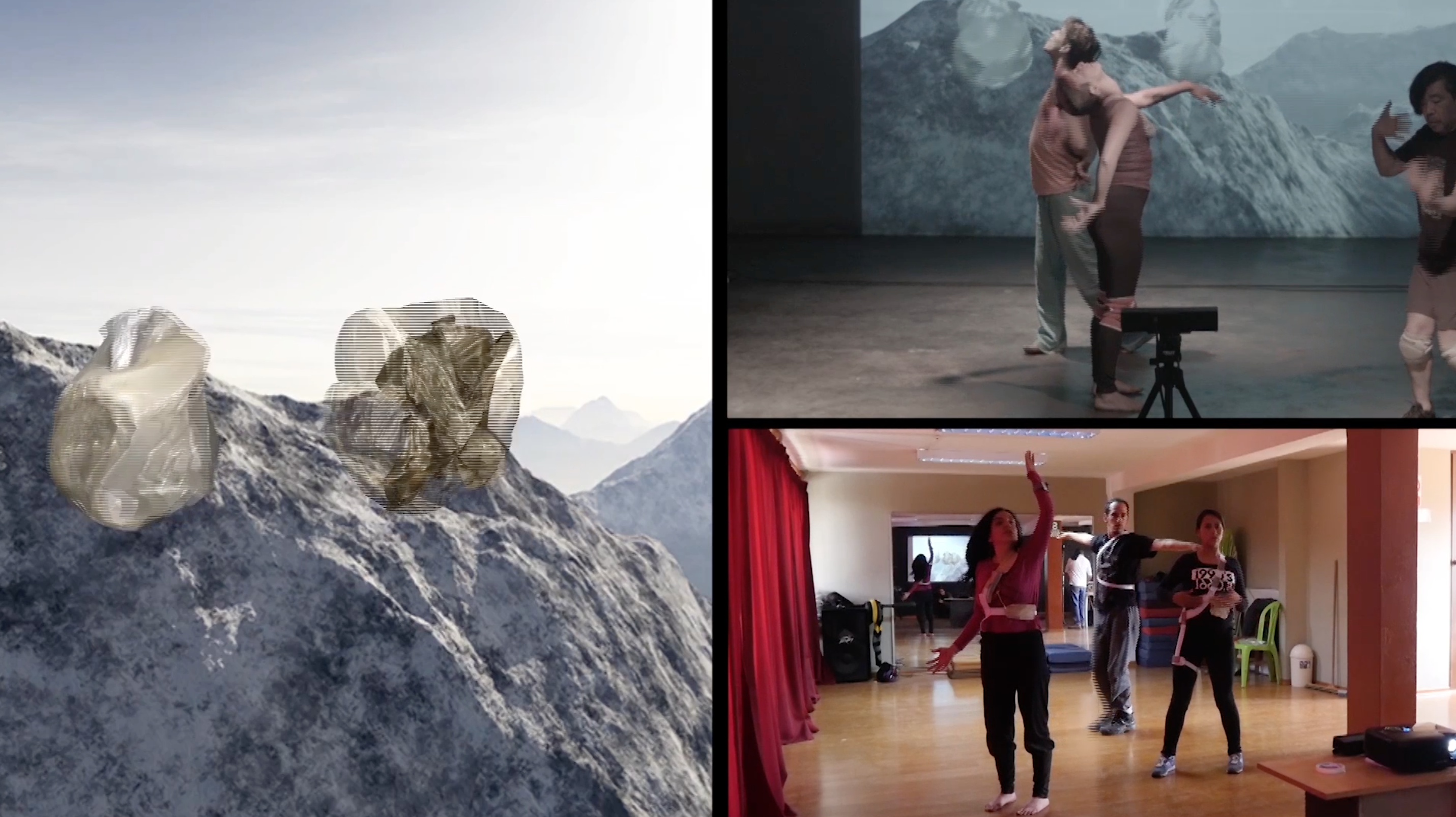 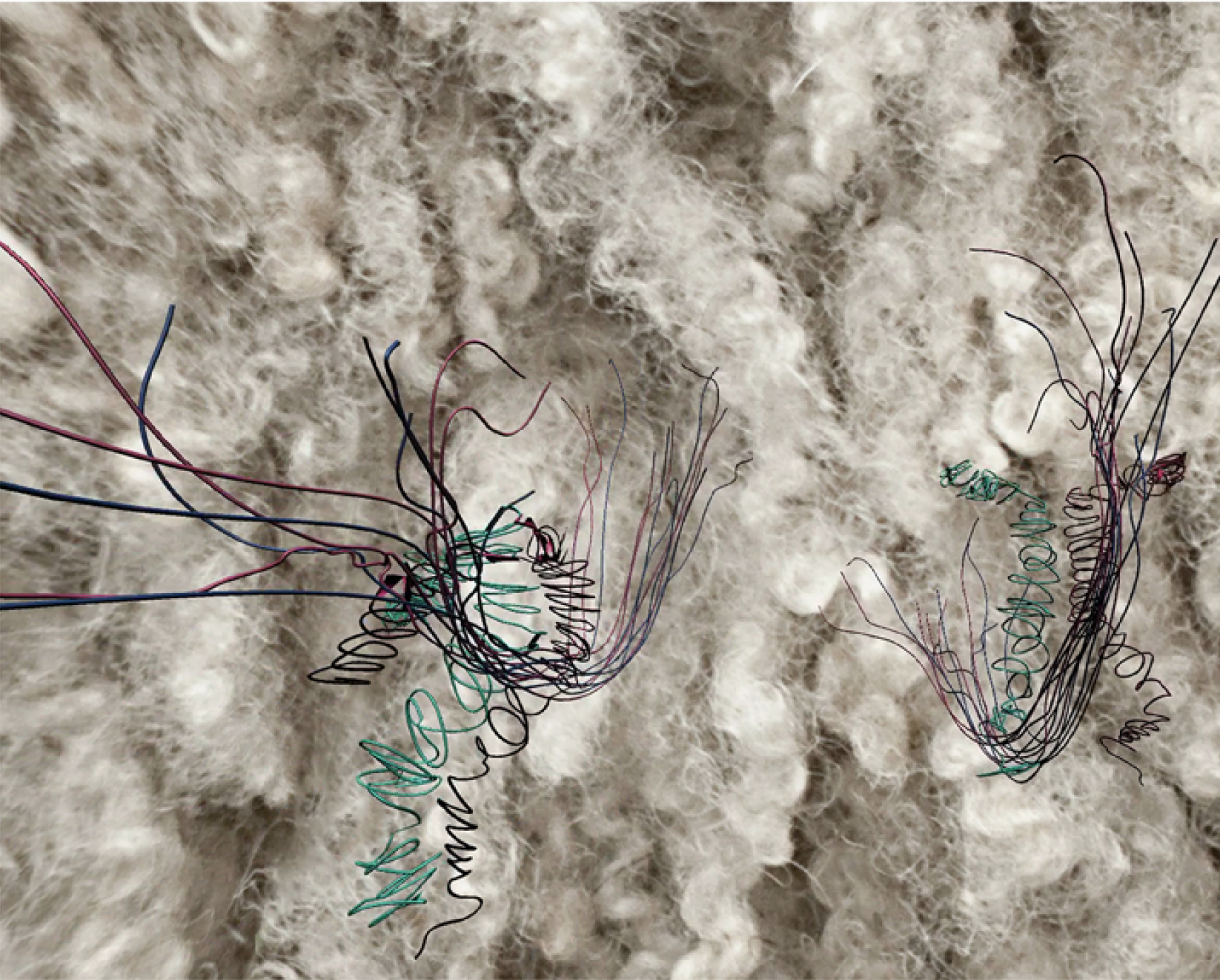 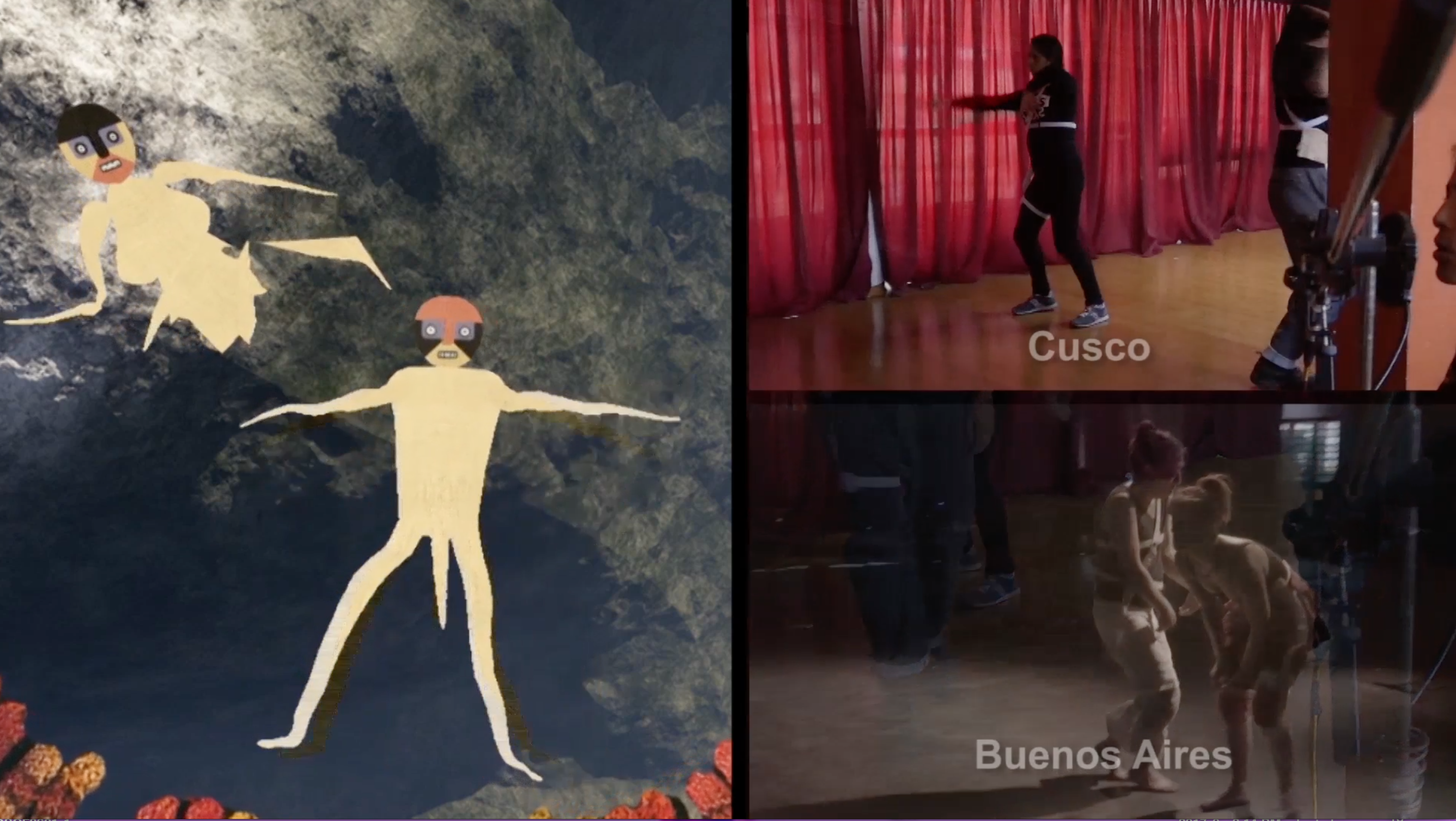 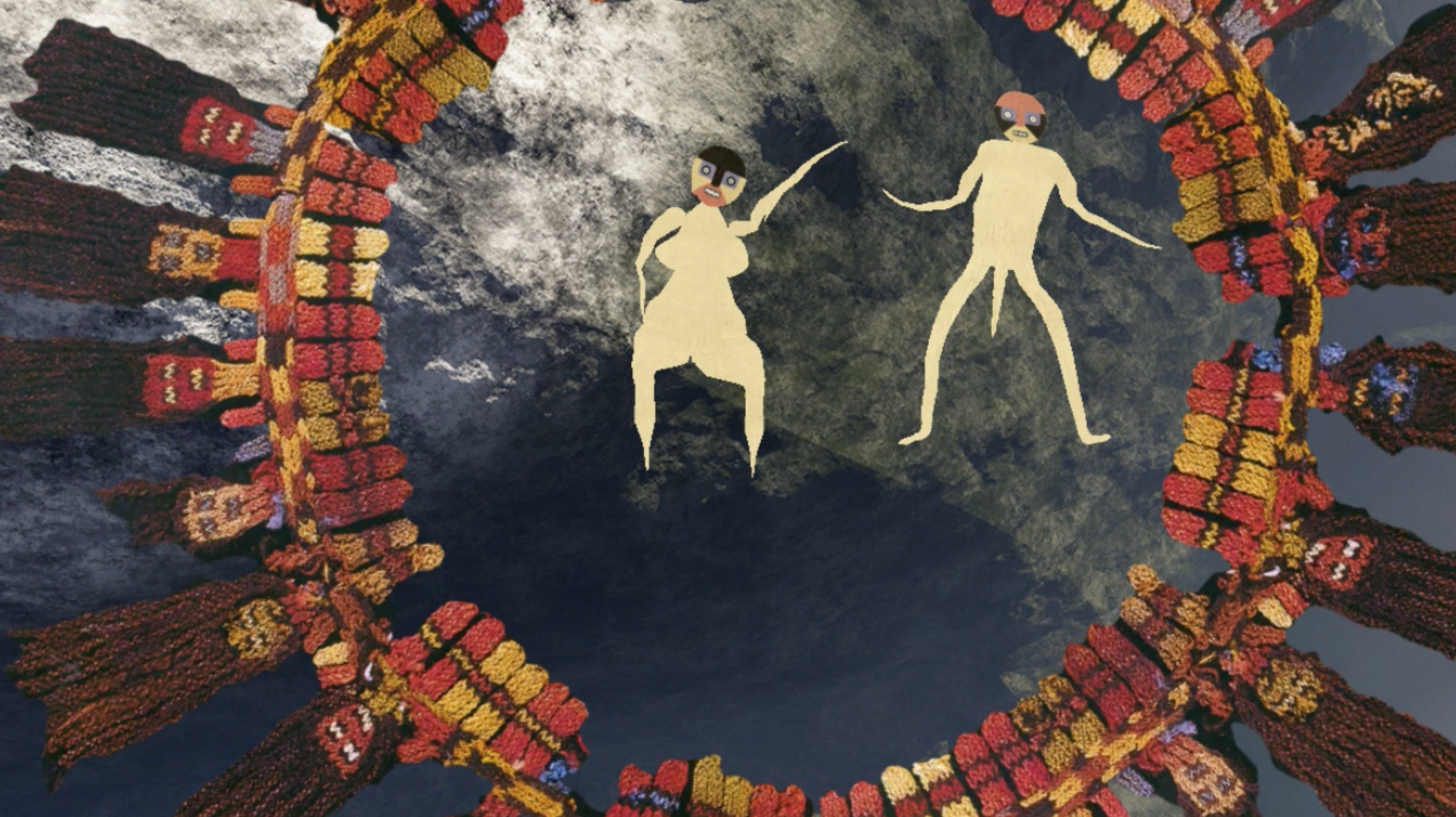 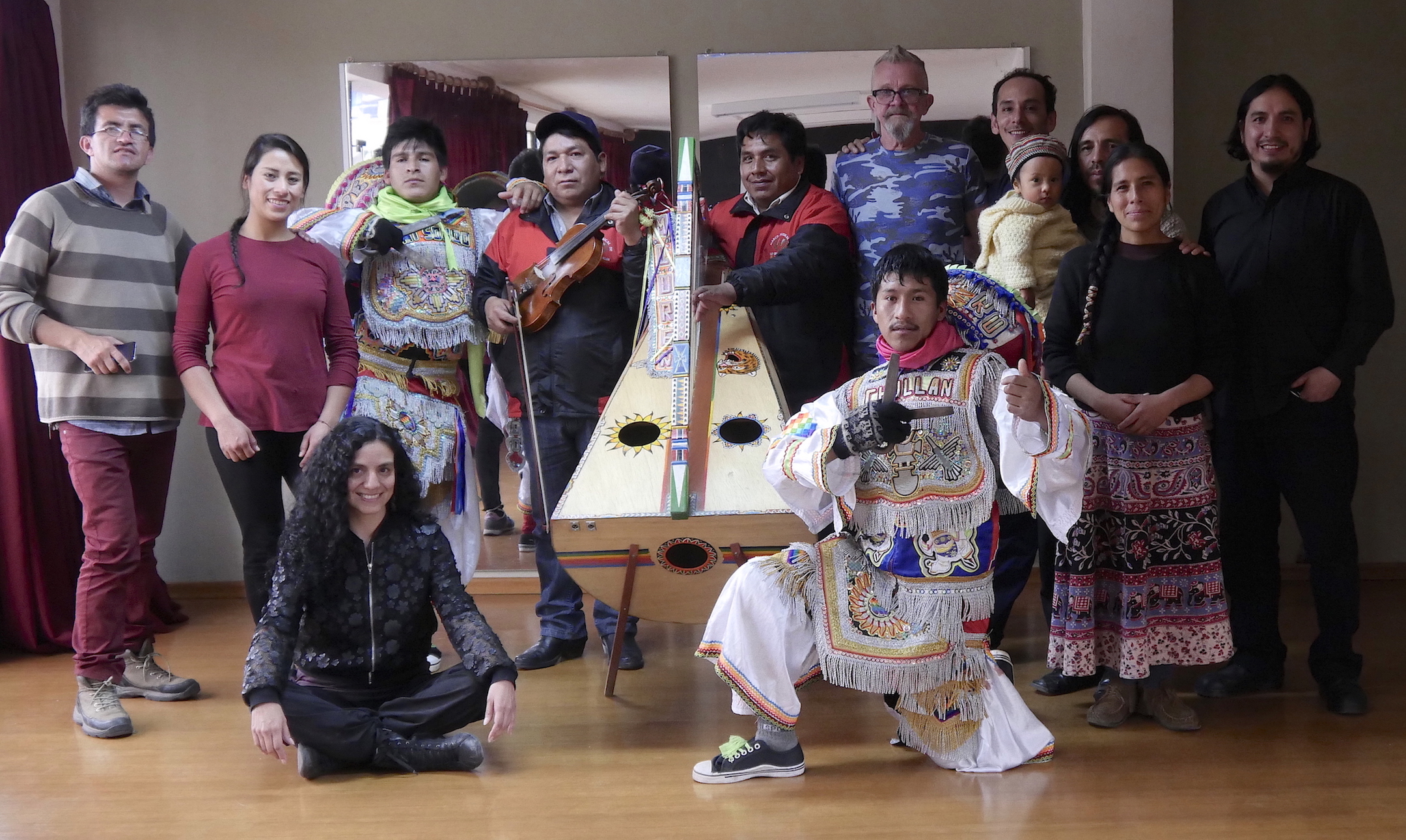 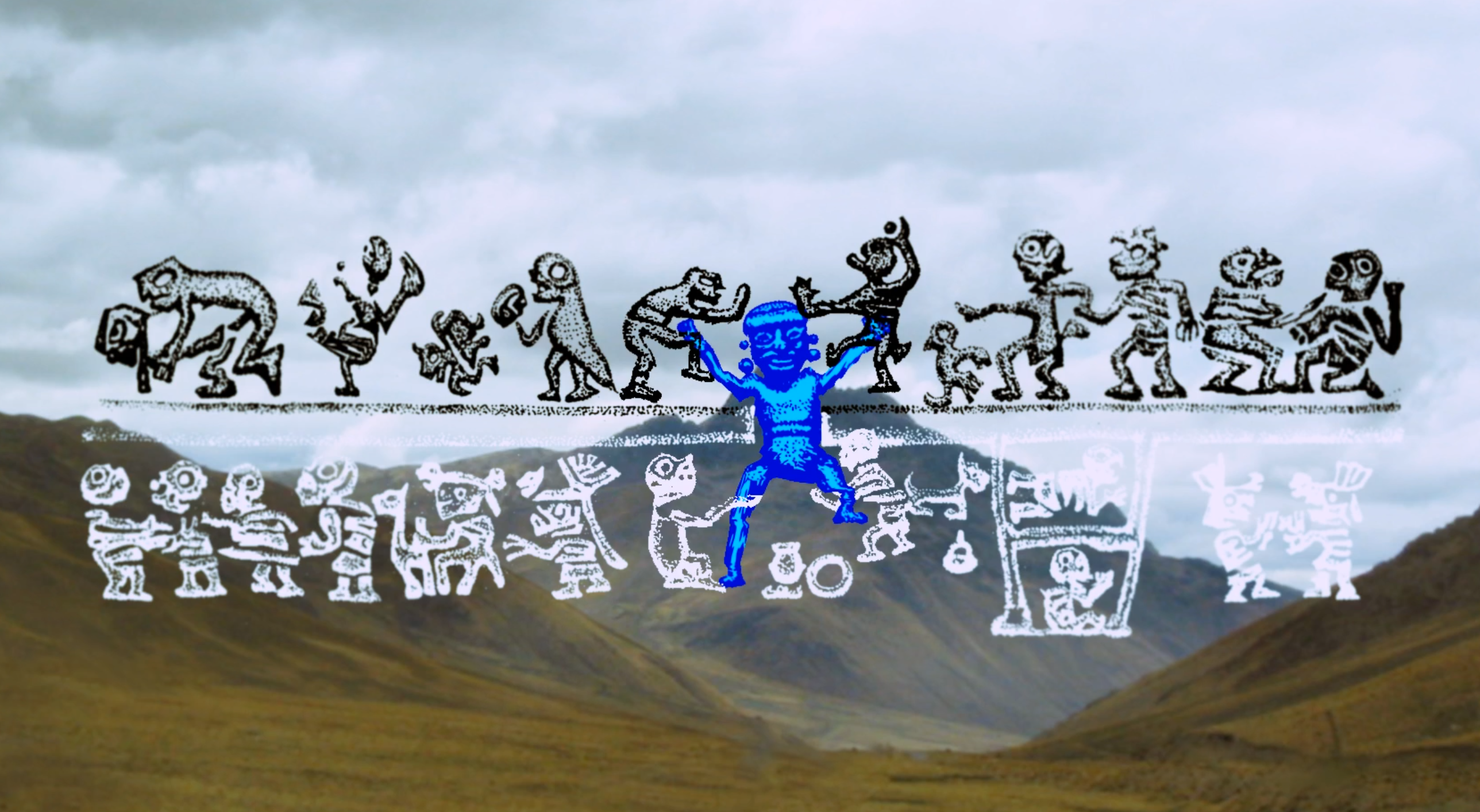 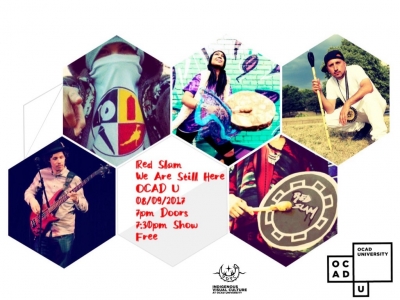 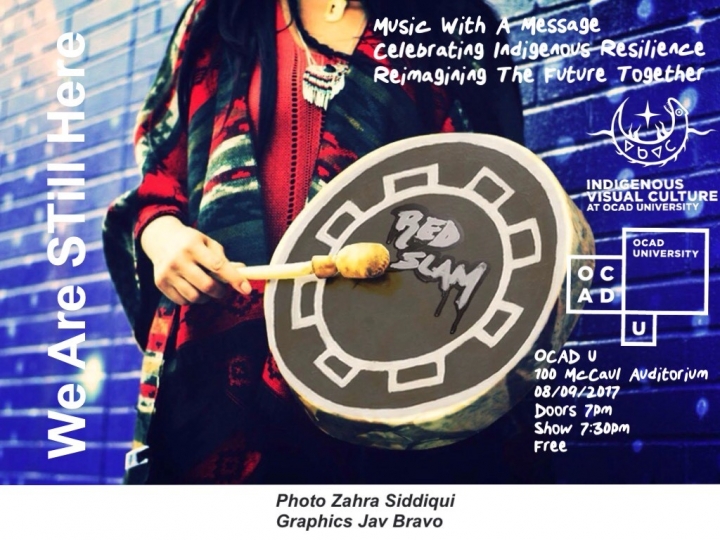 Francisco-Fernando Granados is a Toronto-based artist and writer. His practice extends from performance and drawing into a range of media that includes site-specific installation, moving image, text, public and participatory projects. He uses abstraction as a conceptual strategy to challenge perceptions regarding the stability of identity categories.  Born in the midst of the Guatemalan Civil War, his experience of coming to Canada as a refugee informs the aesthetics and politics of his practice.

Paulette Phillips works in Europe and Canada in film for installation and also with audio, performance, electro-magnetism, digital photography, video, light and mechanics. During her career she has established an international reputation for her tense, humorous and uncanny explorations of the complexity of social and physical energy and contradictions that play out in our construction of stability.

Jim Drobnick is a critic, curator and Associate Professor of Contemporary Art and Theory at OCAD University. He has held research affiliations at the University of Manchester and the National Gallery of Canada, and served as editor at Parachute for thirteen years. His writings on performance, sound, the senses, and postmedia artistic practices have appeared in journals such as Angelaki, High Performance, Performance Research, Public, and Senses & Society, where he is now an editor. His books include Aural Cultures (2004) and The Smell Culture Reader (2006).

Dot Tuer is a writer, curator, and cutural historian/theorist who has published widely on Canadian and Latin American art, with a specific expertise in photography, performance, and new media. She has additional research expertise in the historical and contemporary dynamics of Indigenous-European transcultural practices in north-east Argentina and Paraguay. She is the author of Mining the Media Archive and more than hundred museum catalogue, book anthology, and journal essays.