CAUSE:
This initiative raises much needed and deserved cash awards for undergraduate students within the OCAD photography program. All funds earned are put directly towards awards divided between second, third, and fourth year students.

BIDDING:
All artworks start at a base price of $30. Bids go up at a minimum increase of $10 per on-site bid and $25 per reserve bid. Images will be on public display alongside their bidding forms from 7:30am to midnight through the run of the auction. We encourage you to bid early and bid often! This year we will also be offering reserve bidding services on Wednesday, March 12th from 5pm to 7pm, and on the closing night, Friday, March 14th from 5pm to 6:30pm. To place a reserve bid, please come to the school during the fore mentioned times, and a auction representative will be happy to assist you. Please note, to place a reserve bid, we require credit card information. Reserve bids will be monitored and updated to bidding forms a minimum of twice a day. During the final bidding night, unposted reserve bids may win the auction, but every effort will be made to keep the price information on the bidding forms as current as possible.

The Faculty of Art Photography Program, with the assistance of the McCain Residency Fund, is pleased to present an artist talk with Stephen Andrews, Artist-in-Residence in the Photography Program working on a project in the Epson digital lab during the month of March.

Andrews begins his residency with an artist talk on Thursday, March the 6 at 4 pm in Central Hall, Rm 230. All students are encouraged to attend, especially those in thesis as the talk has been set up to work within this schedule.

Stephen Andrews international known artist living in Toronto and New York. Over the last twenty five years he has exhibited his work in Canada, the U.S., Brazil, Scotland, Ireland, France and Japan. He is represented in the collections of the National Gallery of Canada, the Art Gallery of Ontario and the Belkin Art Gallery as well as many private collections. His work deals with memory, identity, technology, and their representations in various media including drawing, animation and recently painting.

Photo will be taken promptly at 11 am!

This week is all about YOU, the fourth-year student'to recognize your accomplishments as you near the end of your final year. Fourth-Year Week is a way for OCAD to say thank you and celebrate the valuable contribution you make to the OCAD community and beyond.

We welcome you to participate as your schedule allows.

Connect, engage, reflect and have fun!

Check the Events Calendar for daily activities and watch for posters and a Fourth-Year Week brochure! 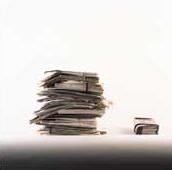 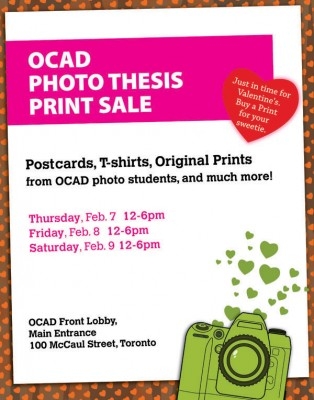 Just in time for Valentine's. Buy a print for your sweetie! Selling postcards, T-shirts and original photographs made by second-, third- and fourth-year students. 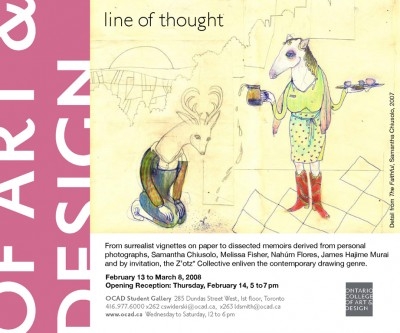