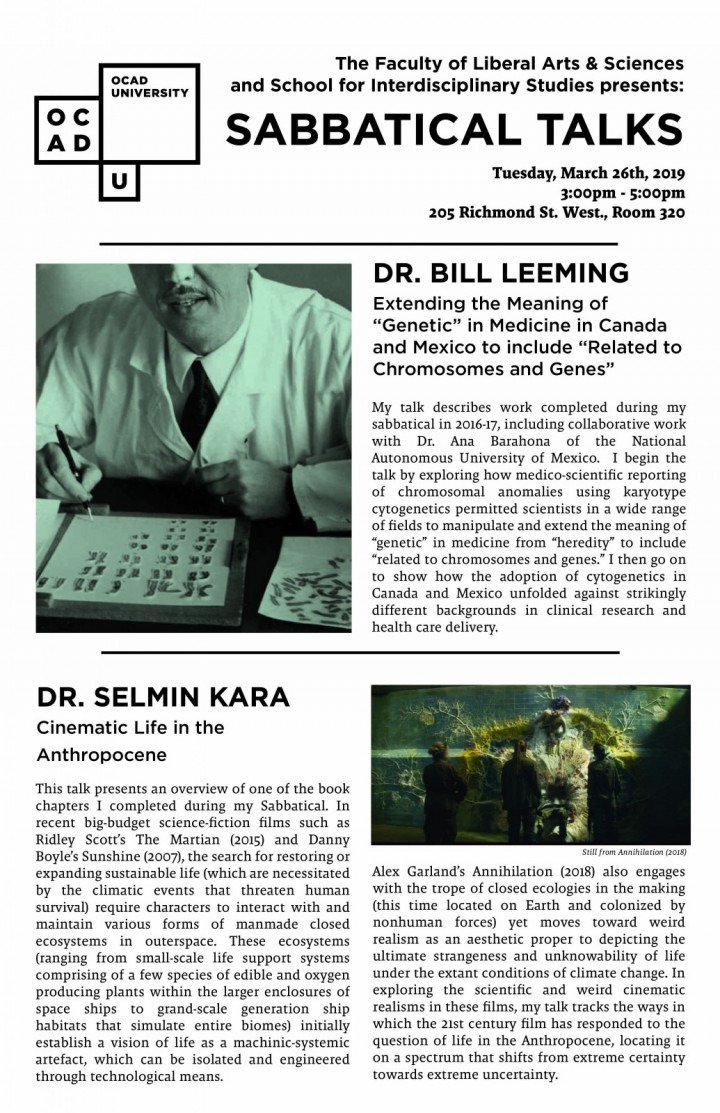 Bill Leeming is an associate professor in the Faculty of Liberal Studies, lecturing in a range of subject areas including the social sciences, science and technology studies, and the history of print. His research of the last decade has focused on innovation in science and technology and, most recently, the diffusion of genetic diagnostic technologies in clinical settings in Canada and the UK.