Now in its fourth year, the video game industry's annual Into the Pixel is the world's only juried art exhibition uniting experts from the traditional fine art world and interactive entertainment industry veterans to explore the art of the video game. The exhibition will feature 32 pieces from both the 2006 and 2007 Into the Pixel collections, showcasing artwork from some of today's most popular and innovative video games. With work from Canadian artists Cheol Joo Lee, Daryl Mandryk, Nicolas Bouvier and Patrick Desgreniers, Into the Pixel also features works by artists from China, France, Iceland, Japan, Poland, Slovakia, UK and USA, stemming from such game titles as 300: March to Glory, Fable 2, and Guild Wars.
Into the Pixel was organized by the Entertainment Software Association, The Prints and Drawings Council of the Los Angeles County Museum of Art, and the Academy of Interactive Arts & Sciences. Presented with the assistance of the Ontario College of Art & Design (OCAD), the Toronto exhibition is organized by Nicholas Pagee and will take place September 6 ' 9 and September 11 ' 15 in the Great Hall at OCAD, 100 McCaul Street. 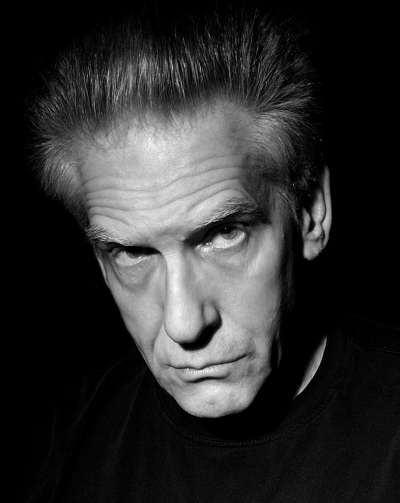 TIFF’s The Cronenberg Project is the recipient of the 2014 Ontario Museum Association (OMA) Award for Excellence in Special Projects, for the combined nominations of the following components: the exhibition David Cronenberg: Evolution, David Cronenberg: Virtual Museum and the interactive Body/Mind/Change initiative. OCAD University was an academic partner in the project, along with Sheridan College, and York University.

“We are thrilled to be the recipient of the 2014 OMA Award for Excellence in Special Projects,” said Piers Handling, Director and CEO, TIFF. “The Cronenberg Project was a milestone achievement for TIFF: it included our first large-scale original touring exhibition David Cronenberg: Evolution which recently finished exhibiting at Amsterdam’s EYE, as well as our Virtual Museum which will continue to be an online resource for further scholarship on Cronenberg’s films, and Body/Mind/Change which brought together Cronenberg enthusiasts from all corners of the globe for one unique interactive experience.”

TIFF’s multi-platform celebration of the work of Canadian filmmaker David Cronenberg was centred on the exhibition David Cronenberg: Evolution which charts Cronenberg’s growth as a filmmaker. With more than 300 original artifacts, visionary designs, as well as rare and unseen footage, the exhibition focuses on his longstanding fascination with the possibilities and perils of human evolution itself.

David Cronenberg: Virtual Museum is an online source that explores Cronenberg’s films through new scholarship and artistic explorations, including essays, academic writing, an interactive map and timeline, and a selection of behind-the-scenes footage and interviews with Cronenberg's past and present collaborators.

Body/Mind/Change, a digital extension of David Cronenberg: Evolution, immerses audiences in a “Cronenbergian” world inspired by the film Videodrome, re-imagined for the 21st century and brought to life across three platforms — online, mobile, and real-world.

Douglas Wilson on Us and the Game Industry

Douglas Wilson is co-owner of Die Gute Fabrik, a small game studio based in Copenhagen and New York City. Doug has developed a number of physical and installation games including Johann Sebastian Joust, which received the Innovation Award at the 2012 Game Developers Choice Awards. He is currently producing two commercial games projects, Sportsfriends and Mutazione.

Stephanie Beth is an independent documentary producer and director for Common Dreams Ltd. With decades of involvement with documentary production and teaching with and about media, she has sustained an ethnographic interest in the human condition in the modern and then contemporary world. Her films include Us and the Game Industry (2013), In Joy (1980), and I Want to be Joan (1977).

HOW TO OBTAIN TICKETS TO THE GUEST SPEAKER EVENTS:

University and college students
Same day ticket availability: Tickets for each event will be made available on a first-come, first- served, basis. Tickets are limited to one per person and are available one hour before the event's start time at the Steve & Rashmi Gupta Box Office on the first floor of TIFF Bell Lightbox, located at 350 King Street West. Students must show valid college or university cards for admittance.

Same day ticket availability: The remaining tickets for each event will be made available on a first-come, first- served basis. Tickets are limited to one per person and are available one hour before the event's start time at the Steve & Rashmi Gupta Box Office on the first floor of TIFF Bell Lightbox, located at 350 King Street West. Faculty and administrators must show college or university faculty/staff cards for admittance.

Members of the game development community who would like to attend, but are not a faculty member or student, are encouraged to email hlf@tiff.net to inquire about booking a ticket. 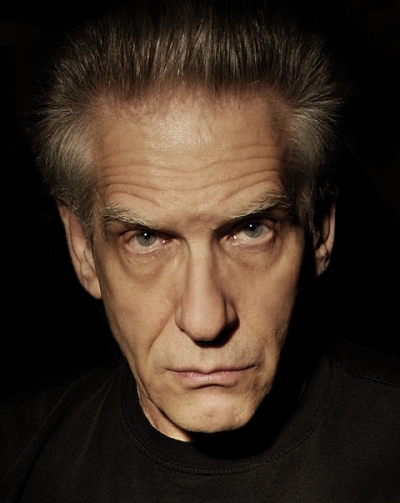 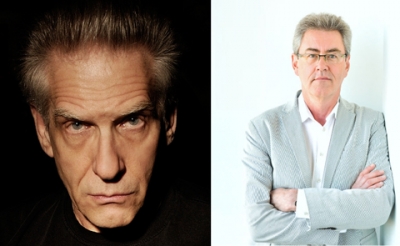 “Everybody’s a mad scientist, and life is their lab. We’re all trying to experiment to find a way to live, to solve problems, to fend off madness and chaos.” David Cronenberg

David Cronenberg, the master of the macabre, creepy obsessions and weird fantasies is coming to OCAD University to talk about the relationship between technology, art, cinema, architecture, design and city landscapes. The iconic Toronto-based Canadian filmmaker will be interviewed by Piers Handling, Director and Chief Executive Officer of TIFF at OCAD U on Tuesday, January 21, as part of the President’s Speaker Series.

"OCAD U is honoured to host one of the world’s most imaginative filmmakers in conversation with a one of the world’s best known curatorial and administrative leaders in film," said Dr. Sara Diamond, OCAD U's President. "This is a wonderful opportunity for the OCAD U community to learn about cinema, technology, design and the creative process from two film masters and we look forward to their unique industry perspectives, artistic ideologies and visions for the future."

During Cronenberg’s 40-year career as a filmmaker, his works have included independent, experimental, science fiction, horror, thriller and studio productions including Videodrome, The Fly, Dead Ringers, Naked Lunch, Crash, A History of Violence, Eastern Promises, A Dangerous Method and Cosmopolis. Thought-provoking and transgressive to the point of being controversial, Cronenberg is also celebrated with significant international awards, including France’s prestigious Chevalier de l’ordre des arts et des lettres, a Special Jury Prize at Cannes, a Governor General’s Performing Arts Award and a star on Canada’s Walk of Fame.

Cronenberg was the subject of an ambitious, international touring exhibition curated and launched by TIFF in the fall, and as part of that initiative OCAD U partnered with TIFF’s Higher Learning Digital Resource Hub, York University and Sheridan College to create David Cronenberg: Virtual Exhibition. The Virtual Exhibition will make a vast collection of scholarly essays, footage and research materials available to an online international artist. Caroline Langill, Interim Dean of the Faculty of Liberal Arts and Sciences and School of Interdisciplinary Studies at OCAD U, Natalie Waldburger, Assistant Professor, Drawing and Painting and a team of OCAD U students contributed essays, interactive maps, lesson plans and 3D images to the Virtual Exhibition.

Piers Handling, who will join Cronenberg at the January 21 event, is responsible for leading both the operational and artistic growth of TIFF. Since 1994, under his direction, TIFF became an internationally renowned cultural institution and opened TIFF Bell Lightbox, a permanent home for all of TIFF’s year-round film, educational and exhibition programming. Handling is the former Deputy Director of the Canadian Film Institute (CFI), taught at Carleton and Queens universities and has published extensively on Canadian cinema. He holds an Honourary Doctorate of Fine Arts from OCAD U.

“I think of horror films as art, as films of confrontations. Films that make you confront aspects of your own life that are difficult to face. Just because you’re making a horror film doesn’t mean you can’t make an artful film.”

“Since I see technology as being an extension of the human body, it’s inevitable that it should come home to roost.”

“As filmmaker, I ask questions but don’t have answers. Moviemaking is a philosophical exploration. I invite the audience to come on the journey and discover what they think and feel.”