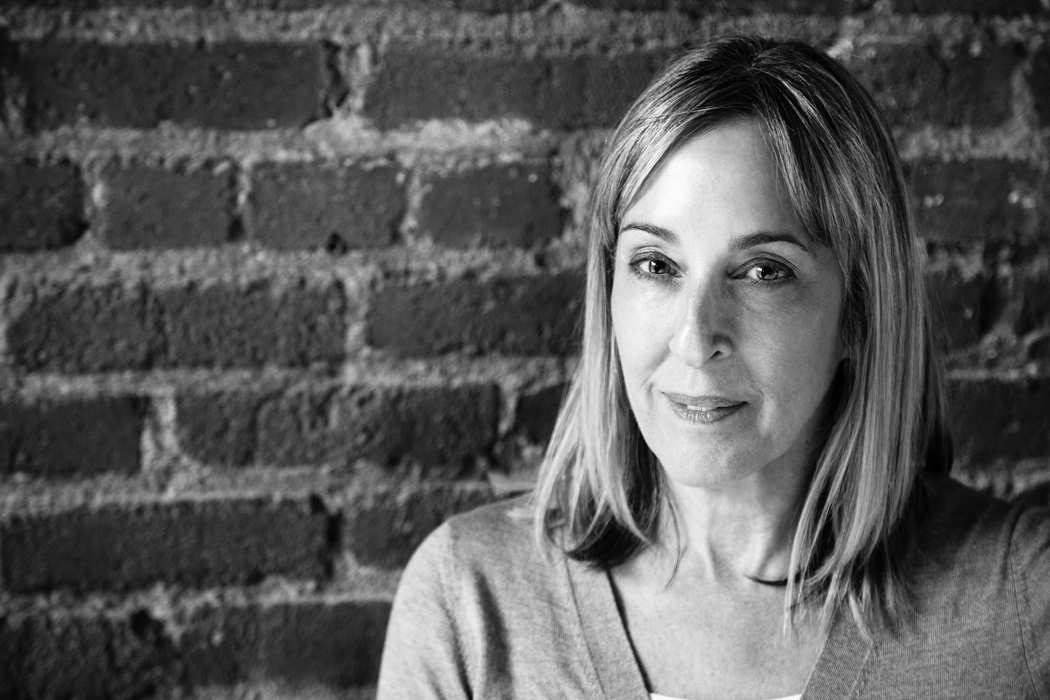 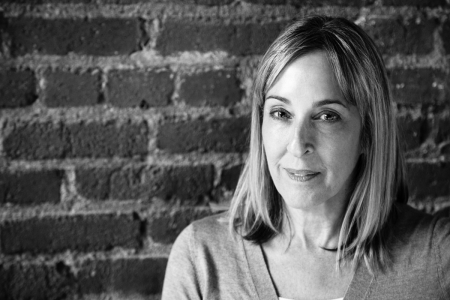 Barbara Astman belongs to a visionary group of artists who have continued to radicalize visual culture since the early 1970s by defining new ways of seeing. Over four decades, she has explored a wide range of photo-based media and produced work, which has received national and international recognition. She is represented in important public, corporate and private collections including the National Gallery of Canada, Ottawa, the Bibliothèque Nationale, Paris, Art Gallery of Ontario, Toronto, Deutche Bank, New York, and the Victoria and Albert Museum, London. Her artist’s archives are held in the E.P. Taylor Research Library & Archives, AGO.

Astman has an extensive and prestigious solo exhibition history, most recently, Barbara Astman Looking: Then and Now, a two-part exhibition (Corkin Gallery, 2016) and Barbara Astman: I as artifact featuring a new series of works accompanied by a comprehensive publication (McIntosh Gallery, 2014). In May 2011, her installation, Dancing with Che: Enter through the Gift Shop, (Kelowna Art Gallery, 2013) toured across Canada. Her major touring retrospective exhibition, Barbara Astman - Personal/Persona - A 20 Year Survey was curated by Liz Wylie (Art Gallery of Hamilton, 1995). She has been included in major group exhibitions, such as: Toronto: Tributes + Tributaries, 1971-1989 (AGO, 2016), Living Building Thinking: Art and Expressionism (McMaster Museum of Art, 2016), Look Again: Colour Xerography Art Meets Technology (AGO, 2015), Herland, (60 Wall Gallery, New York 2014), Light My Fire Part I: Some Propositions about Portraits and Photography (AGO, 2013), and Beautiful Fictions (AGO, 2009), among many others.  Astman was commissioned to create a photographic installation (The Fossil Book) for the inaugural exhibition at the new Koffler Gallery (Toronto, 2013). Canadian Art Magazine featured a profile of Astman’s career in the Spring 2014 issue.

Active in the Toronto arts community, Astman has served on numerous boards and advisory committees, including the AGO Board of Trustees (2009-2013). Currently, she is the Chair of the Art Advisory Committee, Koffler Gallery, Toronto and Vice President, Board of Directors, Prefix (ICA) Institute of Contemporary Art, Toronto. In addition, she has co-curated an installation titled The Emergence of Feminism: Changing the Course of Art, featuring work by Joyce Wieland, Suzy Lake and Lisa Steele (AGO, 2008).

Astman has degrees from the Rochester Institute of Technology, School for American Craftsmen, and Ontario College of Art. She has been a professor at OCAD University since 2001

2007 – 2010 The Emergence of Feminism: Changing the Course of Art, Art Gallery of Ontario,
Toronto, co-curated with assistant curator, Georgiana Uhlyarik for Transformation AGO,
featuring work from the 1960s and 1970s by Joyce Wieland, Suzy Lake, Lisa Steele, and
Barbara Astman. These artists’ use of performance, film, video, collage, textiles and
photography challenged issues of gender and identity and created new ways of seeing the
world. The installation was on view at the AGO from November 2008 to June 2010.
2016 Guest Curator, Come Together, Propeller Gallery, Toronto

Dancing With Che: Enter Through the Gift Shop, Museum of Contemporary Art,

Fictions-Contemporary Photography from the Permanent Collection,

Portraits, self and others (it’s complicated), McIntosh Gallery, London, Ontario,

The Double Bind: Conversations Between Modernism and Postmodernism,

Art for a Century, 100 for the 100th, Art Gallery of Hamilton, Hamilton, Ontario

Light My Fire: Some Propositions about Portraits and Photography, Part I, curated by Sophie Hackett, Art Gallery of Ontario, Toronto, Ontario

Some Things Last a Long Time: Seeing the Self in Autobiographical Art,

Beautiful Fictions, Photography at the AGO, Art Gallery of Ontario, Toronto, Ontario

Framed: the Art of the Portrait, Art Gallery of Hamilton, Hamilton, Ontario

The Found and the Familiar, Snapshots in Contemporary Canadian Art, TPW Gallery,

Taking on Colour: Technique in Colour Photography, Canadian Museum of

Woman of Substance: Images from the Collection, Art Gallery of Hamilton,

Reflections on the Artist: Portraits and Self Portraits, National Gallery of Canada,

Public Art/Commissions, Awards and Related Activities 2007: National Magazine Award, Silver Award for the Newspaper Series as presented in Prefix Magazine, Toronto, Ontario 2006: The Murano on Bay, Toronto, Ontario. (I have been awarded a public art project that incorporates colour photographic imagery on 217 exterior windows on the building. Completed May 2010) Private Commission, Present Tense: Generational Projection Flashlight Commission for the Christian Keesee Collection, The Keesee Library, Oklahoma City, OK. (This is a series of electrified suspended projection flashlights that project faces of a variety of people on the floor in the site-specific custom-built room.) 2005: New Loblaws Headquarters, Brampton, Ontario. (I created a series of three site-specific photographic murals for the atrium space.) Scale: 6? x 15? each. Medium: Digital output on canvas. Completed: October 2005 2003-2005: The new Canadian Embassy in Berlin, Germany. (I designed an image to be applied to the glass tower surrounding the Great Timber Hall.) 2000-2004: Centre For Jewish Campus Life, University of Toronto. (In collaboration with Susan Friedrich Architect Inc., I designed the etched glass windows which encompass the spiritual room and act as a signifier for the identity of the building.) Completed May, 2004. 1999: The Portal Project, Baycrest Centre for Geriatric Care, Toronto, site-specific photo murals for two series of six residence entrances. 1995: Simcoe Place Public Art Project, Cadillac Fairview Corporation, Toronto, Tribute, photographically etched glass interior sculpture.

Whyte, Murray. “On the Wall, I as Artifact.” Toronto Star, Section E, September 1,

The Globe and Mail. December 16, http://www.theglobeandmail.com/life/travel/destinations/modern-art-lover...

Lewington, Jennifer, “School’s out- and reinvented spaces are in.” The Globe and Mail,

Uhylarik, Georgiana. Highlights from the Collection of the Art Gallery of Ontario.

Uhylarik, Georgiana. Highlights from the Collection of the Art Gallery of Ontario. Ed.

Graham, David. “Instant History: Developing into a thing of the past … Fade to Black,”

Dault, Julia. “A light on survival, loss and the future.” National Post, January 12,

Grant, Vanessa. “The life and inspiration behind the photos of Barbara Astman.”

Wright, David. “On Sabbatical,” Sketch (newsletter of the Ontario College of Art and

Henighan, Tom. The Maclean’s Companion to Canadian Arts and Culture.

2000 Outstanding Artists and Designers of the 20th Century. Cambridge, England:

Hlynsky, David. “Like Smoke through a Keyhole: Symbolism and Metaphor in

National Film Board of Canada: Contemporary Canadian Photography from the

Collection of the National Film Board. (Foreward by Hugh MacLennan, Introduction by

Burf, Kay. “Art: The Summer Show at the Still Photo Gallery: pictures to open our

Dault, Gary Michael. “Artist gets bound up in her work,” Toronto Star, January 9.

Freedman, Adele  “Janus is the foder of the artworld”, Fanfare, August 4, p.9.

The Ottawa Citizen (on ﬁle at CMCP).

Stacey, Robert. Into The Deep End, The Art of Mentoring at the Ontario College of Art & Design. Toronto: Lieutenant Governor's Suite, Queen’s Park.

Art Gallery at Harbourfront. The Eye of the Beholder, essay by Anita Aarons.

National Film Board of Canada, Ottawa. Words and Images.