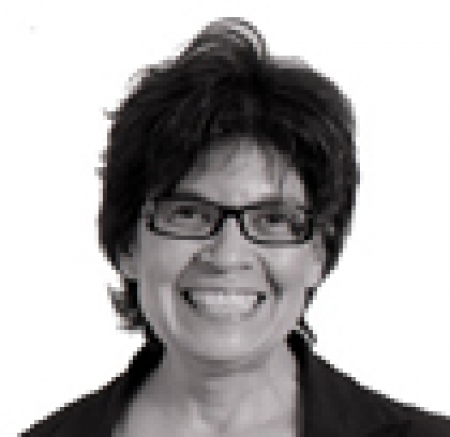 Bonnie Devine is an Associate Professor at OCAD University and the Founding Chair of OCAD U's Indigenous Visual Culture Program. She is an installation artist, curator, writer, and educator, and a member of the Serpent River First Nation of Northern Ontario (Anishinaabe/Ojibwa). Professor Devine has taught studio and liberal arts courses at York University, Queen's University, and the Centre for Indigenous Theatre. She has been a full-time instructor at OCAD University in the Faculty of Art, the Faculty of Liberal Arts and Sciences, and the School of Interdisciplinary Studies since 2008. In her role as the Founding Chair of OCAD U's Indigenous Visual Culture program, Devine has developed curriculum, taught classes, built ancillary programming, and developed student services to support OCAD's growing population of Aboriginal students and provide a critical Indigenous perspective within the art and design academy. Her installation and video works have been shown in Canada, the USA, Russia and Europe. Recent exhibitions include Changing Hands 3 at the McMichael Canadian Collection (2013), Person, Place, Thing at Neutral Ground in Regina, Saskatchewan (2012), We are Here at the National Museum of the American Indian, New York City and the Eiteljorg Museum, Indianapolis, Indiana (2012); Changing Hands 3 at the Museum of Arts and Design, New York City (2012); A Stake in the Ground, at Art M–r, Montreal (2012); The Far-Away Near-By at the Art Gallery of Algoma (2012); Writing Home at Urban Shaman Gallery, Winnipeg (2011); Medicine Basket, Body Bags at Station Gallery, Whitby (2010); Crossing Lines at Glenhyrst Gallery, Brantford (2010); and BadLand, at Museum of Contemporary Native Art in Santa Fe, New Mexico (2010). Her short video, A Grim Fairy Tale, was screened at the 2009 Berlin Film Festival. As an independent curator Devine has worked with emerging and established Aboriginal artists since 1997. From 2005 until 2007 she curated and organized –The Drawings and Paintings of Daphne Odjig: A Retrospective Exhibition"in collaboration with the Art Gallery of Sudbury and the National Gallery of Canada. The Odjig retrospective, which was the first solo exhibition by a female Aboriginal artist at the National Gallery, opened in Sudbury in 2007 and toured Canada and the USA until 2010. The catalogue for this exhibition was the first publication by the National Gallery in the Anishinaabemowin (Ojibwa) language. Devine holds fine art degrees in sculpture and installation from OCAD and York Universities. Her work has been recognized with numerous scholarships and awards, including an Eiteljorg Fellowship for Contemporary Native Art in 2011.