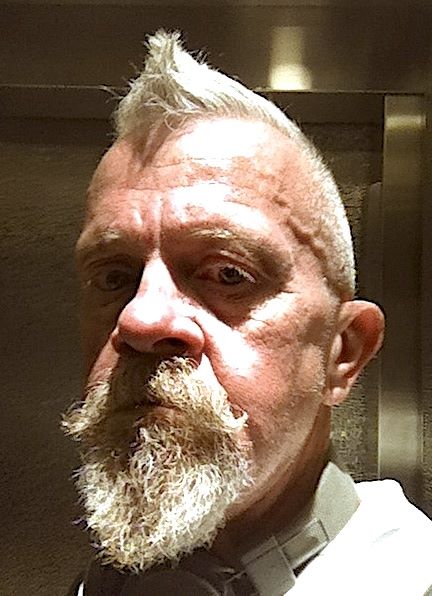 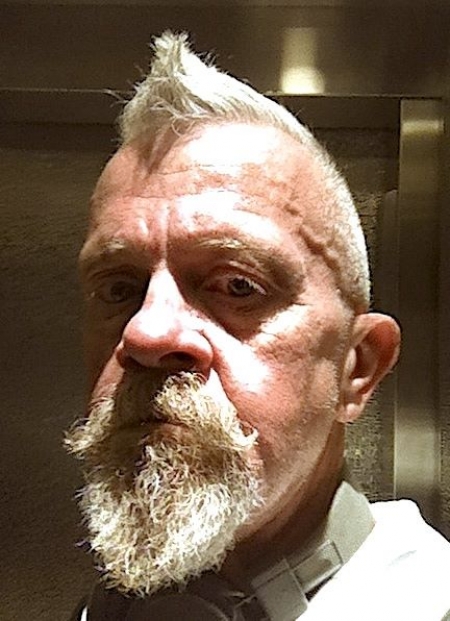 David McIntosh is Professor in the Digital Futures Program in the Faculty of Liberal Arts & Sciences/School of Interdisciplinary Studies at OCADU. He is also a digital media artist, film producer, script writer, and curator in film, video and digital media. McIntosh communicates his expertise in local media constructions and innovations to an international audience, regularly lecturing at leading universities in Argentina, Bolivia, Peru, and Mexico. He has lived and worked extensively in Canada, Cuba, Mexico, Argentina, and Peru.

McIntosh’s research has multiple points of focus, including: globalization and the political-economies of audiovisual spaces, network theories and practices, new media narrativity, mobile locative media, game theory, digital documents, Latin American media, and queer media. Recent critical texts have focused on a range of art, design and technology subjects including art and design methods as they apply to mobile media, and the role of state policy in mobile media innovation.

McIntosh is an award-winning documentary film producer (Tina in Mexico, 2002) and dramatic screenwriter (Stryker, 2004). In 2008, McIntosh became the recipient of the first-ever OCAD Award for Distinguished Research and Creation. This honour is conferred on the basis of having a strong portfolio of research, scholarship and creative activity, and on the impact said activity has had on the broad spectrum of art and design research and practice internationally. The award also recognizes contributions toward undergraduate and graduate research and scholarly training. Eric Nay, former Associate Dean in OCADU's Faculty of Liberal Studies, says “David McIntosh is not only a committed and creative researcher with a phenomenal background that spans many years and many countries, he is also providing leadership and diligently working to establish programs, envision curricula and hire new faculty to further new media studies at OCAD.”

In 2007 McIntosh was the Artist in Residence at the Amauta New Media Centre in Cusco, Peru, where he began the research and development of a distributed, digital documentary based in mobile media uses in Cusco's “informal economy”. In "Mobile Translocal Media Practices: Case studies of the intersection of art and new technologies in Cusco, Peru" (David McIntosh and Patricio Davila), McIntosh discusses the work, its context, and his own points of entry: "The immediate inspiration for my mobile locative media artist's residency was the explosion of cell phone usage in Cusco since 2006. Independent street vendors, almost entirely Quechua people serving as mobile human cell phone kiosks, began to appear in late 2006 selling flat-rate calls. A year later, these individual innovators had developed into a parallel cell phone service provider network, a site of capital accumulation, job creation and new service provision, all within the informal street vendor economy. By the end of 2007, Cusco was swarming with human cell phone booths, an effervescent bottom-up market of providers and users that developed among people traditionally excluded from all forms of technologized communication. They are actors in their own networks, as well as potential actors in an array of new mobile experience networks that we are now designing jointly."

McIntosh has focused on the creation of new mobile media applications to develop a distributed documentary that brings lost Cusco creative histories into public spaces. This has involved extensive primary archival research in photography, film, text and music archives as well as the design of mobile media interfaces. The result is Qosqo Llika (qosqollika.net), a mobile media documentary that appears in numerous fragments, on a range of mobile screens in a variety of locations. This innovative new media artwork recuperates and recontextualizes Cusco cultural histories for its 500,000 permanent residents, almost half of them Quechua people, and for the estimated 250,000 tourists that pass through the city each year, almost exclusively for the purpose of visiting pre-Colombian Incan ruins. More recent local cultural expressions have been eclipsed by the needs of the tourism industry, to the point that many Cusco residents are not aware of their own history, except for that history staged as spectacle for tourists. This project renders visible the largely invisible but crucial history of Cusco during the period of 1910 to 1930, a period of radical innovation in cultural production and in the intellectual reformation of the Peruvian nation based in indigenous cultures. McIntosh feels that his own practice helps students see history as a living, changing thing.

In 2007 McIntosh resurrected a bit of Canadian history in The Haunting, a cell phone game designed for use in Montreal's Mount Royal Park. The game, which utilizes park history, notably the real histories of those buried on the mountain, including Canada's last hangman, was a project that developed out of the Mobile Digital Commons Network, a national mobile media research initiative that worked to enhance public park experiences through mobile media. As a creative lead and project director, McIntosh helped to develop what would become an innovative prototype for a location-based mobile documentary ghost-capture game "The Haunting "that delivers an engaging experience for mobile phone users through bluetooth beacons and the Mobile Experience Engine (MEE) software.

McIntosh was the Principle Investigator on a recently completed SSHRC funded research and creation project titled Quipucamayoc. This art and technology project merges a range of contemporary art forms, including gaming, electroacoustical music, dance, experimental theatre, textile, and wearable design to construct a prototype for a new communication network. This network is not based in text or language but is instead embodied, performative, and sensorial. The network is engaged and activated through body sensor arrays, which serve simultaneously as game controllers and musical instruments, and are worn by ten movement artists to co-create live interactive generative narratives and music. The co-located network joining Cusco, Peru, and Buenos Aires, Argentina, is designed to reflect the nature of centuries of interactions between these two cities. The research and creation team for the project includes artists, historians, theorists and technical experts in Peru, Argentina and Canada. The literary and metaphoric aspects of the project are inspired by the Huarochiri Manuscript, a 16th century written compilation of pre-colombian Andean religious rites, which offers a complex and fragmented narrative structure, as well as rich visual and sound passages, to the framing of Quipucamayoc. Quipucamayoc was developed and presented by the collective of 30 people who currently comprise the Ayllu Intiwatana Laboratory. The project culminated in a live video-streamed performance in 2016 and produced a series of 2D digital prints on canvas, adapted from 3D virtual environments.

2016-       , Professor, Faculty of Liberal Arts and Sciences/School of Interdisciplinary Studies

“The Haunting,” Creative Director and Project Lead, Interactive Mobile Game for MDCN, a joint project of the Ontario College of Art and Design, The Banff New Media Centre and Concordia University. 2005-2007

“Qosqo Llika: A Mobile Locative Media Artwork in Cusco Peru” in the conference “Revisioning the Indians of Canada Pavilion: Ahzhekewada [Let us look back].” Presented by the Aboriginal Curatorial Collective and the Aboriginal Visual Culture Program at OCADU October 16, 2011, OCADU, Toronto.

“Duration and the Constant Present of the Ancients: Storying and Survivance, Simultaneity and Sequenciation” in the conference Durations, August 10, 2011, OCADU, Toronto.

“Mobility and Memory: Towards a Taxonomy of Temporal Multiplicity” in the conference Nomadismos Tecnologicos, Espacio Telefonica, Buenos Aires, October 2009.

“Mobile Media Workshop in a Suitcase: A case study of the transcultural intersection of art and new technologies” in Inter(Praxis). InterAccess, Toronto, February 2008.

“Being There: Uncanny Medium, Methodological Multiplicity and Proliferative Embodied Creativity in The Haunting,” paper presented at the Mobile Nation conference, Ontario College of Art & Design, March 23, 2007.

“Being There: Improvisation and Intensity in Rapid Prototyping Design Charrettes for The Haunting, a Mobile Locative Media Narrative for the Mobile Digital Commons Network,” paper presented at the Canadian Communications Association Conference, York University, June 1, 2006.

“The Rise and Fall of Mexican Cinema in the 20th Century: From the Production of a Revolutionary National Imaginary to the Consumption of Globalized Cultural Industrial Products,” paper presented at Globalization and Popular Culture Symposium, University of Manitoba, 2001.