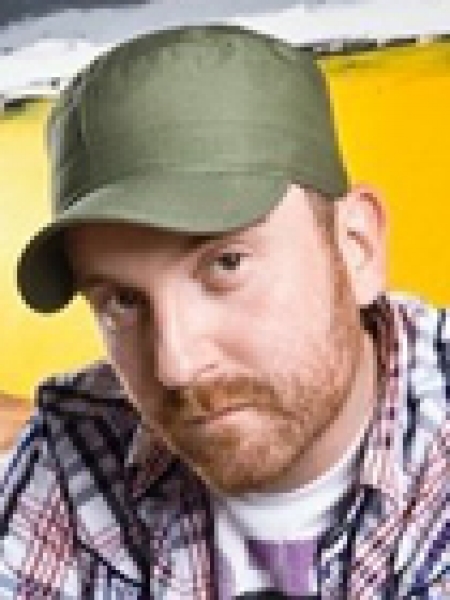 A graduate from Sheridan College in Toronto, Jon Todd has developed a unique style based on a process of layering in his artwork. His many influences include tattoo graphics, street art, Asian, Northern European and Mexican cultures. By absorbing each of these influences into his art, Todd works with a number of different themes, processes and stylisations in each piece.

Both a fine artist and illustrator, his work represents timeless depictions of social issues and pop culture iconography, both past and present. While exploring themes of war, corruption, and internal struggle, Todd uses as many mediums as possible as a part of his creative process. These include painting on found objects, collaging various patterned paper using the technique of alcohol transfers, wood block cuts and screen printing. Todd regularly de-stresses his works using various chemicals, scratching tools and belt sanders. His mix-media paintings resemble kaleidoscopic mosaics charged with iconography. These highly personal reflections, despite their vivacity, primarily deal with issues about misguided stigmas, psychosis and miscommunication.

Todd is widely known for his hand screen-printed prints at SMASH and fine art prints under Calavera Printing, featuring the work of Martin Wittfooth, Jean Labourdette and Kestin Cornwall. His unique screen printed street art has been spotted throughout the cities of Toronto and Montreal.

In 2009 Jon Todd, Dustin Jenner and Kestin Cornwall founded the Jerome Jenner Gallery hosting many shows and events such as the –Pin Up Tattoo Show"and –Urban Portraiture,"featuring the work of Steve Carty, Jamal Shabazz and Che Kothari. Todd launched a line of t-shirts and later hoodies under the eLLIPTIC Clothing Company/eLLIPTIC EMPIRE brand in 2008. Planet Illogica co founder Tonny Sorensen (known best for his work with Von Dutch) and his colleague Mark Murphy discovered Jon Todd's work with eLLIPTIC Clothing Company and together the teamed up to release a Jon Todd original t-shirt under the Planet Illogica brand.

Jon Todd has shown at Yves Laroche Gallery in Montreal and Thinkspace Gallery in Los Angeles as well as many other events and exhibitions worldwide. Todd has gained international recognition, holding exhibitions throughout North America and winning several awards which include awards from American Illustration and Applied Arts magazine.