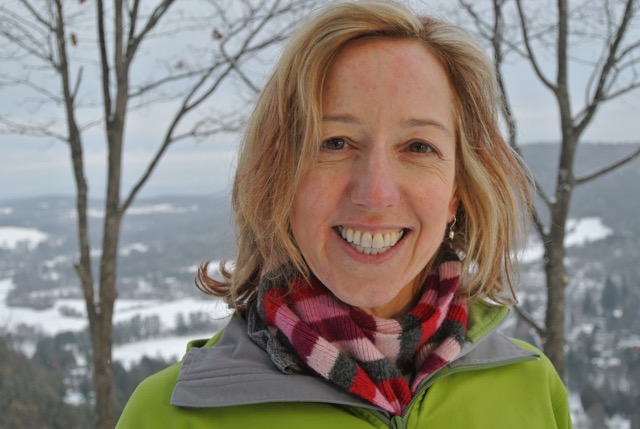 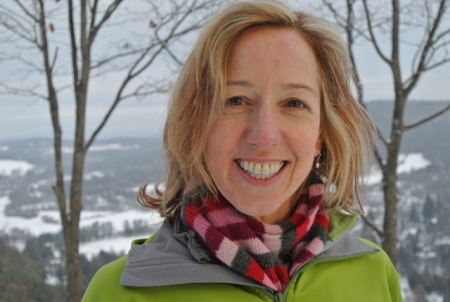 Paula Gardner, PhD, is a Communication and new Media Studies practitioner and scholar who collaborates in the creation of critical new media projects that query science and computational logics. Gardner teaches courses in Digital Futures, the Graduate school an Liberal Arts and Sciences, in digital and feminist theory, mobile cultures, and bioarticulation, among others. Gardner has produced four videos over the past year for open source curriculum in feminism, science and technology, for FemTechNet and serves on their steering committee. Gardner's multimedia research practice seeks to reveal the biases of biometric devices, and their promotional advertisements. Recently, her recent scholarship evaluates the neoliberal texture of cultural practices with biometric devices, particularly activity trackers. As well, practice based research assists stakeholders in getting under the hood of technology to purpose it to their own, and socially beneficial uses. Recently, Gardner's work includes Body Editing, a movement feedback interface the team employs with dance companies and as movement therapy with seniors with dementia. Gardner's Mindfulness Technologies app was co-created with therapists and clients using ACT (mindfulness psychotherapy); it ports the therapy in engaging practices for teens onto a mobile app. Gardner's team recently held the art installation Proofofproofofconcept, to install research process, scultures and mappings from the "Biomapping" project; that four year project invited users to query their biomaterial self, by collecting, processing and printing their bio data in create critical and aesthetic "maps" of self. Gardner is completing this year the documentary film, Eyes that Don–t See, Hearts that Don–t Feel, which critiques the American asylum process through the stories of 6 survivors of persecution as they navigate the asylum and refugee systems. Relatedly, Gardner's team is creating a web-based application allowing users to create their own immigration narratives by perusing archives, in the open documentary project Hyper Migration. Gardner's writing and research can be found at: paulagardner.ca; mobilelab.ca/grand; mobilelab.ca/biomapping, and academia.edu

Media, Messages and the Cultural Landscape; Introduction to Communication Studies

Producer, Director and Interviewer (In production; completion Spring 2015). –Eyes that Don–t See, Hearts that Don–t Feel–, a series of testimonies from torture survivors, produced as archival documents, and as a full-length video documentary. The video presents the stories of 4 individuals from Cuba, Venezuela, Sierra Leone and Croatia, and their experiences of persecution, displacement and asylum- seeking in the context of the impregnable American immigration system. The film details new prohibitions on immigration since 9/11/2001 and the human impact on displaced individuals and the American economy. Produced in cooperation with a torture treatment center in Tampa, FL, with a grant from the Florida State University Center for the Advancement of Human Rights.

SSHRC Connection Grant. April 2013.Principle Investigator. Grant enables a lecture event (September 2013) with key scholars and artists in the area of Feminism and Technology: Dr. Kim Sawchuk (Concordia University), Shu Lea Chang (independent artist), Dr. Janet Murray (Harvard University) and Brenda Laurel . The even includes a public lecture, and the filming of two video dialogues as curriculum in the open source course (Dialogues in Feminism and Technology) developed by FemTechNet organization, of which Gardner is a Board member and contributor.

Principle Investigator. Social Science and Humanities Research Council, Research Creation Grant for Fine Arts (April 2009–2012) Biomapping: mobile interventions in self-computation and spatial aesthetics. Mobile art experiments in subjectivity and aesthetics, through a range of self-mapping projects, producing material sculptures and virtual personal typographies. Through praxis-based intervention, we invite participants to explore the multiple data layers of mobile and public environments, to examine self, time and space via augmented technology. We craft, along with participants, varied digital and material self-maps reflecting hybrid mobile and material environments, with consideration of computational logics and aesthetics. www.mobilelab.ca/biomapping

Received funding to organize and oversee interviewing and video documentation of survivors of torture, at a torture treatment center in Tampa, FL.

Gardner, Paula in Young, Nora. 2012. The Virtual Self; How our Digital Lives are Altering the World Around Us. McClelland & Stewart (pp 188-90 and 195; on Biomapping and the biomaterial self)

Verstappen, Marjan, Dora Poon, Tim Bettridge and Paula Gardner. –Off the Couch and Out of the Hospital, Mobile Applications for Acceptance and Commitment Therapy."[Paper and Demo] MobileHCI '14: Proceedings of the 16th International Conference on Human-Computer Interaction with Mobile Devices & Services. CD-ROM Proceedings. MobileHCI '14, Sep 23-26 2014, Toronto, ON, Canada. ACM 978-1-4503-3004-6/14/09.

Gardner, Paula. (in press, 2015) The Mobile Digital Divide: Uneven Development, and the Interstices of Globalization, Gender and Class. (In press; 2014); Communication and –The Good Life; Around the World After Two Decades of the Digital Divide"[ebook], Catherine Middleton and Gerrard Goggin, Eds.

Chair, Feminist Studies Division, International Communication Association. January 2011 to January 2017, Elected by membership to serve as area coordinator for conference submissions, Vice Chair and then Chair for a total of six years of service.

Reviewer. (2012 to Present) Space and Culture