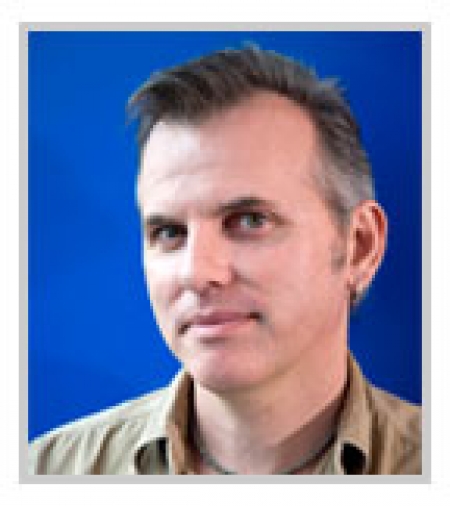 Robert Mitchell began his art education at the Sault College of Applied Arts and Technology, where he studied Advertising and Ceramic Design, from 1982 to 1985. After graduating with honours, he continued his education at the Ontario College of Art (OCA) majoring in Design from 1985 to 1989. Following his four years at the OCA, he spent a three-year residency from 1990 to 1993 in the metal studio at the Harbourfront Centre Craft Studio in Toronto. His further education in the field of jewellery design includes numerous professional workshops with national and international artists.

Robert has created wearable art for over 25 years, generating exhibition work and custom one-of-a-kind pieces that are included in private and gallery collections. He has exhibited both nationally and internationally in group and solo exhibitions winning numerous awards for his work, including Ontario Arts Council and Craft Council grants. He represented Ontario in 2009 in the –Unity and Diversity"exhibition at the Cheongju International Craft Biennale in South Korea. He received the Best in Show award in 2013 for his work in –Transformation–, Zilberschmuck's 9th Annual National Juried Exhibition of Canadian Fine Jewellery & Metalwork. He was also a juror and co-coordinator for –OPINE"a national student exhibition hosted by OCAD University and held in conjunction with –Meta Mosaic–, the 2013 Society of North American Goldsmiths (SNAG) Conference. Additionally, Robert recently collaborated with the AGO and the Thomson Group creating a complex mount for a delicate piece of ivory, St. Sebastian by Jacobus Agresius (c. 1638), from the Thomson private collection currently exhibited at the AGO.

A professor in OCAD University's Material Art & Design Program since 1998, Robert received the Price Award for Teaching Excellence in 2008. He is currently a masters candidate in the Strategic Foresight & Innovation program at OCAD University, focusing on global water issues and urban agriculture. Robert received patents in 2012 and 2013 for a passive irrigation system based on Biomimicry and design principles and is looking forward to utilizing his design skills to develop sustainable urban agriculture practices in the future.

1982 "1985 Sault College of Applied Arts and Technology, Sault Ste. Marie, ON, majoring in Advertising and Ceramic Design, graduating with honors

–The Water Workshop: Creating a Space for the Future of Water Provision in Ontario's Water Sector-Scenario Building Session Including Multiple Stakeholders–. May 28, 2012. University of Toronto.

–Out of Water: Sustaining Development in Arid Climates"Conference, University of Toronto, April 1&2, 2011, Hosted by the John H. Daniels Faculty of Architecture, Landscape and Design.

2008 Repousse Workshop with Jeff DeBoer, Presented by the Metal Arts Guild of Canada

2013 –The St. Sebastian Project"A collaboration with the AGO and the Thomson Group to design and fabricate components for the mounting of the Ivory St. Sebastian by Jacobus Agresius (c. 1638) for exhibition in the AGO Gallery.

2012 –Nonology: Nanotechnology, the future of medicine and genetic engineering–, The World Future Conference Bata Launch Exhibition. An exhibition of work based on Foresight into the future. Held at the Sheraton Center, Toronto, ON, Canada.

2010 Featured Jewellery Artist for January at OCC Gallery, Toronto, ON

2008/09 –The Toronto Outdoor Art Exhibition"Toronto. ON

2007 –Currents–, Alumni and Faculty exhibition in the Great Hall at OCAD in conjunction with Nuit Blanche and the Material Art & Design, Applied art & Design, Alumni Reunion.

2002 –Angels"Solo Exhibition in conjunction with the Toronto Film Festival, Varsity Theatre, Toronto, ON

2012 December 6, 2012, US Patent #126357641 Issued for a passive irrigation system, (PIS Project) based on the understanding of Biomimicry and design principles.

Professional Development Grant from the Ontario College of Art & Design

2010 Juror for the Ontario Crafts Council Awards and Scholarships 2010

2009 Juror and coordinator for 'secret Identity, tell us who you really are"a national exhibition of jewellery from students in jewellery programs at Colleges and Universities across the country, hosted at the OCAD Student Gallery in Toronto

2007 Juror for the Jewellery and Metal Categories of the 2007 Toronto Outdoor Art Exhibition, Toronto, ON

2005 Juror for –Undercover "Experimental Production 2005""The Head as Sight a Performative Project, the Ontario College of Art & Design, Toronto, ON

2004 Juror for –Findings–, a joint exhibition between The Ontario College of Art & Design and The Nova Scotia College of Art and Design, hosted at OCAD and NSCAD.