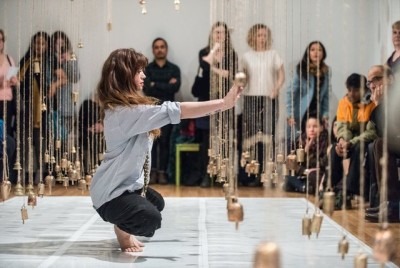 Jenn Goodwin is a curator, producer, dance artist, and filmmaker.She has worked with Toronto’sNuit Blanchesince its inception in 2006 as a producer and programmer, and has curated performances and exhibitions for the Art Bank, Summerworks Festival, The Drake Hotel, and Harbourfront Centre. Over the past 20 years her dance work and short films have been shown across Canada and internationally from St. John’s Newfoundland, The Canada Dance Festival in Ottawa, Tangente and Studio 303 in Montreal, The Next Wave in Melbourne, Australia, Brussels, Amsterdam, New York City, Vancouver and extensively in Toronto. Goodwin is onehalf of the art bandMORTIFIEDwith Camilla Singh, a band that uses choreography, drum kits, tap dancing, and cheerleading as its instruments. She has written for theCanadian Theatre Review,Journal for Curatorial StudiesandThe Dance Current.She is a graduate of the Master of Visual Studies-Curatorial Studies program at the University of Toronto.https://www.jenngoodwin.ca/

In the past whispers, ARTIFACTS uses performativity as a touchstone to relocate and restory culture, artefacts, intentions, and memory. In making this work, we entered the space of the walled garden, as tourist, traveler, and pilgrim. The “entering” was originally an unintentional act. We had been performing in a little village, La Romieu, in France in 2017 and, when finished, had travelled to stay for a few days in Lectoure. Tucked against a high stone wall on the main street, we came across a long-standing herb garden that had been established in the 1200s.

The panoramic images we took of each other in this small walled medieval garden spoke to our own searching and a momentary fleeting sense of displacement and loss. In making this exhibition, through the use of photo image and archival maps of medieval gardens and cities, we searched for traces of the past. We fantasized a touch, a fragrance, a quietude that might be found in a sacred place of contemplation and cultivation. In juxtaposing this sense of place with a perhaps equally imagined life of women in a convent and the use and value of a convent garden we asked: Who were, and how were “holy sisters”?

We invite you to play here within the metaphor of this medieval garden. To be in such a garden is to stand in the middle of a vision of the world – the garden is in itself a cosmological statement where within its symmetrical plan and ordered framework, particularity is varied, fertile and hospitable.