The Student Advising Centre is relocating to 115 McCaul St. for the summer months during Creative City Campus construction.

Myles Calvert was born in Collingwood, Ontario. He attended the University of Guelph with a focus in printmaking and art history, before travelling to London, UK where he completed his MA in Printmaking at Camberwell College of Art (University for the Arts, London). Major bodies of work included mass installations of screen printed toast and the idolization of popular British celebrity culture. 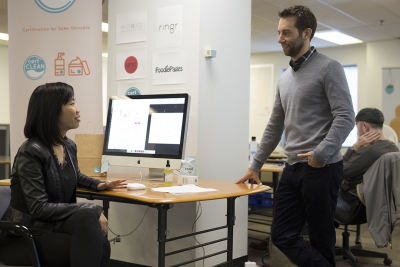 OCAD University has been fostering business development skills through its Imagination Catalyst entrepreneurship hub since 2014. The one-year free program includes up to two-dozen start-ups at once to share studio space, equipment and mentorships.

To further its commitment to advancing the start-up scene in Toronto, Imagination Catalyst recently announced a partnership with corporate law firm Cassels Brock, which will provide advisory services to participants of the program. Read More - http://www.appliedartsmag.com/thebrief_details/?id=17281