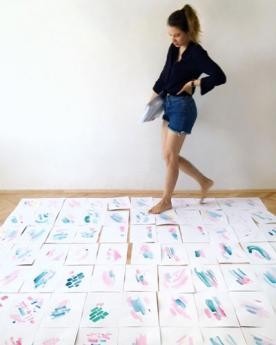 Animation instructor Iveta Karpathyova finds the merging of design and movement and storytelling an exhilarating combination. She had been drawn to art, fashion and dance throughout her schooling, and eventually established herself in a graphic design career in Paris after receiving a degree in fashion communication. Looking for new challenges, she pursued a master’s degree in design from OCAD University . 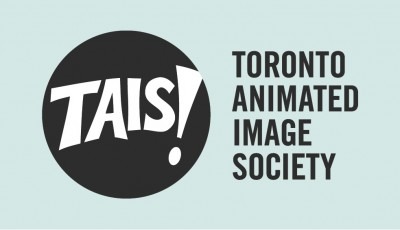 Join us for a presentation by Mariam Zaidi, Managing Director of Toronto Animated Image Society to learn more about their residency programs, membership and Anijam call for submissions.

The Showcase Jury’s pick for Best Anijam will be awarded a cash prize and in-kind studio use toward production of a short-animated project for presentation at TAIS Showcase in 2020. The 2019 Anijam is High Tension. Artists are invited to submit 10-second-long mash-up masterpieces, creative never-before-seen combos, or unique universes populated by well-known characters.

As a non-profit, charitable, artist-run production centre, TAIS is dedicated to exploring and promoting the art of independent animation through production, screenings, workshops, and exhibitions. Founded in 1984, today TAIS’ artistic vision is shaped by support for the ever-broadening multidisciplinary and global context of the animated arts. Annually, TAIS programming seeks to prioritize diverse, intersectional, and progressive artistic and community-based interests that maintain support for the traditions of the discipline while also reflecting an evolving, expanded definition of animation.

ABOUT THE OCAD U CENTRE FOR EMERGING ARTISTS & DESIGNERS (CEAD)

Established in 2013, the Centre for Emerging Artists & Designers (CEAD) sits alongside the other student-focused departments in the portfolio of the Vice-Provost, Students & International at OCAD U.

The CEAD is committed to supporting the early-career advancement of all students and recent alumni at OCAD U. Our team delivers specialized programs and services that connect individuals to
meaningful opportunities, communities of practitioners, skill-building resources and facilitated learning experiences.

Earlier this semester, OCAD University's Experiential Learning Program partnered with the Toronto Youth Wind Orchestra on a project to create a series of animations that will accompany the live performance of Modest Mussorgsky’s Pictures at an Exhibition. Led by Tommy Truong (DPXA Alumni) and animated by a group of talented Digital Painting Expanded Animation students, this final animation will be screened with a live orchestra at the Living Arts Centre as part of their season finale performance. 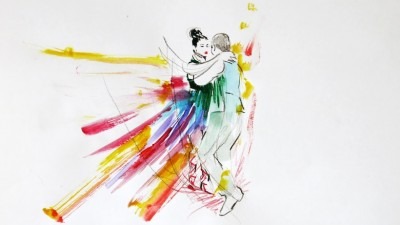 Iveta Karpathyova is the Toronto artist behind the two short films we’ll be airing on this week’s episode of CBC Arts: Exhbitionists, “Phases of Dance” (2017) and “Bachata Dance: Te Vas” (2016).

She’s an animator, and she’s also a dancer. That’s actually her in “Phases of Dance” — swaying with dance partner Pavlo Farmakidis — and she brings her perspective on both art forms to the videos you’re about to watch.”

For more information about the artist, visit: http://www.ivetaka.com/

"Phases of Dance" is a 2D-animated film composed of approximately 2,100 individual drawings.

Produced in four months, the film documents embodied technique of bachata through rotoscoping. Using real-life footage as a base for animation, the four-month production began with a dance choreography by Pavlo Farmakidis and filming of a bachata sequence performed by Farmakidis and Karpathyova.

Hand-drawn in two months at approx. 100 drawings per day, the 3min 40sec animation is also a documentation of Iveta's technique in traditional animation as she drew sequentially on a daily basis and the chronological order (date timeline on bottom left) of each frame (frame count on bottom right) represents her progress in drawing, painting, and understanding of motion.

Luke Painter is an artist working in Toronto. Recent exhibitions of his work include: Modern Wand at Cambridge Galleries (solo 2017), The Teasers and the Tormentors at Galerie Clark in Montreal (solo 2016), Ways of Something at the Whitney Museum of American Art (group 2016) and Five Years of Contemporary Canadian Drawing at the Sudbury Art Gallery (group 2016). Luke has been recently nominated in 2018 for the K.M.

Jean-Christian Knaff lives and works in Toronto where he has founded with his wife Claude Miceli, their own company, Knaff and Miceli. He teaches illustration at the Ontario College of Art & Design, where he is Chair of First-Year, Design. Knaff's animation, The Wild, Wild Circus Company was nominated for the Nicktoons Animation Festival in the US and is currently aired on the YTV network in Canada. He won the UNICEF award at Annecy International Animation Film Festival and a gold medal at the New York International Animation Film Festival. 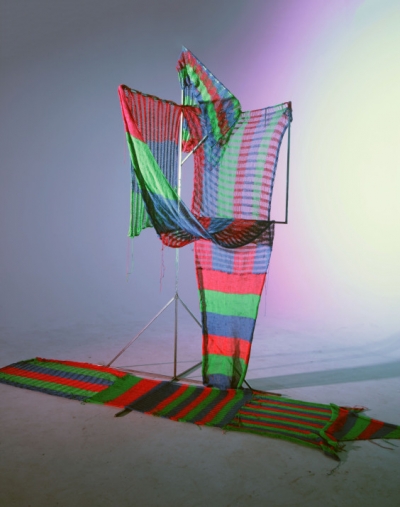 Philippe Blanchard, Graduate Faculty in the Interdisciplinary Master's in Art, Media and Design program and Chair of Media and Installation in the Faculty of Art, has work in The Frame is the Keyframe: Frame Anomalies, an exhibition that runs until December 16 at the Toronto Animated Image Society. This exhibition includes "new experimental and installative works exploring frame anomalies as a new frontier within animated art making."

Blachard's work on display is Dream House, an expanded animation installation. "Inspired by the informal architecture of Mexico City market stalls, Dream House consists of machine-knit and tufted hand dyed cotton yarn, stretched on metal structures. Blanchard reiterates his use of computer-controlled light and pigment to generate the illusion of movement in expanded animation installations. Playing with the chromatic building blocks of computer graphics—red, green and blue—this piece uses MIDI data to establish the “in-betweens” interpolating between these primary colour “keyframes”, the cycle generating a sense of motion in depth as layers of coloured yarn are hidden and revealed in turn." More information about the exhibition can be found on the TAIS website: http://tais.ca/anomalies-philippe

To hear more about Blanchard's work, and his experience as a former student in the IAMD program (MFA 2010), check out this video online: https://vimeo.com/157302635

For more informatio on the IAMD Program: http://www.ocadu.ca/academics/graduate-studies/art-media-design-masters.htm 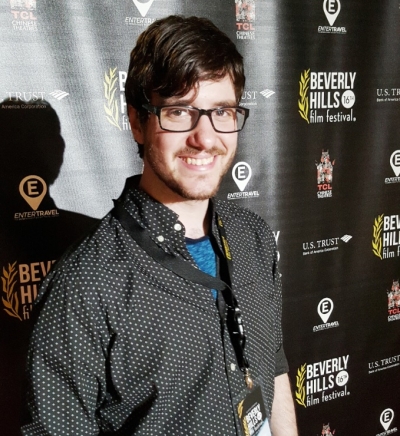 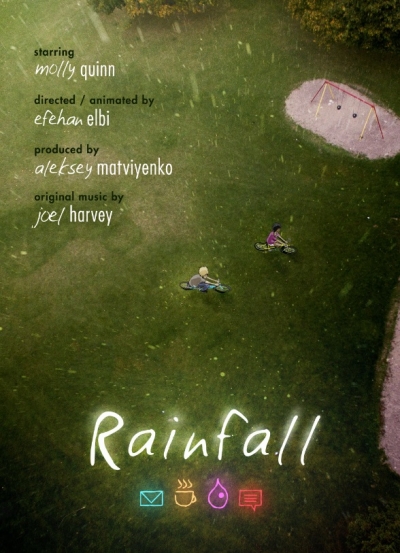 Efehan Elbi is a graduate of OCAD U’s Integrated Media program. He’s an artist and award-winning animator. We caught up with him to chat about his work.

Congrats again on winning Best Animation at the Beverly Hills Film Festival for Rainfall last fall! What have you been up to since then?

Thank you! That was an unexpected joy. Ever since then it’s been about spreading the word and keeping the festival submissions going. The star of Rainfall, Jessica, is one of my main characters, so I’ve (actually, she has) been sorting out where her story goes next.

I tabled at TCAF this year, which is always wonderful, and with our collective Family Contact (my constant collaborators Zak Tatham and Aaron Manczyk, both also OCAD U alums) we screened a ridiculous sci fi-romp feature called Space Breakers at the WTFilm Fest.

I’m a little too interdisciplinary sometimes, so there’s also been poetry, writing and music. And of course day work with Sinking Ship, animating for a CBC show called Bookaboo!

Why do you love animation? What’s it like when something you’ve been working on comes to life?

Animating is so weird, crafting motions for weeks and months (in the case of Rainfall, years). When it finally comes together, and actually tells a story running at full speed — ideally on a theatre screen so I can strictly no longer tinker and edit (because it really is hard to let go) — it is the most amazing thing .

I think animation is a very unique medium. It gives us a chance to tell a visual story filtered entirely through the lens of the artist. There are so many ways to approach any idea or action, so many technologies (or lack thereof) and all of them are changing and shifting year by year. I think I most love that animation can convey life experiences and stories without the burden of physical specificity. 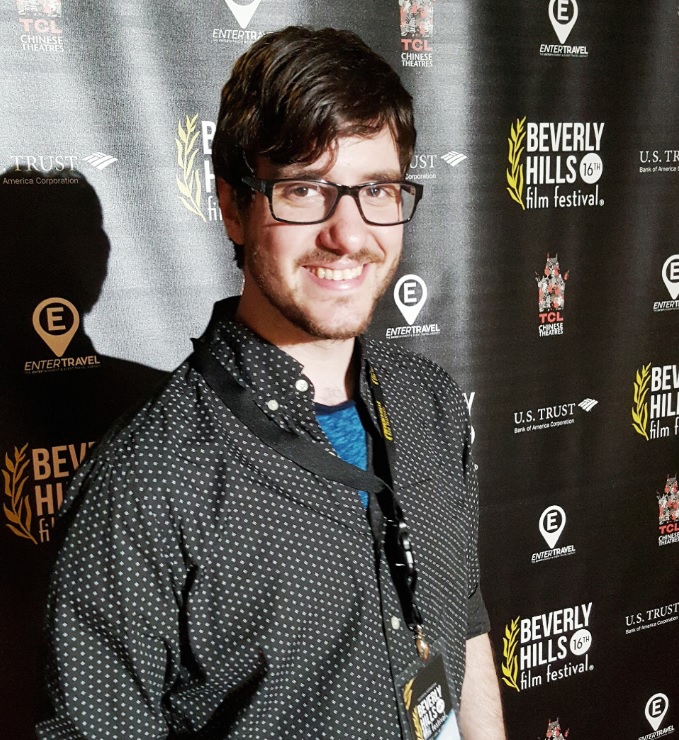 How do you get your work out there? What’s your best advice for young animators just starting out?

I would say: finish it. Finish the thing. Whatever it is, however long, even if it is just a super-rad gif that you’re posting on tumblr, FINISH IT. Because of the minutiae, it’s so easy to get lost in tweaks and the creeping feeling that the work isn’t good enough (the Internet is bad for this). It’s great, call it done. And if it isn’t, finish it, listen to the criticism as best you can, and make another one. This is one of the best things I learned at OCAD U.

Also, love the people around you who make you persevere.  It’s hard to keep creating regularly. The people who do are precious beyond measure, because we keep each other going. Even if you work in the industry and create every day, I truly feel that the passion projects are what glow in the end.

For getting the work out, don’t be afraid to share and forward your work to everyone! The Internet is great for this. Get your animations and demo reels online. My own biggest challenge is trying to promote while also staying creative, because I find the two are such wildly different ways of being. 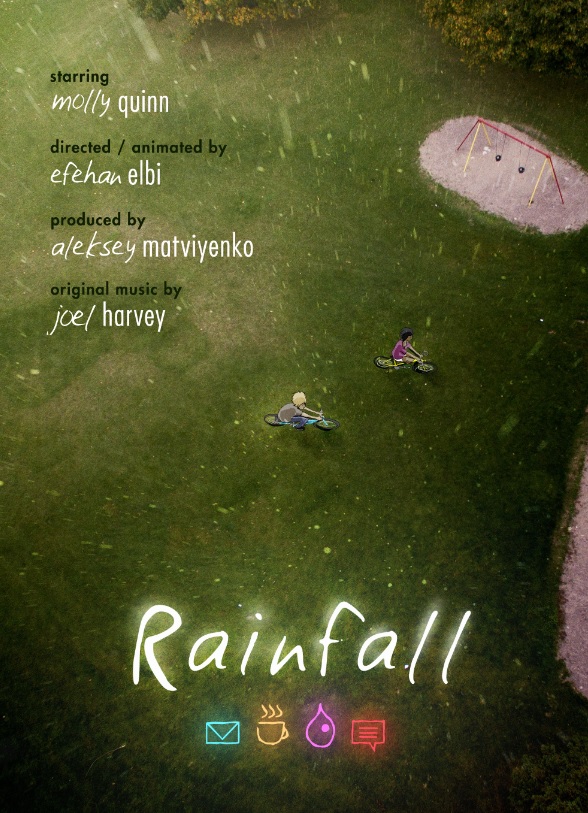