A great opportunity! …to chat with Thom Mayne, the Design Director for Creative City Campus, the founding principal of Morphosis Architects.

Morphosis and Teeple Architects will share some insight about key issues related to contemporary architecture, design, beauty and built form.  They are eager to hear questions and thoughts from the OCAD U community related to your projects, research, and passions.

Open to: all students, staff and faculty

Thom Mayne, tis a founder and design principal of Morphosis, an interdisciplinary and collectively organized architecture firm. Morphosis has always been known for uncompromising designs and a drive to surpass the bounds of traditional forms and materials, while also working to carve out a territory beyond the limits of modernism and postmodernism. The firm was founded in 1972 by Mayne and Jim Stafford and one year later Michael Rotondi joined them and remained as partner until 1991. Types of buildings undertaken by Morphosis range from residential, institutional, and civic buildings, to large urban planning projects.

Thom Mayne was born in Westbury, Connecticut in 1944. He lived for part of his childhood in Gary, Indiana. When he was ten, his mother moved the family to Whittier, California. Although he enrolled in California State Polytechnic University, Pomona, he received his bachelor of architecture degree from the University of Southern California in 1968. He then worked for two years as a planner for Victor Gruen. He began his teaching career at Cal Poly at Pomona, but soon he, along with six colleagues, was fired. That was the genesis of the founding of the Southern California Institute of Architecture (SCI-Arc) in 1972. He returned to school and received his master of architecture degree from Harvard University in 1978. He has held teaching posts at Columbia University, Harvard University, Yale University, the Berlage Institute in the Netherlands and the Bartlett School of Architecture in London.

The Creative City Campus (CCC) project will revitalize and expand the institution’s core creative spaces on McCaul Street. The project involves approximately 55,000 square feet of new construction and 95,000 square feet of renovation and repurposing of existing space in and around the existing facilities of the university. A preliminary outline of project objectives is listed below but is subject to change, following the outcomes of the engagement strategy. Development and financing strategies will be developed in 2017. 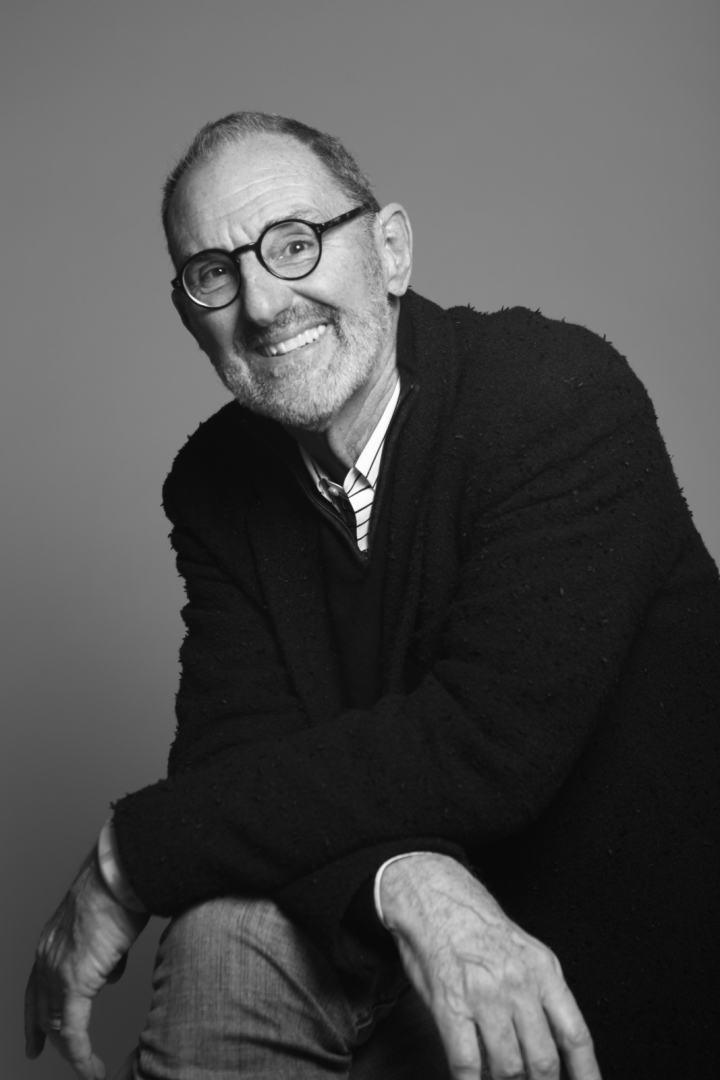 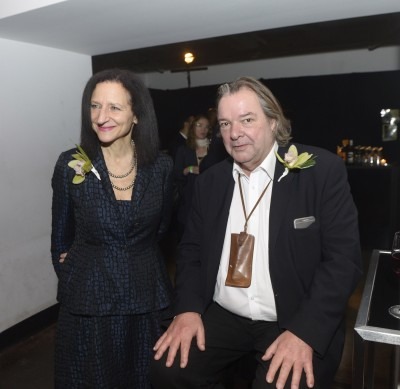 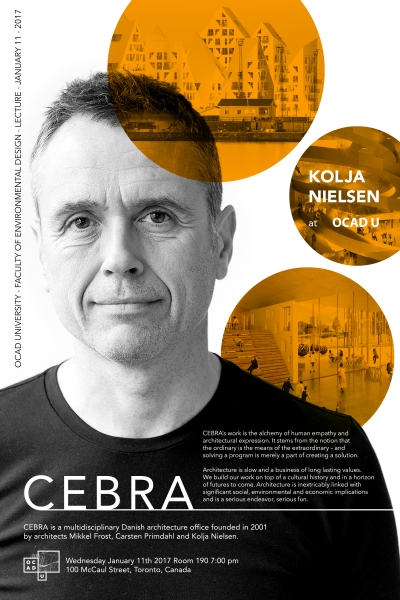 CEBRA is a multidisciplinary Danish architecture office founded in 2001 by architects Mikker Frost, Carsten Primdahl and Kolja Nielsen. It's work is the alchemy of human empathy and architectural expression. It stems from the notion that the ordinary is the means of the extraordinary - and solving a program is merely a part of creating a solution.

Some of CEBRA's projects include the award-winning residential complex The Iceberg, the Experimentarium Science Center, the masterplan for NYE, the sustainable suburb of the future, and a series of innovative school development project SKUB.

Please join us in this special lecture with Architect Kolja Nielsen, Founder Partner and CEO at CEBRA.

*Please note seating is limited and given on a first-come, first-served basis.

The short list of architects for Creative City Campus (CCC) have been chosen. With over 20 submissions from top global firms, selecting a short list was no easy task. In fact, the quality of work was so outstanding that the initial short list of five was increased to six.

Here are the top six bidding firms, in alphabetical order:

As Canada’s university of the imagination, OCAD University is engaged in transformative education, scholarship and innovation. Creative City Campus (CCC) is a project that will revitalize and expand the core of the institution’s campus along McCaul Street in Toronto, Ontario. It will involve 150,000 square feet of new construction and renovation combined.

The project’s main goal is to create a 21st century healthy, accessible, and creative learning environment to ensure students have full access to technology-enabled studio-based, experiential and collaborative learning. Cutting edge media, technology and state of the art digital fabrication will be integrated throughout the facility to enhance teaching opportunities, social interaction and new ways of thinking, making and doing. The project will also address the university’s deferred maintenance backlog and will significantly improve the efficiency and performance of the facility.

The Project prioritizes OCAD U’s core values of sustainability, diversity, inclusivity, indigeneity, invention, entrepreneurship and heritage. These values have underpinned the program development, design process and implementation of all project components, and are integrated throughout all stages of design thinking, stakeholder engagement, planning and project management.

Firms were chosen by a selection committee of OCADU staff and faculty who judged the submission based on their ability to reflect the university’s core values and principles. The main criteria for selection included:

Two rounds of presentations of the finalists will take place at the end of October, with the recommended architect presenting to the PRCA (Physical Resources and Capital Assets Committee) on November 10, 2016. Board approval of the contract with the architect will be finalized on December 5, 2016.

For more information about Creative city campus you can visit the website at http://www.ocadu.ca/creativecitycampus or contact Robin Buxton Potts at rbuxtonpotts@ocadu.ca.