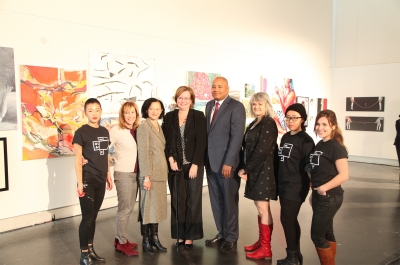 Ontario has launched a $2.25 million Creative Engagement Fund, which will partner Ontario artists and advocates to help prevent sexual violence. They will challenge norms and change attitudes about sexual violence and harassment through artistic projects.
The Creative Engagement Fund will support artists in provoking dialogue and action on issues such as sexual consent, rape culture and misogyny. Artists should apply now through the Ontario Arts Council, who will administer the fund. The artistic projects may include any type of creative expression - performance, writing, music, photography, theatre, videos, online engagement, installation, painting, graffiti arts, murals and traditional Aboriginal arts.

The Creative Engagement Fund is part of It's Never Okay  - Ontario's Action Plan to Stop Sexual Violence and Harassment. The plan will help change attitudes, improve supports for survivors and make workplaces and campuses safer and more responsive to complaints about sexual violence and harassment. It will help ensure that everyone in the province can live in safety and is free from the threat, fear or experience of sexual violence and harassment.

Fifteen per cent of the Creative Engagement Fund is dedicated to supporting Aboriginal projects.
To date, Ontario’s #WhoWillYouHelp public awareness campaign has reached over 83.5 million people around the world.
Ontario is also supporting public education campaigns across Ontario’s education sectors, including Draw-the-Line/Traçons-les-limites and It Starts with You. It Stays With Him/ Ça commence avec toi. Ça reste avec lui campaigns.

Application and guidelines for the Creative Engagement Fund

"Art doesn’t just entertain — it reflects who we are as a society. The Creative Engagement Fund will support artists as they create projects that confront deeply entrenched beliefs and stereotypes and shed new light on issues of sexual violence and harassment in communities across Ontario. To successfully challenge rape culture, we all have a role to play. We must use every tool at our disposal in putting an end to sexual violence and harassment in our province."
— Kathleen Wynne, Premier of Ontario

"Artists have challenged deep-rooted beliefs for centuries, often making us confront hard truths about our society. Through the Creative Engagement Fund, we want artists to use their creativity and skill to approach challenging topics like sexual assault, harassment, consent and rape culture."
— Tracy MacCharles, Minister Responsible for Women’s Issues

"Art can fuel ideas on important issues and be a powerful tool to achieve positive social change. I’m proud that our government is supporting Ontario’s artists through the Creative Engagement Fund and I look forward to these creative projects that will add to the conversation on preventing sexual violence."
— Michael Coteau, Minister of Tourism, Culture and Sport

"The arts can inform, provoke and hold a mirror to society. The collaborative projects that will be supported by the Creative Engagement Fund will bring together artists, communities and the people who work to prevent sexual violence and harassment to help transform attitudes and behaviours."
— Rita Davies, Chair, Ontario Arts Council 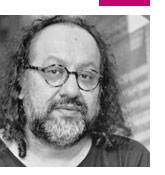 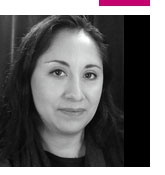 Co-Presented by Latin American-Canadian Art Projects (LACAP) and the Office of the President, OCAD University

JOTA CASTRO was born in Yurimaguas, Peru and cur­rently lives in Brus­sels, Bel­gium. Jota Castro is a contemporary artist who explores themes of social and political conflict through the mediums of photography, sculpture, video and installation. He curated and par­tic­i­pated in the event col­lat­eral to the 55th Bien­nale of Venice 2013 Emer­gency Pavil­ion: Rebuild­ing Utopia, took part in the col­lat­eral event to the 54th Bien­nale of Venice I Miss My Ene­mies, curated by Oxana Maleeva, and the 53rd Bien­nale of Venice 2009, The Fear Soci­ety, Pabel­lón de la Urgen­cia. He also par­tic­i­pated in the Bien­nale of Tirana, Prague and Kwangju, Korea win­ning the award at the lat­ter in 2004. Castro’s most recent exhibitions include: Gemut­lichkeit, at Gal­le­ria Umberto di Marino (2013); Trame curated by Mas­simo Minini, Ste­fano Rai­mondi, Mauro Zanchi, in the Basil­ica di Santa Maria Mag­giore, Berg­amo; Tell me whom you haunt: Mar­cel Duchamp and the con­tem­po­rary ready­made curated by Mario Codog­nato, Blain Southern, Lon­don; solo exhibition Aus­ter­ity Über Alles at Galerie Bar­bara Thumm, Berlin; Una Sto­ria Con­tem­po­ranea, Gal­le­ria Mas­simo Minini, Bres­cia; I West End? Museum on the Seam, Jerusalem; among many others. In 2011, he curated Dublin Con­tem­po­rary Ter­ri­ble Beauty: Art, Cri­sis, Change & The Office of Non-Compliance, along with Chris­t­ian Viveros-Fauné. Jota Castro is a political science graduate, former student of the College of Europe in Bruges who worked for the UN and the EU. He has devoted himself completely to contemporary art for the past 17 years.