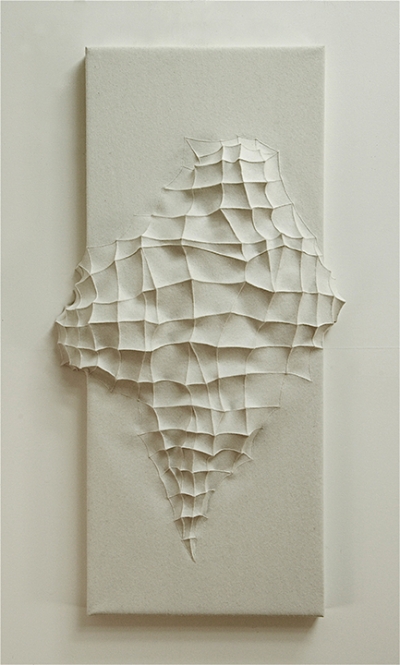 Material Art & Design Faculty Chung-Im Kim and Pam Lobb have a two person exhibition at the Durham Art Gallery in Durham, Ontario. The opening is on Saturday May 21st from 2:00 pm to 4:00 pm. 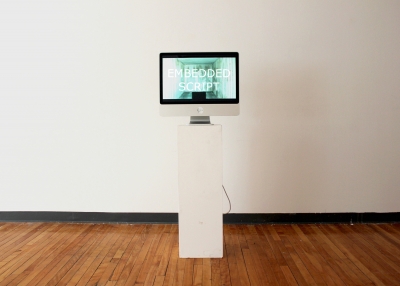 Embedded Script is an exhibition of recent works, including interactive/immersive installations, experimental web art and a multi-day machine performance. These works each represent both an exploration of and an experimentation with the Human/Computer relationship. While addressed in its full, globalized context, the selected works will engage this relationship at the scale of the individual user and device. Global infrastructures, intersections between technology and nature, the role(s) of digital mapping and other contemporary themes will be explored, presented always as they relate to the daily lived experience of our post-internet world. 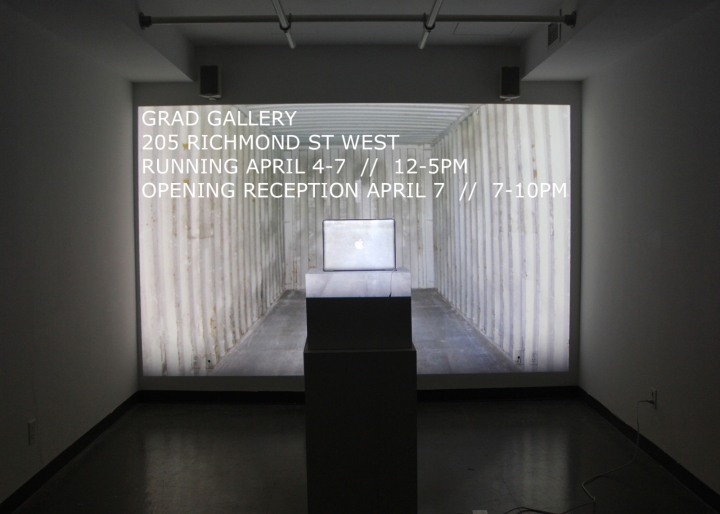 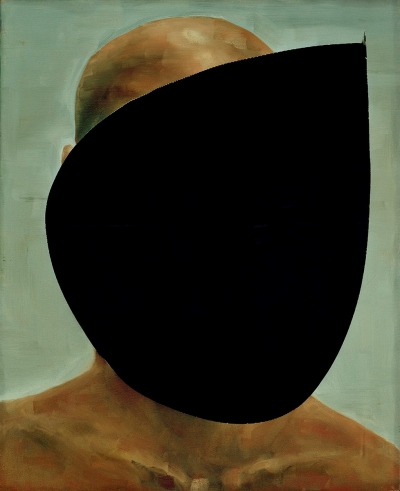 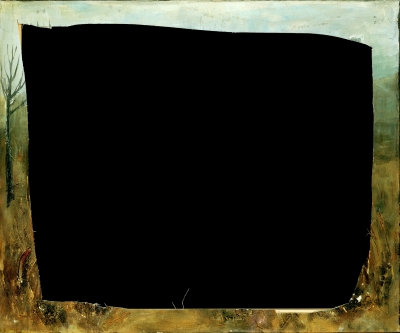 April Hickox will present new works from Providence Unknown, part of seven interlocking bodies of work that explore providence, authorship, and the structures in place for the teaching of art.

This series begins to question how we determine what is “art” ... the final product that artists present to the world ... what has value in the cultural market ... and what remains unseen within the artistic process. Provenance Unknown will be paired with new works by James Gardner.

Opening reception: Friday, February 12, 6:00 PM
April Hickox be in attendance on the following afternoon, Saturday February 13, from 2:00 PM to 5:00

Balls out confidence is needed to make art work an aesthetic event. In saying “balls out,” Curator Lisa Deanne Smith isn’t referring to a macho practice, but to the origin of “balls out” which refers to running a steam engine train at maximum speed via a governor or a speed limiter — when going full out without crashing, the balls rise to the top. It is this kind of confidence and balance found in the work of artists Karen Lofgren, Vanessa Maltese and Jillian McDonald in No Dull Affairs. The relationships they create with their materials, site and audience are bold.

All of the work in No Dull Affairs references historical predecessors, seduces with craftsmanship and ultimately includes the viewer in its completion, creating a moment difficult to pin down with language without making it disappear — a balls out balancing act.

Karen Lofgren is a Toronto-born Los Angeles-based artist who received her MFA from CalArts and an AOCAD from OCAD University. Solo exhibitions include Machine Project, Pitzer Art Galleries, Los Angeles Contemporary Exhibitions, royale projects : contemporary art and Armory Center for the Arts. Group exhibitions include Los Angeles County Museum of Art, High Desert Test Sites and Human Resources for Pacific Standard Time. Her work has been featured in Artforum critic’s picks, LA Weekly, and the LA Times, as well as books, catalogues, and album covers. Awards include Canada Council for the Arts and Durfee Foundation grants.

Vanessa Maltese lives and works in Toronto and holds a BFA from OCAD University. The National Winner in the 2012 RBC Canadian Painting Competition, she has presented two solo exhibitions at Toronto's Erin Stump Projects. Maltese will soon be exhibiting in a group show at Wil Aballe Art Projects in Vancouver.

Jillian McDonald is a Canadian artist living in New York. Her work was featured in a 2013 radio documentary by Paul Kennedy on CBC's Ideas, titled Valley of the Deer; has been reviewed in publications including The New York Times, Art Papers, The Globe and Mail, The Toronto Star, and Border Crossings; and appears in several books including Better Off Dead edited by Sarah Juliet Lauro. In 2012 she represented Canada at the Glenfiddich international residency in Dufftown, Scotland.

Lisa Deanne Smith is engaged in a cultural practice that moves between multiple mediums — art, events, curation, writing and arts administration — exploring issues of voice, experience and power. Recent curatorial projects at Onsite [at] OCAD University include Ads for People: Selling Ethics in the Digital Age and I Wonder by Marian Bantjes. Presented with support from Glenfiddich Single Malt Scotch Whiskey. 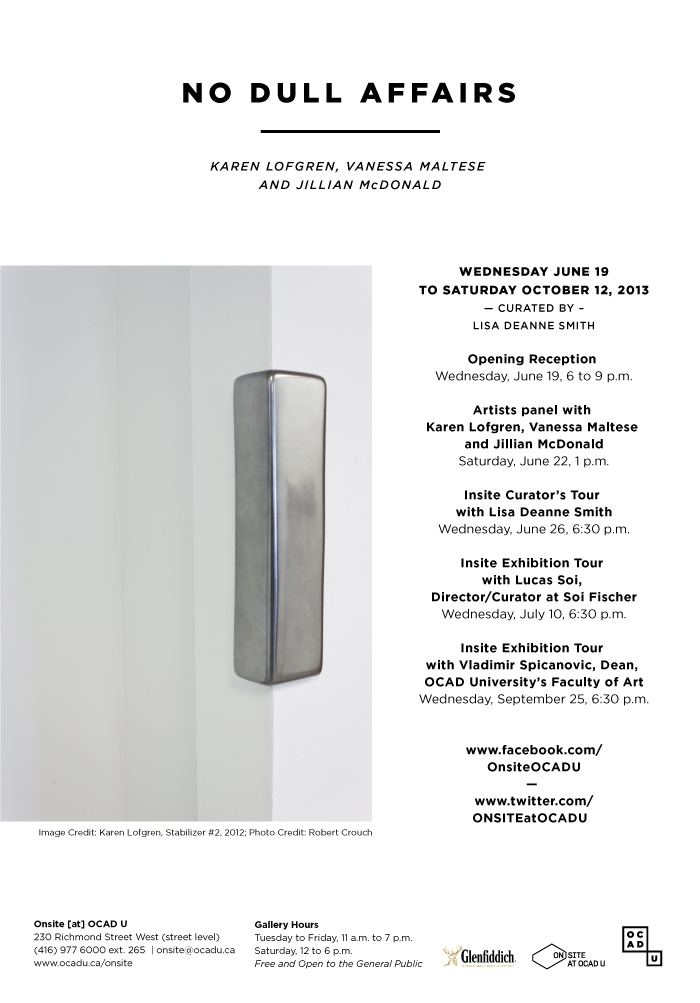 ‘In Series’ is an exhibition that explores the material consequences of repetition. Looking beyond traditional notions of what is unique and mass-produced, it aims to show a range of scales, sizes, mediums, and techniques; the possibilities of repetition affecting change (e.g. transformation, variations, new results); and the subtlety of repetition that can produce something that appears to be the same. It asks what can result from a repeated action, pattern, or process. 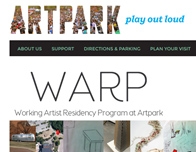 Ryan Pechnick (MFA '16) was selected as the representative for OCAD U at the WARP program. During his time in Lewiston he created a large sculptural project with scorched wooden timbers arranged in a semi-circle, in addition to several “wrapped” boulders with burlap and rope throughout the park. The projects created by Ryan and the other WARP student-artists will remain on-view through to Fall 2015 and possibly beyond. Reflecting on his work at the closing, Ryan remarked that the project was “the best thing [he’s] ever made”.

Founded in 1974 in honour of Robert Smithson, Artpark is a 150-acre parkland which features year-round arts programming. The WARP program was initiated in 2015, allowing 5 MFA candidates from Yale, SUNY Buffalo, Virginia Commonwealth University, OCAD University, and RISD to take part in an immersive 3-week residency where the student-artists lived in the community and created public projects on the Artpark grounds. This was a fully-funded program, with room/board, transportation, materials, artist assistant/technician support fully covered.

Our popular Western notion of femininity is largely determined by the male gaze. Femininity has long been equated with female attractiveness as defined by heterosexual male desire, which requires women to control many natural signs of their post-pubescent, fertile bodies including body hair, menstrual blood and weight fluctuations. This is problematic because it puts women in the subordinate position and suggests that female sexuality is something that should be managed, distrusted and feared. As a consequence of this ideology, women are often relegated to the realm of adolescence. The media celebrates the skinny female body, in part, for example, because of its likeness to an immature, unthreatening, girlish figure. This destructive culture of fear is the gynophobic landscape. This exhibit offers an alternative, the gynolandscape, which celebrates female sexuality and the power of women’s bodies. Period Piece questions the current ideology of femininity and recasts women in positive/dominant roles. The works in this show are produced by international female artists whose practices demonstrate their struggle with female identity and sexuality. 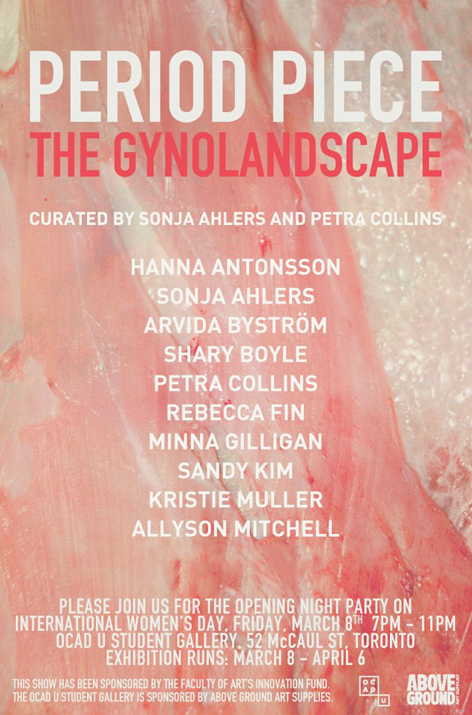