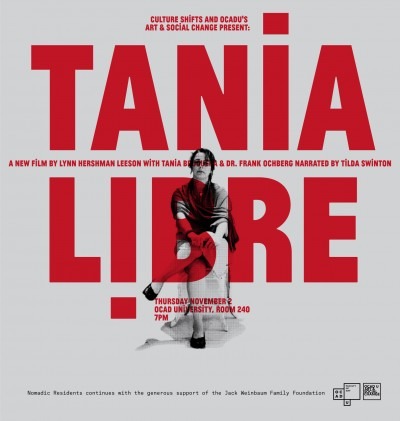 "Dr. Frank Ochberg is a psychiatrist and trauma specialist in New York. His specialty is post-traumatic stress disorders and Stockholm syndrome. The famous Cuban artist Tania Bruguera, after having been a prisoner of conscience in Cuba for eight months, is accused of treason for the preparation of a government-critical performance. In a conversation with the therapist, she analyzes the revolutionary potential of art and a censorship authority that intervenes before the actual genesis of the work. Performance art, with its short-term, spontaneous and ephemeral element Bruguera can not be discouraged; six months after her release, she invites artists from all over the world to Cuba." (Berlinale Nighttalk, Radio Eins)

Artist/Activist Tania Bruguera is the 2017 Nomadic Resident at OCAD University from Nov. 6 to 10, 2017. Throughout the weeklong residency, Bruguera will conduct workshops and talks to engage students, faculty and communities at OCAD U. 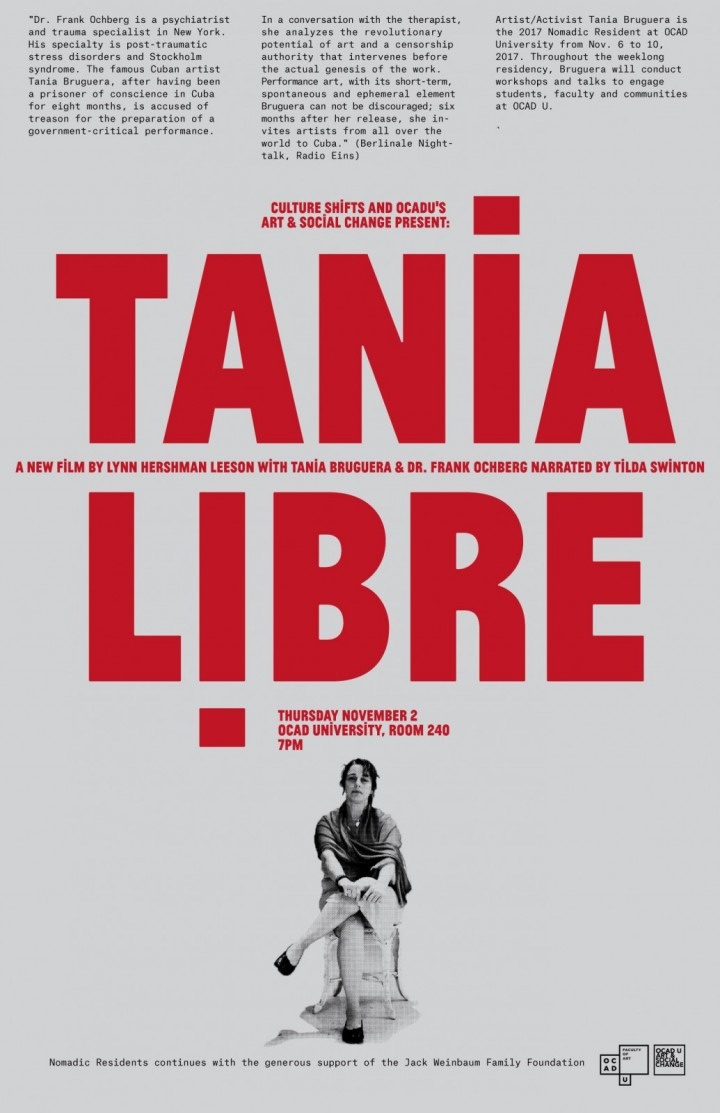 The influence of trends is undeniable in contemporary culture, but rarely are its implications fully fleshed out. How can a trend mobilize or call others to action? As scholarship in contemporary art, design and new media becomes increasingly focused on networked lives, the digital platforms through which we communicate, interact, and share information demand academic and social inquiry.

Our keynote speaker for #trending: mobilizing art and culture, is Janaya Khan. Janaya is a black, queer, gender-nonconforming activist, staunch Afrofuturist, social-justice educator and boxer based in Toronto. http://janayakhan.com/black-lives-matter/

Please visit http://cadnconferenceocadu.blogspot.ca/ for further information, or https://www.eventbrite.ca/e/trending-mobilizing-art-and-culture-tickets-20946120410 to register. 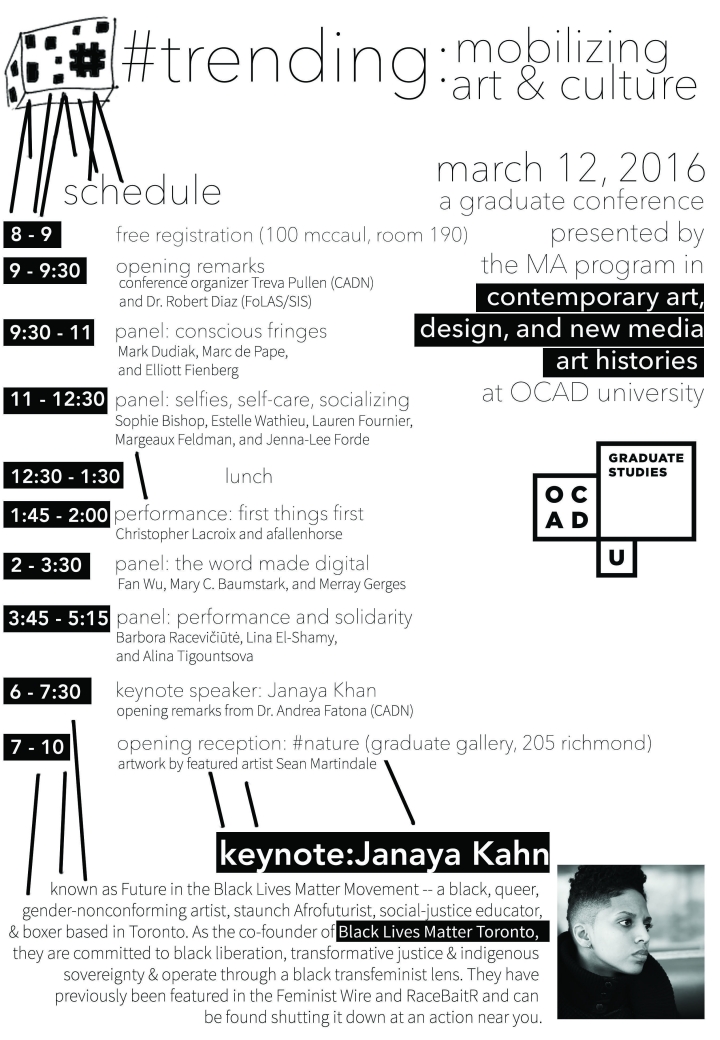