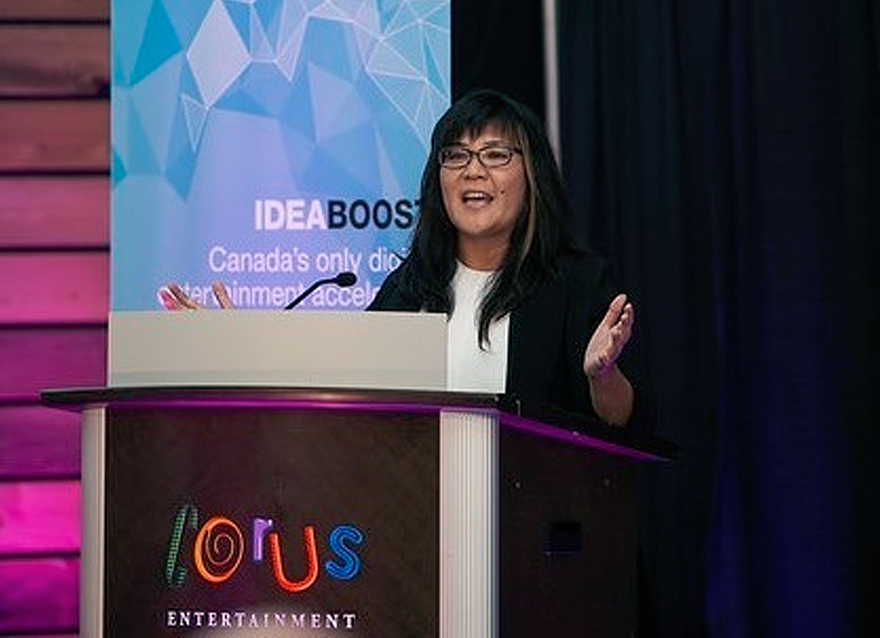 Nominate Your Prof for a Teaching Award at OCAD U!

Now is the time to nominate your favourite prof for a teaching award at OCAD University!

Join your fellow students in acknowledging the dedicated work of our finest faculty – the ones who have made a difference in your education. Nominations are now open for the 2016 Teaching Excellence Awards and will be received until the deadline of February 29, 2016.

Nominate your prof now by clicking the link below:

The results will be announced on the OCAD University website in April, 2016, and the winners will be invited to be recognized at the University’s Convocation Ceremony on June 10, 2016. 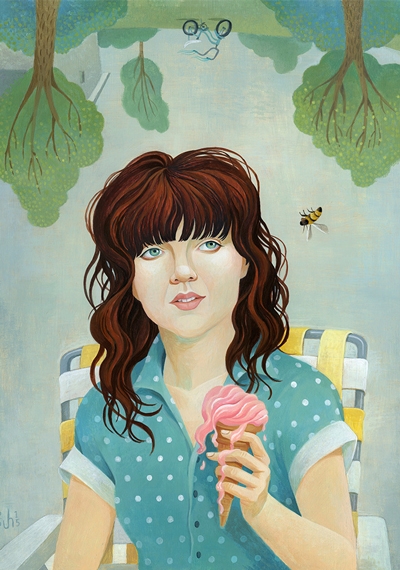 Jody Hewgill’s portrait of Courtney Barnett was recently honoured with an Award of Merit by the Society of Illustrators. The picture appeared in Rolling Stone (March 26, 2015) alongside a review of the Australian singer’s album Sometimes I Sit and Think, and Sometimes I Just Sit. Hewgill’s work is currently on display as part of the Illustrators 58 exhibition in New York City.

“I wanted this portrait to reflect Courtney’s gift for turning seemingly mundane subject matter into humorous and clever lyrics,” says Hewgill, an assistant professor in OCAD University’s Faculty of Design. “I chose to illustrate the background scene upside down to reflect her clever observations and unique perspective on the world around her. It’s also a nod to her hometown, Melbourne, which is on the opposite side of the planet from us.” The painting – acrylic on wood panel – measures 10” x 16”.

This is far from Hewgill’s first pop-culture commission. She has been working with Rolling Stone for 15 years and, in 2015, Hewgill received a gold medal from the Society of Illustrators for her painting – Before Midnight – commissioned for Entertainment Weekly. 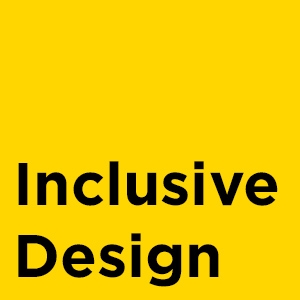 Doaa Khattab (MDes ’15), an alumna of the Inclusive Design graduate program at OCAD University, is a recipient of the first Design Research Award, presented in conjunction with the Interior Designers of Canada and Milliken.

This award recognizes individuals who have demonstrated excellence and innovation through interior design research.

Her work on inclusive wayfinding for visually impaired shoppers in grocery stores was selected for its potential impact on the human experience, and relevance to the profession.

The award was presented at the IDC’s 43rd Annual Meeting in Winnipeg, Manitoba on September 11, 2015. 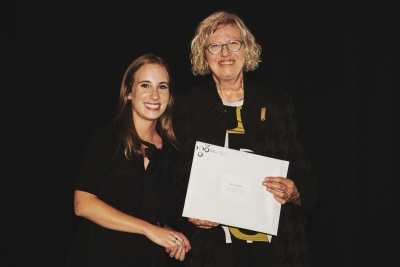 OCAD University Professor Emerita Beth Alber is the 2015 recipient of Craft Ontario’s John and Barbara Mather Award for Lifetime Achievement. This is one of the most prestigious markers of exceptional commitment to the development of craft in Ontario.

Alber is a celebrated master maker, in both silversmithing and public art. She is also an influential instructor and mentor who began teaching at the Ontario College of Art in 1979. From 2002 to 2009, Alber served as chair of OCAD U’s Material Art & Design program. She was appointed associate dean of the Faculty of Design in 2010 and, after 33 years of service, retired from OCAD U in 2012.

A member of the Royal Academy of Art, the Society of North American Goldsmiths, Women’s Art Resource Centre and CARFAC, Alber has exhibited her work widely across Canada. Her best known project is the commission of public art for the Women’s Monument Project in Vancouver, BC. Alber served as a board member at the Ontario Crafts Council from 1986 to 1988 and 1995 to 1997, and was president of the Metal Arts Guild of Ontario from 1985 to 1987.

Since 1981, the John and Barbara Mather Award has been presented to individuals who are “truly outstanding in their fields and have displayed exceptional commitment to the further development of craft in Ontario and throughout Canada.”

Hamidreza Aghashahi (Environmental Design student) and Victor Mancini (Industrial Design Student) were selected a one of the finalists, winning an award of $1,000. for the Lexus National Design School Challenge. Their winning design Diamond Motion is on Display outside of the Design Office, Room 500, 100 McCaul until December 5th. 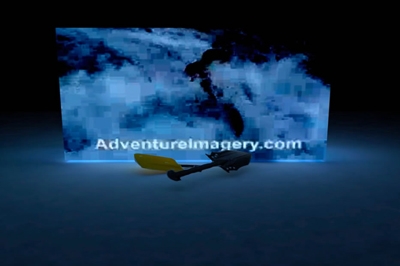 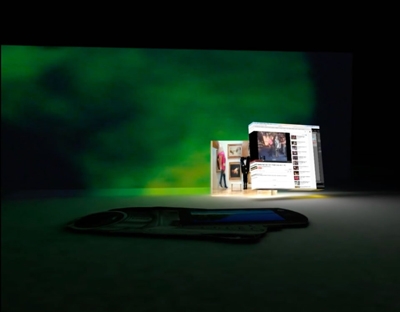 Third-year Integrated Media student Colin Rosati has won the inaugural Emerging Digital Artist Award (EDAA), sponsored by Equitable Bank. The competition’s judges agreed unanimously that Rosati’s work, Autocidal After Image, fulfilled all the award’s criteria, most notably in its relevance to “the digital” as both a technological tool and a user experience.

In addition to his studies at OCAD University, Colin is a Toronto-based multimedia artist. He works with 3D modelling, the visual programming language Max MSP, single and multi-channel video and interactive installations.

Colin received the EDAA at a reception held at the Art Gallery of Ontario’s Jackman Hall on October 30. Autocidal After Image will become part of Equitable Bank’s modern and contemporary art collection, and will be displayed in the bank’s head office (30 St. Clair Ave W., Suite 700, Toronto). From November 6 to December 12, Colin’s winning art is on view at OCAD U’s Xpace Cultural Centre. 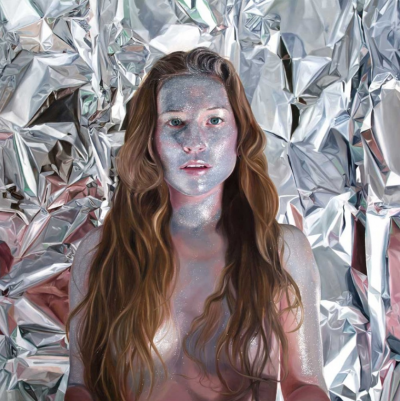 The winner of the 2015 Kingston Prize for Canadian portraiture was announced at the Beaverbrook Art Gallery on Saturday November 14. The $20,000 prize, presented by the W. Garfield Weston Foundation, was awarded by the jury to Jen Mann (BFA, Printmaking, 2009) of Mississauga, Ontario for the portrait entitled Self-Portrait as a Reflection.

Excerpt from the artist’s statement:

“The work deals with existential issues, specifically what makes something good or bad, who am I to you, and are we not the same thing inside. The painting from a distance looks hyper realistic, and in a sense it is, this realness is dealing with ideas of ‘what is reality’. When we look up close the painterly lines emerge and the piece looks more abstract, as the tinfoil devolves into geometric shapes.” Winners of the two Honourable Mention awards of $2000 each are Jessie Babin of Dalhousie, New Brunswick, and Leslie Watts of Stratford, Ontario. A total of 414 entries were received from all 10 provinces and one territory.

The Kingston Prize has been held every two years beginning in 2005. The mandate of the project is to promote excellence in contemporary portraiture and to raise public understanding and appreciation of the work of Canadian artists.

OCAD U has used funding from the program to hire Chris Landry as a Scholarly Communications Librarian/Digital Projects Curator. Landry will be involved with both scholarly communication and digital projects curation.The Residency Program Committee was impressed by how current the position was to today's academic library environment. The proposal was also particularly strong in the mentoring component of the role, as Landry will have a six-person mentoring team.

The New Librarian Residency Program provides an academic library with funding toward a new contract position. It was launched in March 2009 with the goal of enhancing recruitment of new librarians in an academic or research environment.

Through this program, college and university library administrators can apply for funding toward the salary of a new librarian for a minimum of 10 months to a maximum of 12 months. This residency program is the first in Canada to be funded by a library association. 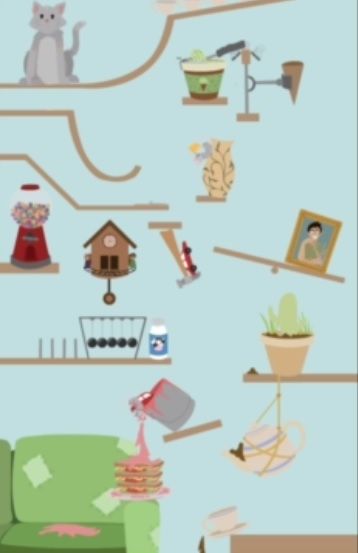 OCAD University received recognition in both the professional and student categories of the American Illustration-American Photography International Motion Art Awards.

Jon Todd, an OCAD U assistant professor in Illustration, won in the Animation – Illustration category for a stop motion animation called I am me created for McGill University Mental Health Service.

McGill University approached the animation studio Thought Café to create a video based on a series of monologues and poems written and recorded by students affected with mental health issues. The studio collaborated with Jon Todd to paint a portrait of the student with visual elements to colour her monologue. The goal of the project is to spread mental health awareness and education.

This is the fourth edition of the International Motion Art Awards, which celebrate photographers, illustrators and designers who make their work move in all media.