Are you a student-led start-up or have an innovative idea? On Nov 3, showcase and pitch your idea at InnovateTO150 -- FREE + open to all students!

A Canada 150 Project presented by:

“mapping a 50 kilometer loop on the rugged coastline of eastern Canada; situated in historic outport communities of Newfoundland; stimulating exploration and imagination”

A project of 2 Rooms Contemporary Art Projects, Bonavista Biennale 2017 is supported by the Canada Council for the Arts, the Government of Canada150 Fund, the Newfoundland Arts Council and the Atlantic Canada Opportunities Agency, Fishers Loft, corporate sponsors, local businesses and individual donors.  Bonavista Biennale 2017 has been selected as one of Canadian Art magazine’s “20 Shows We Want to See In 2017.”

Website launch and Artist names will be released in the coming weeks.

Come explore with us! 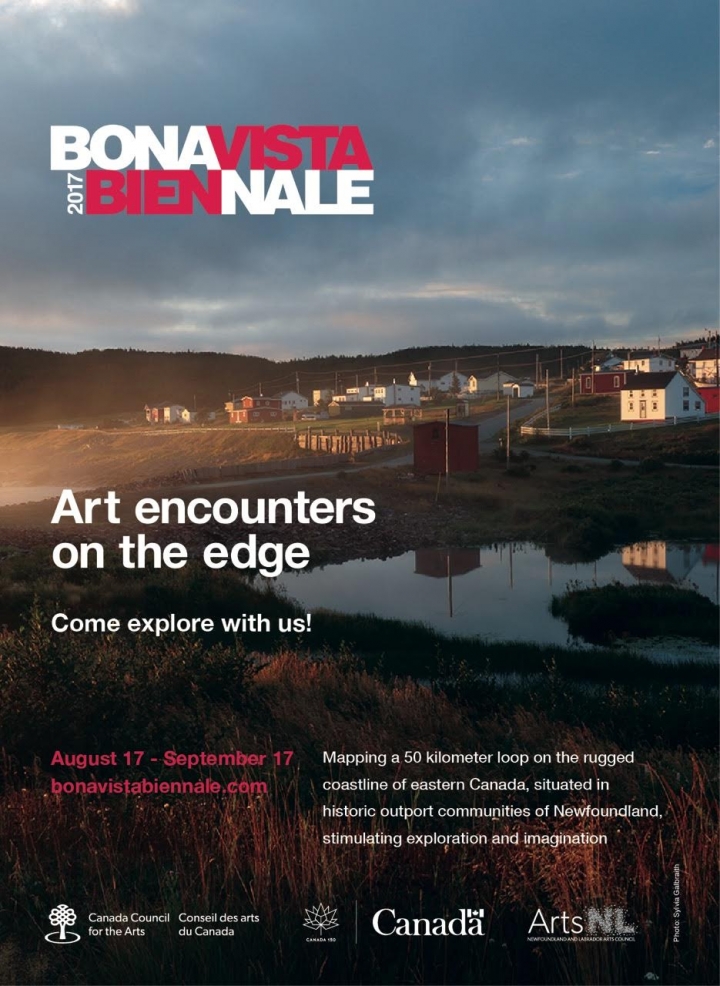