Stamps that skate and slither

Canadians’ love of hockey is a defining national trait. Our passion for blades, ice, sticks and pucks stretches even as far as the postage we use to mail our letters. 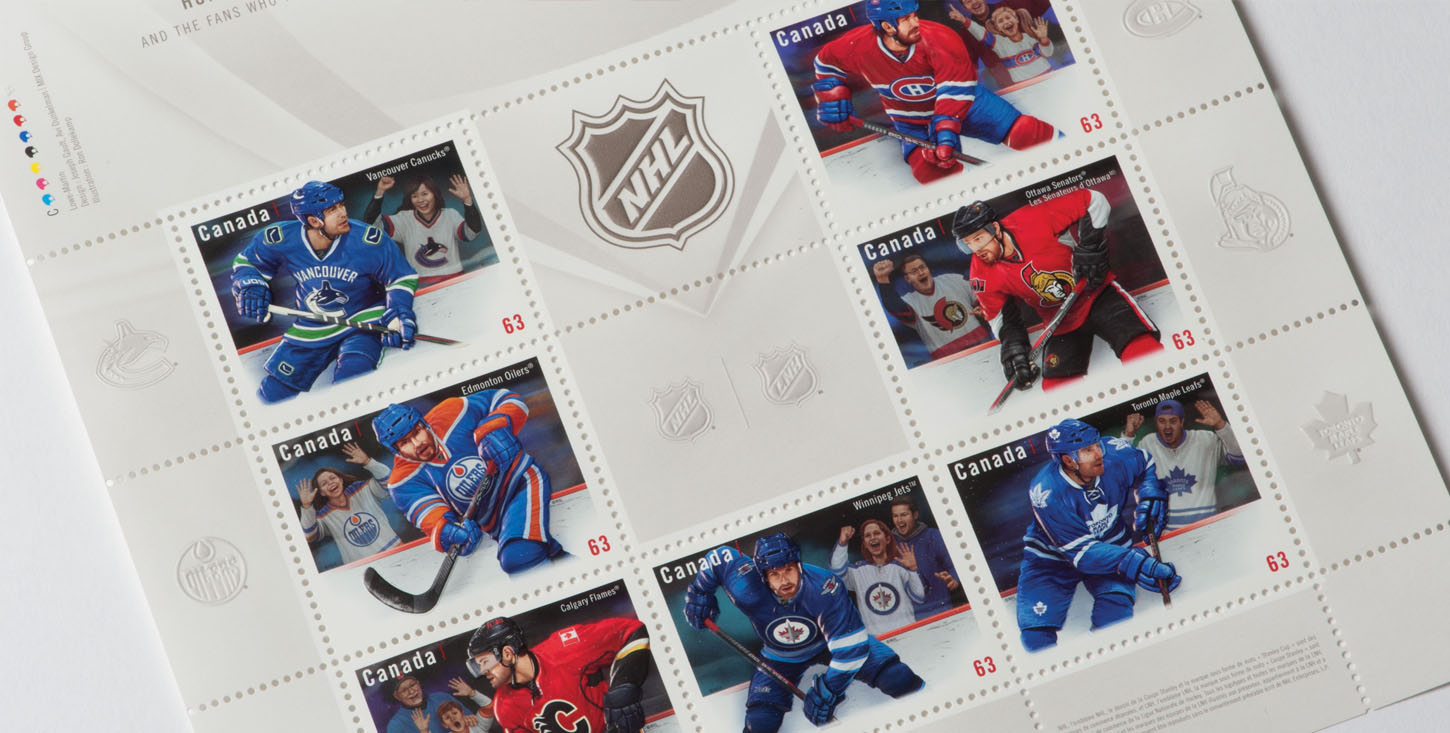 Legends of the rink

In 2012, OCAD University Faculty of Design professors Avi Dunkelman and Joe Gault — co-founders and partners of Mix Design Group — were commissioned by Canada Post to design a series of hockey-themed stamps leading up to the 100th anniversary of the National Hockey League® (NHL). Over the course of five years, that commission will total nearly 70 different stamps, including commemoratives, souvenir sheets (about the size of a hockey card) and coils.

Canada Post issued the duo’s first NHL stamps on Sept. 3, 2013. They illustrate jerseys worn by seven Canadian teams, including the Montréal Canadiens, Ottawa Senators and Toronto Maple Leafs. Year 2 — 2014 — saw stamps featuring legendary defencemen from the Original SixTM era — stars such as Bobby Orr and Tim Horton. In fall 2015, Dunkelman and Gault’s work highlighted great Canadian goalies. Among the heroes are Tony Esposito, Martin Brodeur and Gump Worsley. Themes for the final two years have been chosen, but the designers are keeping the lid on their work until the stamps launch publicly. 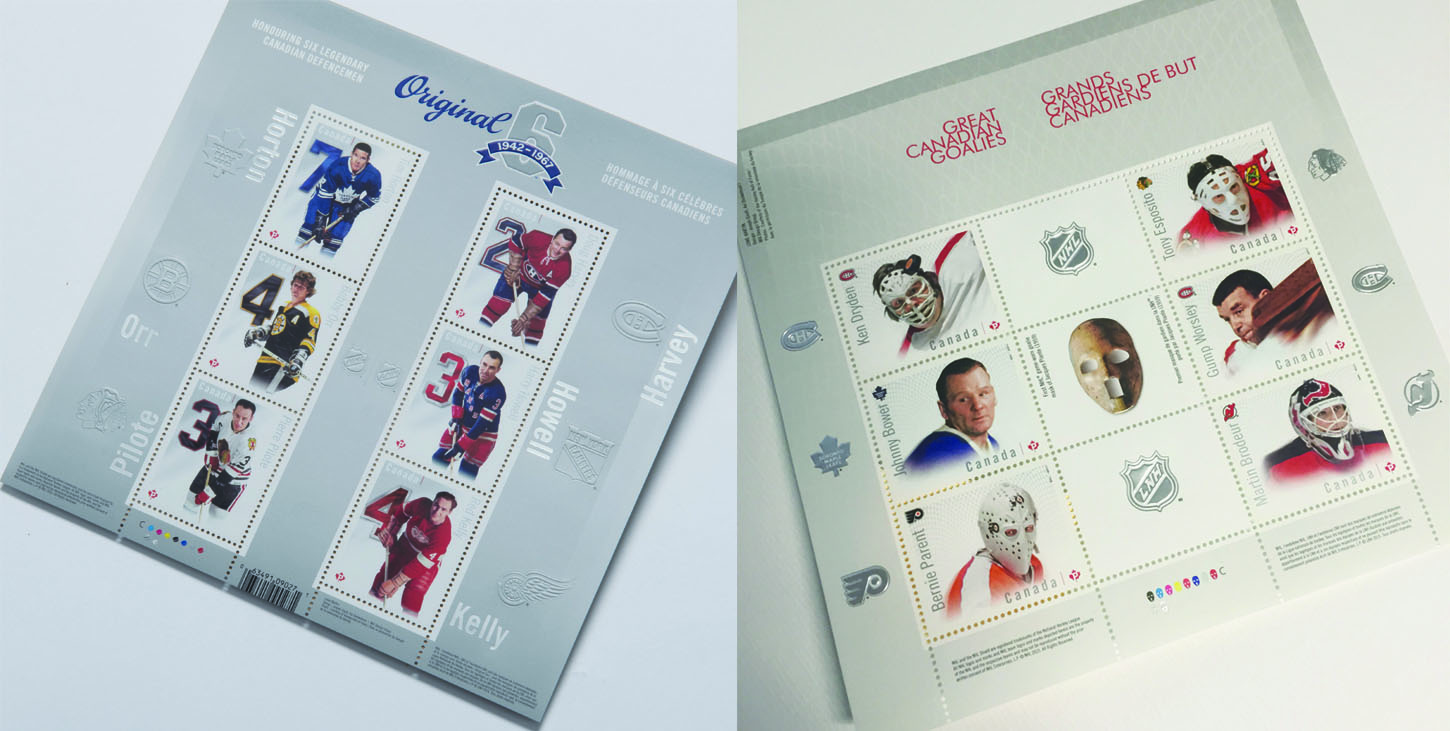 Dunkelman and Gault’s first foray into the world of stamp designing actually began a year before they skated their way into hockey-themed design history. 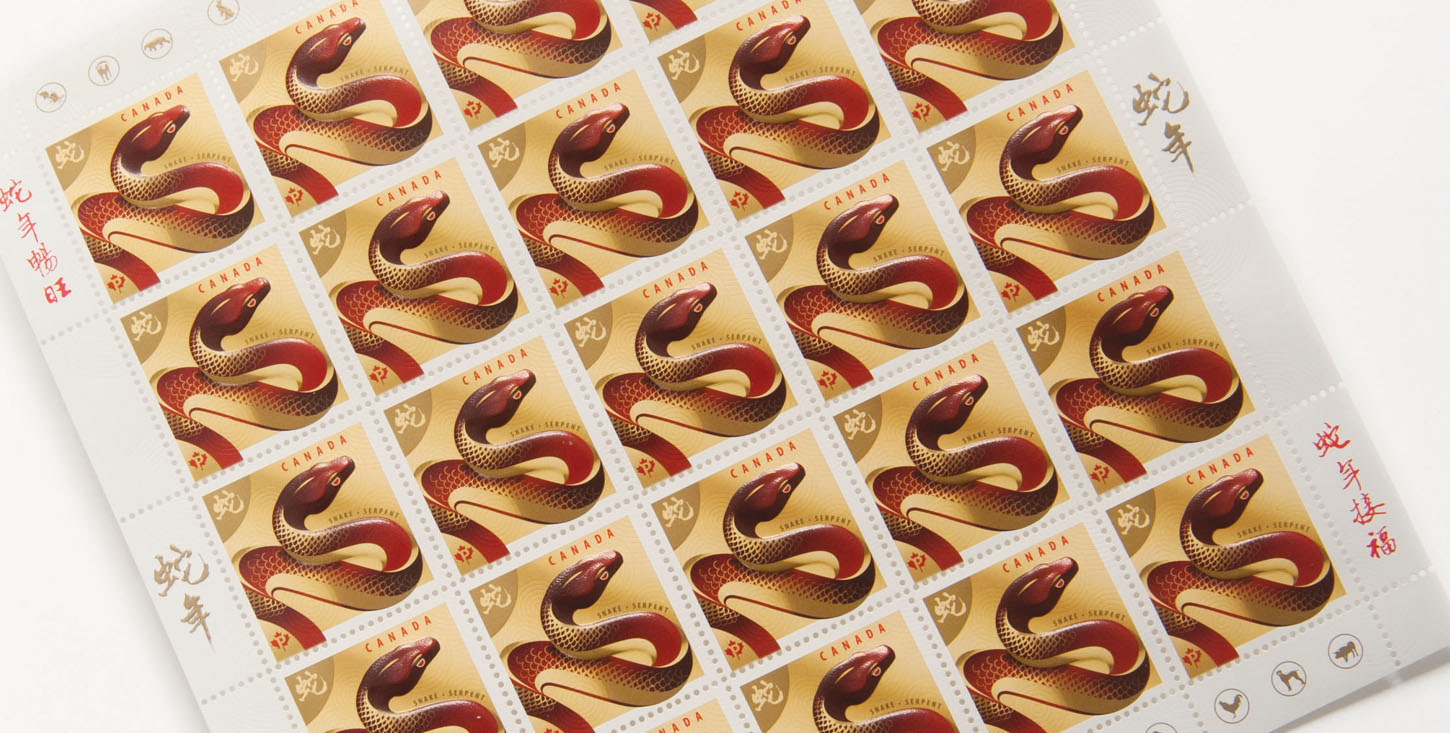 In 2011, they won a Canada Post competition to create stamps honouring the Asian lunar zodiac’s Year of the Snake, which began on February 10, 2013. Through extensive research into Chinese cultural symbolism, Dunkelman and Gault created — with the help of calligrapher Tan Chao Chang — stunning Year of the Snake stamps. “Not every project gives you an opportunity to design using seven colours, two foils and embossing,” Gault notes. “In Chinese astrology, snakes love luxury, and that’s an element we sought to slither in to our water-snake design.”

In a short video, Dunkleman and Gault talk about their careers and collaboration, and share details about their NHL and Year of the Snake projects.

The Year of the Snake stamps have met with international acclaim. They nabbed second place in a competition organized by the Chinese Shengxiao (Zodiac) Philatelic Society (China took first prize); a Certificate of Merit from the Premier Print Awards; and second place at the 2015 Vienna International Stamp Exhibition. 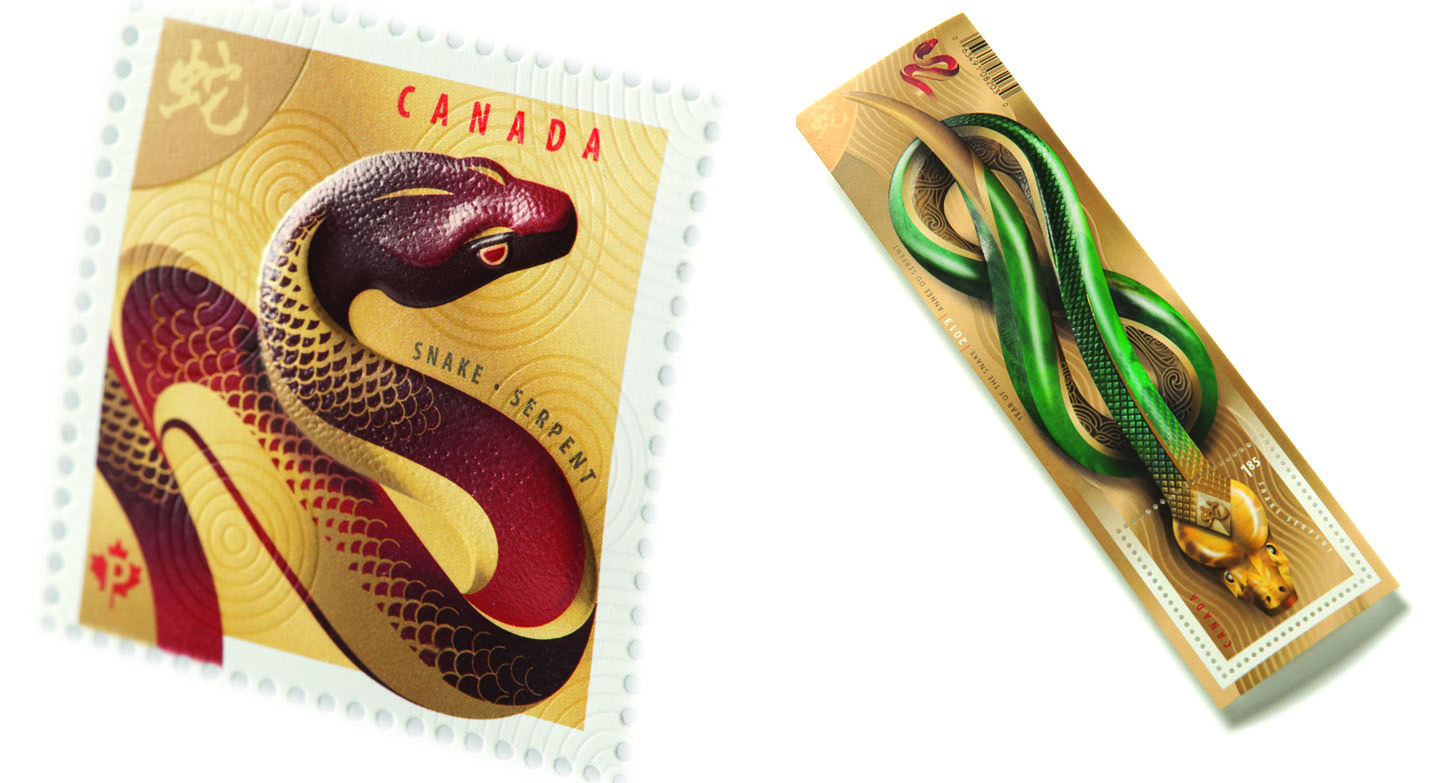