We invite you to join the the Faculty of Art in welcoming Isaac Julien as the inaugural artist in residence for the Jack Weinbaum Family Foundation Global Experience Project.

What are the techniques used to display video in gallery spaces and what are visitors’ reception habits for the moving image? In Isaac Julien’s TEN THOUSAND WAVES (2010) the spectator enters the work’s space, moves in between screens and selects perspectives. The act of spectating is rendered visible by making the audience part of the installation. While an exhibition can be a space for critical reception, the usual modes of presentation for video works tend to evoke cinema spaces and position audiences in the role of passive beholders of the image. How can the space of presentation be a tool for immersion but also create a critical distance and implicate an active audience?

“In the closed space of cinema there is no circulation, no movement, and no exchange. In the darkness, spectators sink into their seats as though slipping into bed… this model is broken apart by the folding of the dark space of cinema into the white cube of the gallery."   Michael Snow on La Région Centrale

Isaac Julien is a Turner prize nominated artist, photographer and filmmaker. He was born in London in 1960, where he currently lives and works.

Julien participated in the 56th Biennale di Venezia and worked closely with its curator Okwui Enwezor (2015). He has exhibited his work in major museums and institutions across the world including “Ten Thousand Waves” at Museum of Modern Art, New York (2013-2014), which is currently exhibited at Fondation Louis Vuitton in Paris (2016). In 2015, Julien had a retrospective at the Depont Museum (Tilburg, the Netherlands). In 2016, he showed “Playtime” and “Kapital” at El Museo Universitario Arte Contemporáneo in Mexico City and recently had a solo photographic exhibition titled "Vintage" (Jessica Silverman Gallery, San Francisco) displaying his photographic oeuvre from the 1980's and his seminal "Looking for Langston" series, which is also included in “Made You Look”, at The Photographers' Gallery.

Julien’s work is included in the collections of institutions around the globe. In 2013 MoMA published RIOT, a monographic survey of his career to date, featuring his films, photographic and installation works over the period.

Julien is currently producing a new work that is a poetic meditation on aspects of the life and architecture of Lina Bo Bardi. The first chapter of this work, “Stones Against Diamonds”, was shown during 2015's La Biennale di Venezia, Art Basel and Art Basel Miami Beach. Amongst forthcoming exhibitions, “Western Union: Small Boats” will be part of “Protest” exhibition at Victoria Miro Gallery (fall 2016). 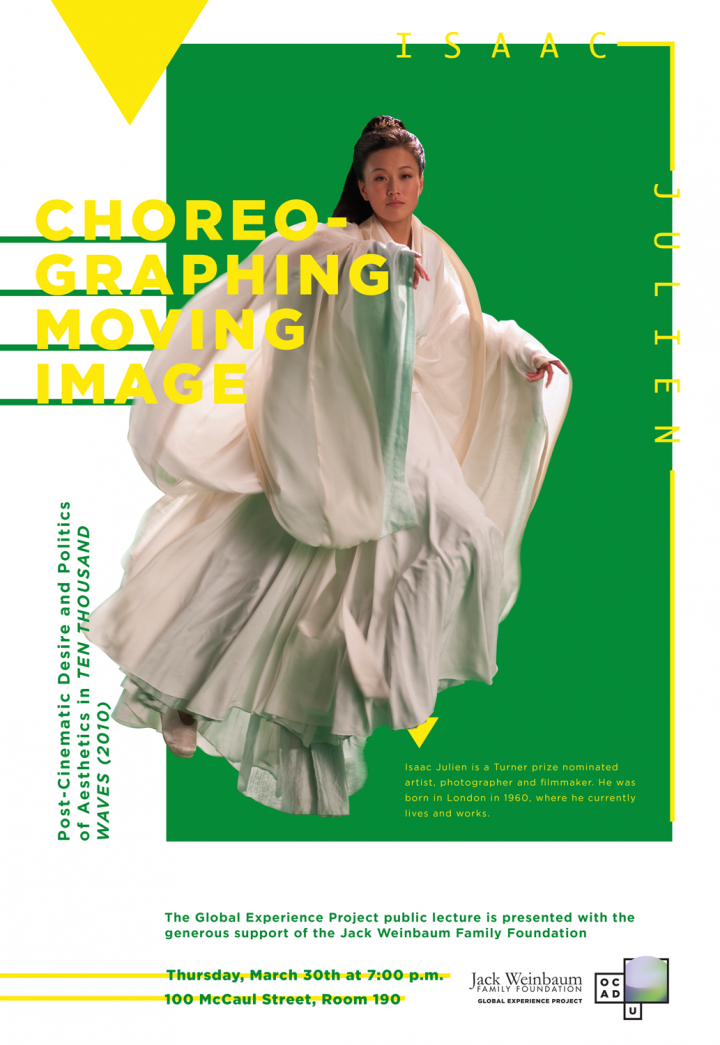