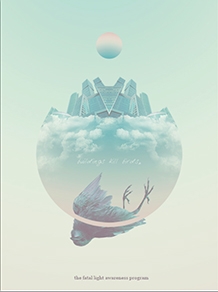 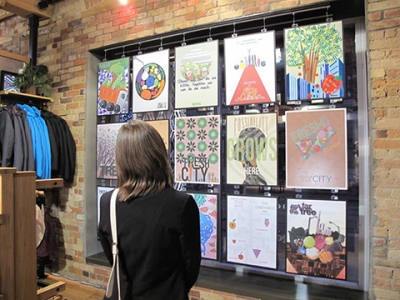 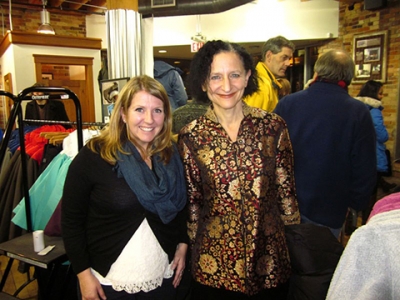 As part of the competition, 70 first-year students from OCAD U Design instructor Linda Montgomery’s Colours in Context course chose a community environmental organization to feature and created a colourful poster for it. After launching with an exhibition opening on December 5, the posters were on display at the Patagonia Toronto store on King Street West throughout the busy holiday shopping season. Exhibition attendees and customers voted on their favourite posters, and Kua’s poster was selected on December 31 as the people’s choice.

The poster competition was developed by Montgomery together with Andrea Reekes, store manager, and Blaine Van Bruggen, media relations, at Patagonia Toronto as a partnership project. Reekes and Van Bruggen got in touch with Montgomery after talking to contacts at Stop the Mega Quarry, who worked with Montgomery on a design competition last year. The Patagonia team wanted to draw attention to the local environmental causes it supports and suggested organizations the students could work with. Montgomery developed the Colours for Conservation concept, which other Patagonia stores are now talking about incorporating into their community environmental activities.

The overall goal of the competition was to inspire young designers and illustrators to use their talents to communicate urgent environmental issues. “The students have been fantastic,” says Reekes. “We got to go into their classes and talk to them about the organizations and they were so interested in community conservation and sustainability.”

Of course a significant part of the competition was applying the colour theory the students were learning into practice. “Ecological colour research played a key role in this project,” says Montgomery. “It was a natural extension of what the students were learning in class, and at the same time it was an excellent way to connect them to organizations in the community as ecological ambassadors.” Montgomery, who brings more than 20 years of experience as an illustrator to her role, also walked the students through the process of contacting an organization, learning about it and working on a design concept step-by-step.

In addition to FLAP, the student work represented a wide range of groups, including Friends of the Rouge Watershed, Not Far From the Tree, The Waterfront Regeneration Trust, Project Canoe, Fresh City Farms, and Lake Ontario Waterkeepers.

The posters will be on view again at the Green Living Show in April, as well as the Brickworks in May.