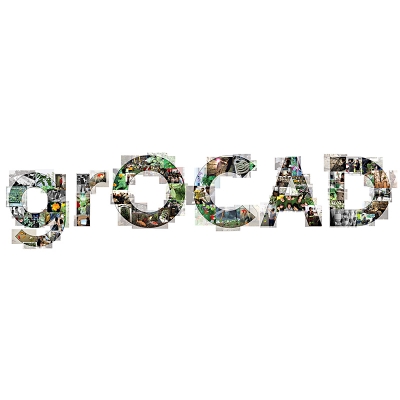 grOCAD Exhibition is the latest installation in the Learning Zone. This exhibition highlights grOCAD’s explorations, workshops and on-campus installations focusing on urban agriculture and sustainable practices since the group’s inception in 2011.

grOCAD is one of OCAD University many diverse student groups on campus, with an active interest in community building through plant life.

On exhibit are a small series of colour prints of concept drawings illustrating the creative process behind the works installed on campus, or exhibited at gallery shows. Projects include the Pedal Farm Exhibition, Living Wall, 3rd iteration of Windowfarm, Moss Exhibition, and raised planters constructed during O-days.

The Learning Zone is wheelchair accessible with two Gender-Neutral washrooms.. 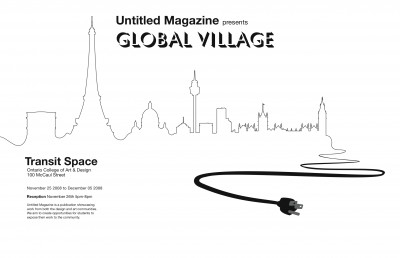 Untitled Magazine is a publication integrating works from both communities of design and art. Our focus is to help promote the works of emerging artists by publishing and also exhibiting them.

With a presentation by President Dr. Sara Diamond

The Seven Habits of Highly Intelligent Communities Summit, organized by i-Canada, will run from June 3 to 4. Held at George Brown College’s Waterfront campus, this year’s summit will explore why smaller cities like Oulu in Finland, Tallinn in Estonia and Canada’s own Stratford, Ont. made the Intelligent Community Forum’s (ICF) list of the top seven most intelligent cities in the world.

Every year, the forum creates a list of communities that creatively use broadband networks and information and communications technology to improve their citizens’ standard of living. The list starts with 21 of these intelligent communities and is later cut down to a short list of the top seven. Among Canadian contenders, the 2013 short list includes Stratford and Toronto.

Representatives from the top seven cities will be coming to the summit to explain how each of their cities represents one of the seven habits of highly intelligent communities. For example, a representative from Oulu, Finland, will give a presentation about one of the habits – “being open” – through giving its citizens access to free public WiFi throughout the city.

The summit will expand more on the seven habits of intelligent communities, but as a quick preview, these habits include being strategic, open, ubiquitous, fast, analytical, value-focused and collaborative.

Toronto’s contribution was for being fast. With the installation of an ultra high-speed, 1 Gpbs fibre network in Toronto’s East Bayfront and West Don Lands communities, businesses and residents alike will have access to a blazingly fast Internet connection, Gander says.

In a similar vein, Stratford made the list for being value-focused. Stratford, Ont. is home to roughly 31,000 people. Yet despite its size, the city garnered a spot on the top seven because it has developed information and communications technology that supports its thriving arts scene.

Other highlights of the summit include the Lac Carling 3.0 Congress, where Ontario College of Art and Design (OCAD University) president Dr. Sara Diamond will present a study on mobile devices and how they affect the relationship between governments and their citizens. Speakers will also look at the open data phenomenon and what that spells for governments looking to shape public policy.

This is the second year that Stratford has made the shortlist of most intelligent communities, while Toronto hasn’t cracked the top seven since 2005. The seven are chosen from a list of 21 cities, with Winnipeg, Man. and Kingston, Ont. also appearing on that list.