From home to battlefield (and back): One veteran’s desire to serve 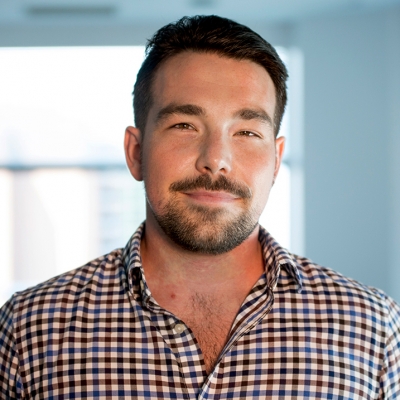 Broad shouldered, with rugged good looks and an iron-grip handshake, David Fascinato isn’t everyone’s stereotype of a graduate student. But if central casting were looking for a soldier type, that’s a different story.

Fascinato, however, is both: an Afghanistan war veteran honoured with a Queen Elizabeth II Diamond Jubilee Medal and a student in OCAD University’s MDes in Strategic Foresight and Innovation program. Recently, Fascinato shared with me some of his personal story. He also shed light on the transition from military to civilian life, and the value of veterans to organizations and society at large. 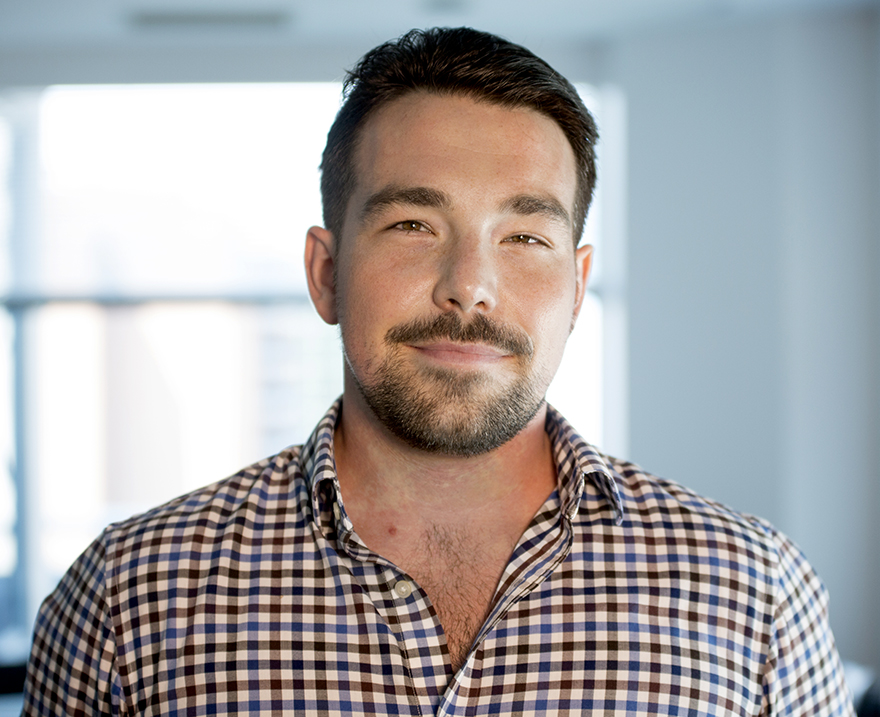 Originally from Guelph (and the son of an Italian soldier who fought in World War II), Fascinato was in the first year of his Political Science program at the University of Ottawa when he and a pal dared each other to enlist in the military. As it turned out, Fascinato was accepted, but his friend wasn’t.

So, in the summer of 2005, Fascinato became a member of the Canadian Forces Army Reserve. “Roughly four years after that wonderful dare,” Fascinato recalls, “I was on my way to Afghanistan, armed with a more profound understanding of my dad, his story and how a shared military experience might straddle 70 years to bring us closer together as father and son.”

On the front lines

Lest his motivation for military service seem a bit trivial, Fascinato is quick to point out that behind his initial youthful dare was a profound desire “to challenge myself, and to do so in the service of others.”

After completing his initial training, in 2009, Fascinato was chosen for the army’s psychological operations capability — a unit engages with stakeholders and mission-partners to deliver development and governance programs abroad. The year after that, Fascinato was deployed to Kandahar province, Afghanistan. For the next eight months, Fascinato served alongside a variety of units; among them, notably, the U.S. Army’s 10th Mountain Division. On the front lines, in the very teeth of the Taliban-led insurgency, Fascinato and his fellow soldiers sought to build and manage relations with local leaders.

“It might seem incredible, but I look back on my time in Afghanistan with great affection,” Fascinato says. “Despite the violence, despite the threat to life and limb, it was, and still is, one of the most precious and inspiring experiences I will likely ever have.”

Fascinato is quick to acknowledge that veterans are far from a homogeneous community. Nevertheless, he notes that “I have found that many ex-service personnel share an overwhelming desire to serve, to do something of value for others in a selfless, and self-effacing, manner. This attribute seems woven into almost every member of the military, regardless of rank or role, or number or location of deployments.”

Upon returning from his two-year “sabbatical” to train and deploy to Afghanistan, Fascinato completed his undergrad studies at University of Ottawa and then moved to Toronto, where he found work as an account coordinator with a public relations firm. A number of other positions — paid and volunteer — followed in different industries.

But it did not take too many years for Fascinato to realize that maximizing his potential to serve others within a “civilian career” necessitated further learning. “It’s a competitive job market and, while I didn’t lack the experience, I lacked official accreditation as a way for others to understand what I might offer.

“Deciding to enter grad school — and choosing OCAD U’s SFI program instead of a traditional MBA route — was an effort to put a hat on my diverse experiences and to situate my accomplishments within a spectrum that makes more sense to others. The SFI program gave me access to a community of practice that included change makers among fellow students and faculty, while exposing me to innovative business concepts and tools that will support my efforts to begin a career in consulting.”

That community has welcomed Fascinato’s approach. Liberal Arts Professor Suzanne Stein, who is working as advisor to Fascinato on his major research project for the program, enthuses about his generosity and intelligence. She says, “Given David’s experience in high-conflict, high-stakes situations, his comments on group work and functioning are always appreciated. Group functioning is a difficult issue for any cohort, and David’s occasional (respectful) incredulity at the easy pitfalls of dysfunction that graduate student groups are prone to help all of us to get perspective.”

A new mission: From soldier to civilian

“The military is a mission-centric organization with a tremendous capacity to institutionalize learnings and adapt to new challenges,” says Fascinato. “Many of its individual members therefore share a common purpose and dedication to a mutual set of goals. They are also highly resilient and adaptable, knowing how to work as members of a broader team.

“But going from the military to the civilian world, you lose the sense of teamwork, the camaraderie that goes along with that. Moreover, that sense of purpose — of service to others — often vanishes. It can become lonely, even frustrating at times, when you’re out of that community.”

So, in addition to the full-time work of being a new dad and a grad student, Fascinato devotes much of his energy to helping other veterans make that often difficult transition. Fascinato, for instance, is a member of the board of directors of the Treble Victor Group (3V), which enables ex-military leaders to reach their potential in the marketplace. And he serves as the National Lead for Team Rubicon Canada, an organization that unites military veterans’ skills and experiences with those of first responders in order to rapidly deploy emergency response teams around the world; most recently, to help Fort McMurray residents deal with the aftermath of devastating forest fires.

“I want to make the transition experience better for others,” says Fascinato. “I am grateful for everything I learned as a soldier, and my ultimate aim is to give back to a community that has given me so much.”