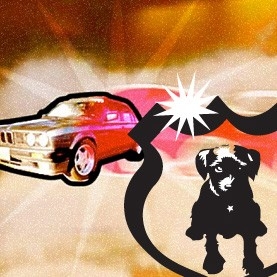 FWDrift [remix] is an improvisational multi-media performance that maps the urban landscape using visual and audio representations of the city interwoven with aspects of a car’s motion and its interior social space. In FWDrift [remix] a custom-equipped, data-gathering car records video imagery of the city manipulated by the interaction of the car and driver. Sounds of the city, and sounds within the private/social space of the car—the engine sounds, conversations, music—are recorded. These video and audio records are the playlist used to generate a live video panorama and a musical soundscape during a FWDrift [remix] performance.

The performance team, Julie Andreyev and Simon Overstall, will cover the conceptual and technical methodologies of FWDrift [remix]. They will provide an overview of the sensors, hardware and software used during a drive and give a short demonstration of the performance aspects of the project. Using video and sound archives generated over the past two years for performances in Zurich, Vancouver, Victoria, New York, and Montreal, they will show how the software is designed to generate live video and audio performances.